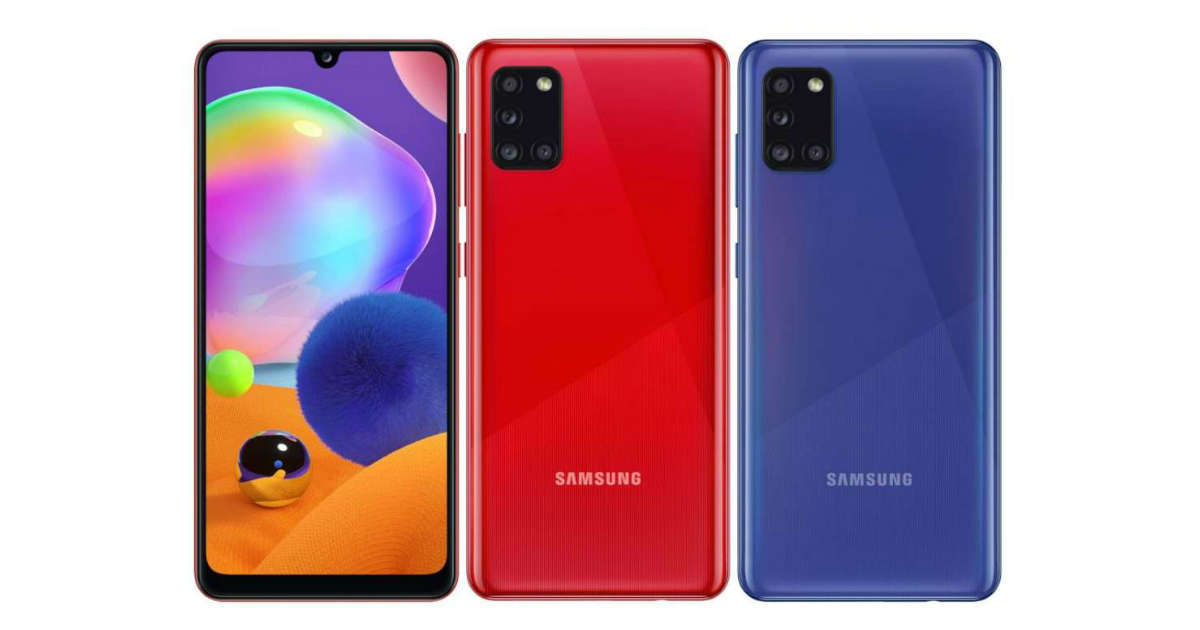 Samsung is all set to add some punch to its mid-range phone offering with its new Galaxy A31 smartphone. The phone which was announced in March 2020 is being readied for launch within the first week of June itself, claimed Indo-Asian News Service.

The IANS report also stated the phone might go on sale for around Rs. 23,000. At that price point, the phone will be competing with the likes of the Vivo V17, Xiaomi Redmi K20 Pro or the Google Pixel 3a XL.

For specifications, the A31 comes powered by the MediaTek Helio P65 chipset and will be available in three memory and storage configurations. That include the base model with 4 GB RAM and 64 storage along with another with the same 4 gigs of memory but double the storage at 128 GB. The top-end version will be having 6 GB of RAM along with 128 GB of storage. Plus, there is the provision to add another 512 GB as well.

Dominating the front is going to be a 6.4-inch Full HD+ Super AMOLED Infinity-U panel. The front display will also be playing host to the in-screen fingerprint sensor as well. Keeping the lights on will be a 5000 mAh battery with support for 15W quick charge. The phone will be running Android 10 with the One UI 2.0 layer on top.

For optics, the A31 comes equipped with four rear cameras which includes a 48 mp primary cam, an 8 mp ultra wide angle lens along with a couple of 5 mp lenses of depth mapping and macro shooting respectively. The front notch will be hosting the 20 mp selfie shooter.