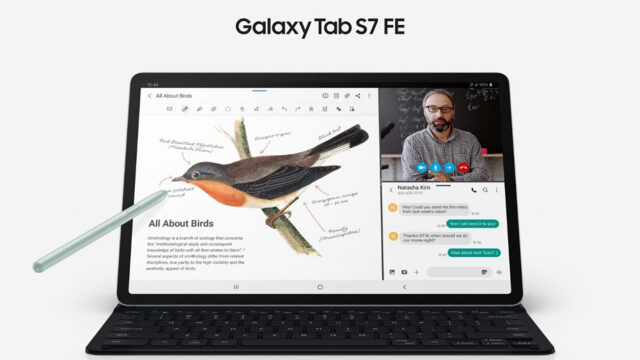 Amazon India has confirmed the Samsung Galaxy Tab S7 FE Wi-Fi only model will be available in India sometime soon. The tablet also has a dedicated landing page on Amazon which provides info about the tablet though crucial details such as the price or exact launch date are missing.

For reference, the Galaxy Tab S7 FE LTE model is already on sale in India for Rs. 46,999. The Wi-Fi version of the same will no doubt be more affordable than this though it is anybody’s guess right now how much cheaper it is going to be. The Amazon page for the tablet is however accepting user registrations where those interested in the device can sign in and receive notifications when the device is eventually available for sale.

For those who might need a refresher on the device, the Galaxy Tab S7 FE happens to be Samsung’s first attempt at a ‘Fan Edition’ model for a tablet device. The company has earlier introduced Fan Edition smartphone devices before. Also, the S7 FE is a pretty impressive device that offers decent specs along with a brilliant 12.4-inch display as well as Dolby Atmos-enabled speakers. That makes it well suited for entertainment as well as for both work and study.

Another great positive with the S7 FE model is that it supports S Pen operations. Samsung is also offering the S Pen bundled with the tablet though it remains to be seen if the same applies to the wireless model of the tablet as well. The tablet is also compatible with Samsung’s DeX platform as well that enables the tablet to be used as a desktop.

Performance though isn’t as great as one might perhaps expect out of it though it isn’t that bad either. Overall, the Galaxy Tab S7 FE does make for a decent tablet and the Wi-Fi-only model might make a lot of sense if it comes with a significant price advantage over its LTE counterpart.