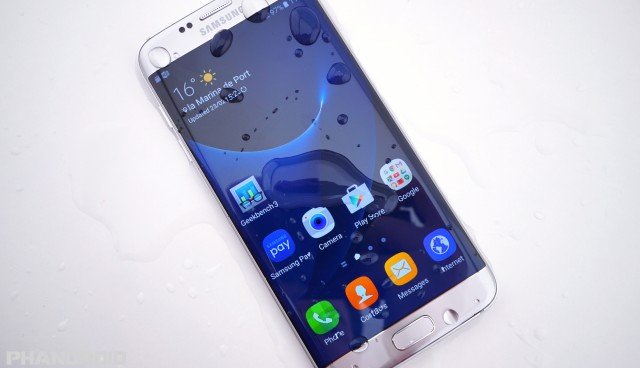 Samsung Galaxy S7 and Samsung Galaxy S7 Edge is launched in India, priced at Rs. 48,900 and Rs. 56,900, respectively. Initially announced at the MWC 2016 event in Barcelona, Samsung officially, made available its newest flagship Galaxy phones in India a couple of days ago. The phones are already available on pre-order from 8th March to 17th March.

Both the phones equip Qualcomm Snapdragon 820 SoC Exynos 8890 Octa and 4GB RAM and come in both 32GB and 64GB internal storage variants (expandable up to 200GB).

On the rear, you will find a Dual Pixel 12MP camera sensor in both Galaxy S7 and Galaxy S7 Edge, backed by a 5MP front-facing shooter. Smart OIS is also on the board with the addition of the new Motion Panorama feature that helps in capturing wide-angle shots.

On the software side, both S7 and S7 Edge is loaded with TouchWiz UI running on Android 6.0.1 Marshmallow. With support for Vulkan, the Galaxy S7 Edge promises to revolutionize the way you deal with mobile graphics.

Packed with fast charging technology on both wired and wireless modes (WPC and PMA), the devices offers support for all major hardware features such as Dual-band Wi-Fi ac, MIMO, Bluetooth v.4.2, ANT+, NFC, MST, and IP68.

Both, Samsung Galaxy S7 and Galaxy S7 Edge include sensors such as accelerometer, proximity, and Gyro among others. Interestingly, the Galaxy S7 Edge is thinner than Galaxy S7 but weighs a tad heavier at 157 grams.