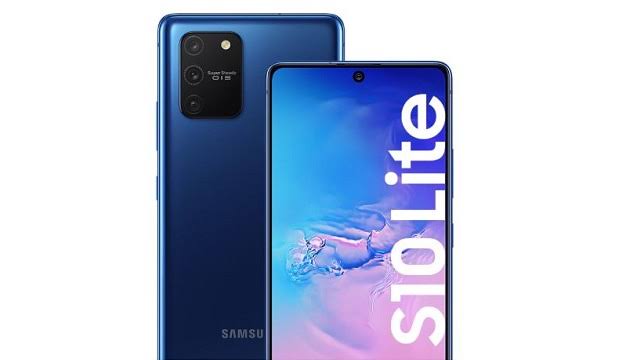 Samsung has now finally launched the Galaxy S10 Lite in India as a more affordable version of the existing Galaxy S10. Unveiled first at CES 2020, the device features Qualcomm Snapdragon 855 SoC, new triple camera setup and a 4,500mAh battery as its main highlights. Let’s have a look at its detailed specs, features, and pricing in India.

The Samsung Galaxy S10 Lite comes with a 6.7-inch Super AMOLED Plus Infinity-O display with a Full HD+ resolution of 2400×1080 pixels and a 20:9 aspect ratio. The panel also features an in-display fingerprint scanner, and as the name says- it gets a punch-hole dot on the top.

Under the hood, the phone gets powered by an octa-core Qualcomm Snapdragon 855 processor, paired with 8GB of RAM and 128GB of UFS 2.1 internal storage. The storage supports further expansion up to 1TB using a microSD card. Evidently, the company has skipped the 6GB RAM model for the Indian market.

For photography, the S10 Lite gets a new triple camera setup housing a 48-megapixel (f/2.0) primary sensor with Super Steady OIS (first Samsung phone to get this feature), a 12-megapixel (f/2.2) ultra-wide-angle sensor with 128-degree field-of-view, and a 5-megapixel (f/2.4) macro camera. For selfies, there’s a 32-megapixel unit with f/2.2 aperture upfront.

The device runs Samsung’s new OneUI 2.0 on top of Android 10 and houses a massive 4,500mAh battery. The company claims a total endurance of two days and will be bundling a 25W fast charger in the box. There’s no wireless charging, though.

The Samsung Galaxy S10 Lite has been priced at Rs. 39,999 for the 8/128GB model in India. It will be available in Prism White, Prism Black, and Prism Blue colour options with sales commencing February 4 via Flipkart, Samsung.com, and major offline stores. That said, the phone is already up for pre-orders starting today.

As for the launch offers, those who pre-book the device would get one-time screen replacement at just Rs 1,999, covering accidental screen damage within a year of purchase. Besides, Samsung is also offering Rs. 3,000 discount on payments made using ICICI Bank credit cards.