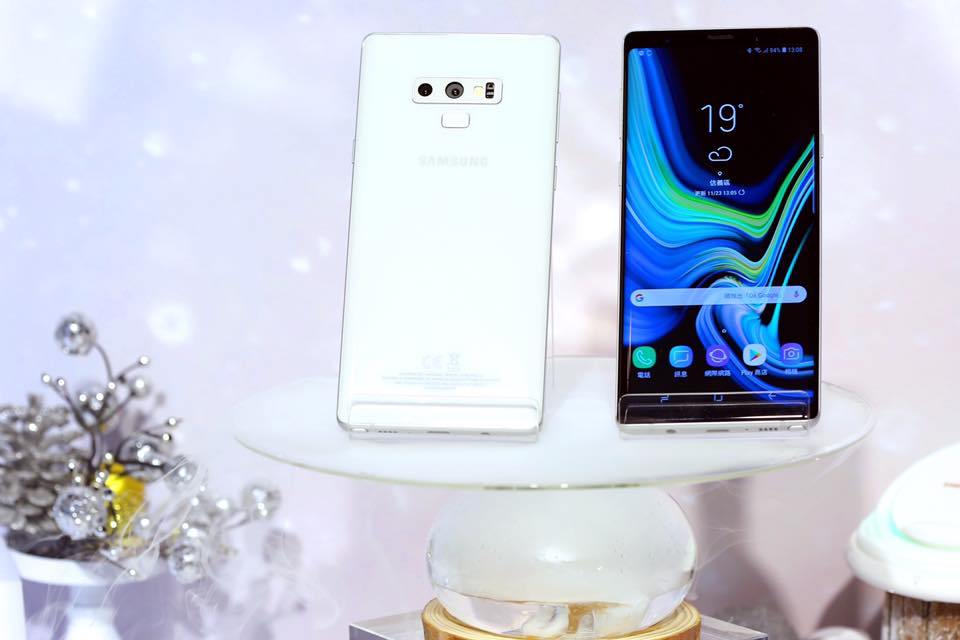 After being in leaks and rumours for many days, the Samsung Galaxy Note 9 finally debuts in a “First Snow White” colour option, that too just a day ahead of Christmas.

Teased by the company earlier this week, the device was reported to launch on Nov 23, barring which, it managed to land on Black Friday instead.

Following the same, folks at SamMobile believe that the launch was explicitly done to celebrate the first snowfall of the year in Taiwan. Yes, as of now, its availability is limited to Taiwan, and there is no confirmation whether it will come to other regions in the coming time.

As far as the design goes, the device bears a black front and a white coloured rear panel, backed by a silver coloured aluminium frame; the S-pen takes silver accents as well.

Moving on, it will be available in a single 6/128GB version, set to be sold exclusively via Samsung Experience Hall, Samsung Mall, Samsung Smart Pavilion and Chungha Telecom from December for a price of NT$ 30,900 (roughly Rs. 70,500). The company will also be shipping a free white coloured limited edition Wireless Fast Charger worth NT$ 1,190 (approximately Rs. 2,700) to the customers who order the device before Dec 31.

Key specifications of the phablet include a 6.4-inch Infinity AMOLED display which boasts a Quad-HD+ resolution of 2960×1440 pixels and HDR10 support.

Under the hood, the device gets powered by Snapdragon 845/ Exynos 9810 SoC (depending upon region) along with 6GB of RAM and 128GB of internal storage. It is also offered in a higher 8/128GB variant and further incorporates a microSD slot allowing users to add another 512GB storage.

For photography, the Samsung Galaxy Note 9 boasts a dual 12MP + 12MP camera set up on the rear along with 8MP selfie camera on the front.

Fueling up the device is a massive 4000mAh battery that supports fast charging as well as wireless charging. Other notable features include 3.5mm headphone jack, IP68 dust, and water resistance, along with a fingerprint sensor on the rear.