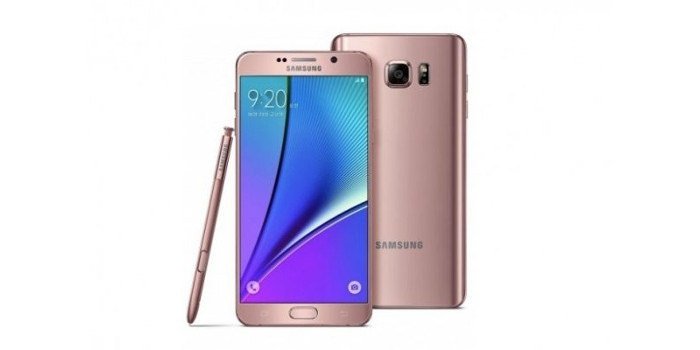 Note: This article was updated June 26, 2016, based on the latest news, leaks, and rumors about the forthcoming Galaxy Note 8

After the unfortunate demise of the Galaxy Note 7, rumors started flying about that Samsung may kill its popular Note series. That said, Samsung has officially confirmed that Galaxy Note 8 is indeed in the works, and the Korean manufacturer is expected to release its next flagship phablet sometime around Q3 2017.

In an interview with CNET, Samsung’s mobile chief D.J. Koh officially confirmed that the Note line would carry on with the Galaxy Note 8.

“I will bring back a better, safer, and very innovative Note 8,” Koh said in the interview.

Samsung still has a lot of time to ensure the Galaxy Note 8 doesn’t suffer the same hardware glitches found in its predecessor. Now, that we officially have the existence of the Galaxy Note 8, we’ve gathered all the information about the upcoming flagship phablet. Read more to find out.

According to key sources, the Galaxy Note 8 is expected to feature a 6.3-inch Infinity Display, similar to the one found on the Galaxy S8 Plus with an 18.5:9 aspect ratio AMOLED edge-to-edge display. In terms of resolution, the device is expected to sport a 4k display with a resolution of 3840 x 2160 pixels.

Also, Samsung will likely borrow key design elements from the Galaxy S8 for the Galaxy Note 8, mostly with a massive ‘Infinity Display’ with almost minimum or no bezels.

Under the hood, the phablet is said to get powered by two octa-core processors – one of them rumored to be Qualcomm’s Snapdragon 835, while the other is said to be Samsung’s in-house Exynos 8995 processor. These processors are to be accompanied with 6GB, or possibly 8GB of RAM. In terms of storage, the Galaxy Note 8 is said to pack 128GB of built-in storage plus microSD expandability.

Other rumored features include a much-improved S-pen that is supposed to come with its own speaker. Key sources suggest that Samsung has upgraded the S-Pen with enhanced capabilities such as currency conversions and full sentence translation. In addition, it’ll also get the ability to pin handwritten notes to the Always On display. Besides, the unannounced Galaxy Note 8 is also expected to come with Bixby Voice Assistant along with improved split-screen multitasking.

A recent report also claimed that the Galaxy Note 8 would mark the return of the removable battery. The report further suggests that having a removable battery also ensures it doesn’t suffer the same issues as the doomed Galaxy Note 7. After reports of the Note 7 catching fire and exploding, Samsung along with other agencies have been working hard to find the real cause behind Note 7 explosions. And they’re expected to implement these findings and ensure that it doesn’t experience the same problems as its predecessor. The Galaxy Note 8 is tipped to feature a 3300mAh battery, which is apparently smaller than the one found on the Galaxy S8.

The latest Galaxy S8’s camera isn’t much of an upgrade compared to its predecessor. But it appears Samsung has something in store for the upcoming Galaxy Note 8. KGI Securities Analyst Ming-Chi Kuo, better known for his leaks about upcoming Apple products, suggests that the Note 8 could pack a dual-camera setup. He further mentions features such as dual optical image stabilization along with a six-piece lens construction. If this turns out to be true, the Galaxy Note 8 camera could beat Apple’s iPhone 7 Plus camera setup. Besides, this would also allow Samsung to take on the upcoming special anniversary iPhone 8, as Samsung plans a late launch for the Galaxy Note 8, possibly after the Apple launches its refreshed iPhone range this fall.

Being a flagship phone with the usual high-end features such as fingerprint sensor, Iris scanner, waterproofing, dual-camera setup, there’s no denying the Galaxy Note 8 will carry an exorbitant price tag. According to a report by VentureBeat, the Galaxy Note 8 will retail at around $900. If this happens to be true, the device will be most expensive handset ever from Samsung.

As far as release date goes, a Reuters report suggests that the Galaxy Note 8 could go official at an event in New York. Also, South Korean website Naver citing anonymous Samsung insider has tipped that device could be unveiled on August 26.

The Naver report further goes on to say that the date hasn’t been finalized yet. If this happens yo be the case, the Galaxy Note 8 release could be pushed back closer to the IFA event, which kicks off on September 1. In contrast, a few sources also suggest the device will be unveiled in the second half of September.

In any case, a launch in August does make sense as this would let Samsung have the early bird advantage before Apple’s unveils the upcoming special anniversary iPhone 8.