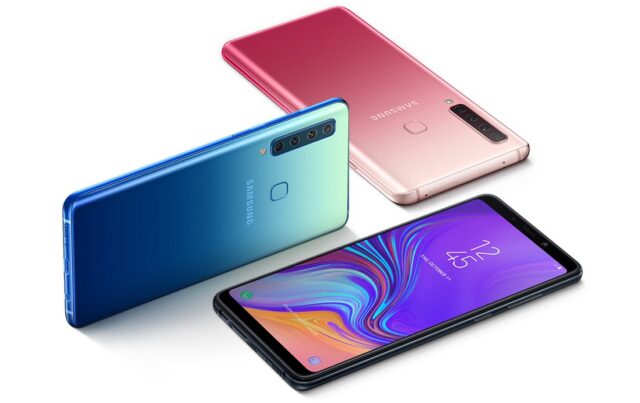 The recently launched Samsung Galaxy A9 (2019) i.e. the world’s first smartphone with four rear cameras will reportedly come for a price of Rs. 39,000 in India.

The Galaxy A9 (2018) was unveiled first a few days ago, at an event held in Kuala Lumpur, Malaysia. After which, the device was tipped for an imminent Indian launch. Now, the device has been listed on Samsung India’s official website and the source code of the same reveals the Indian pricing to be Rs. 39,000, spotted first by the guys at 91Mobiles.

With a price tag of Rs. 39,000 for the base model with 6GB of RAM and 128GB of storage, the Galaxy A9 (2018) will compete head-to-head with the recently launched OnePlus 6T in the country. It’s quite surprising to see this price in India due to the fact that it retails for €599 in Europe which roughly translates to Rs. 50,000 and is much higher than the suspected Indian price tag.

Under the hood, the device is powered by Qualcomm Snapdragon 660 AIE SoC coupled with Adreno 512 GPU, 6GB/ 8GB of RAM and 128GB of inbuilt storage which can be expanded further up to 512GB using MicroSD card.

As mentioned, it bears a total of four cameras at the back, featuring a 24-megapixel primary sensor with f/1.7 aperture, a 10-megapixel (f/2.4) telephoto shooter aiding the 2x optical zoom, an 8-megapixel ultra-wide camera with 120-degree lens and f/2.4 aperture, followed by a 5-megapixel depth sensor with f/2.2 aperture. While at the front, the handset gets a 24-megapixel shooter with f/2.0 aperture for selfies.

On the software front, the device runs on Android 8.1 Oreo with Samsung’s Experience UX layered on top. Furthermore, it draws its juice from a sufficiently large 3,800mAh battery with fast charging support. Connectivity options like 4G VoLTE, dual-band WiFi 802.11ac, Bluetooth v5.0, NFC, a USB Type-C port, and a 3.5mm headphone jack are given onboard.