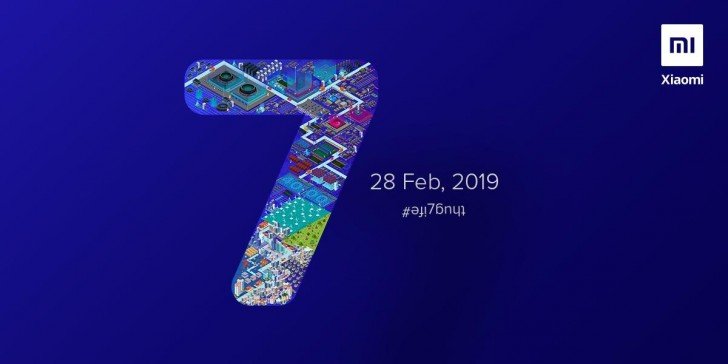 Xiaomi’s sub-brand Redmi recently launched the Redmi Note 7 in homeland China. Now, the company seems to be gearing for the Indian launch of the same on Feb 28th. In the meanwhile, Redmi has dropped a new teaser which suggests that the Redmi Note 7 Pro might also be sharing the stage with its sibling. Nonetheless, the teaser also hints at the presence of an In-display fingerprint scanner on the Redmi Note 7 Pro.

The hint comes from the recent Easter egg posted by Redmi India on its official Twitter handle. The company asked the audience to find humans in a 48MP (6000 X 8000 pixel) PNG image of number 7. While the image is filled with a number of easter eggs suggesting a 48MP dual camera setup, 4000 mAh battery, a Qualcomm Snapdragon processor, it also hints at a fingerprint scanner under the display.

Notably, the Chinese Redmi Note 7 doesn’t offer an In-display fingerprint scanner. The hint of the presence of the same on the Indian unit suggests two possible case scenarios. Either Redmi is launching Redmi Note 7 with different specifications or is all-together bringing both the Note 7 and Note 7 Pro to the Indian market.

The Redmi Note 7 comes with Qualcomm Snapdragon 660 SoC. The Note 7 Pro, on the other hand, will reportedly arrive with Snapdragon 675 platform. Also, though both the models have a 48MP camera at the rear, the sensors are different. Note 7 incorporates a 48MP Samsung’s Isocell GM1 sensor while the Note 7 Pro is confirmed to get Sony’s IMX586 sensor with 48MP resolution.

The Redmi Note 7 Pro is tipped to get a 6.3-inch OLED display with FHD+ resolution. The device will also incorporate a water-drop notch on top, followed by an in-display fingerprint scanner.

Under the hood, it’ll be powered by Snapdragon 675 SoC based on 11nm architecture, coupled with 4GB RAM and 64GB storage.

For photography, the device will feature a dual camera setup on the back with a 48 MP primary camera and a 5 MP depth camera. Up front, the handset will have a 13 MP selfie camera with 1080p video recording support. Moreover, it will reportedly get a 4000mAh battery with support for Qualcomm Quick Charge 3.0 via USB type C port and a dedicated 3.5 mm headphone jack.

Given that Oppo came up with Oppo K1 with In-display FP and SD660 at Rs. 16,999, it is entirely possible for Redmi to pack in the specs mentioned above at a similar price tag. Let’s wait for the launch to reveal exact information about the device. Till then, stay tuned.