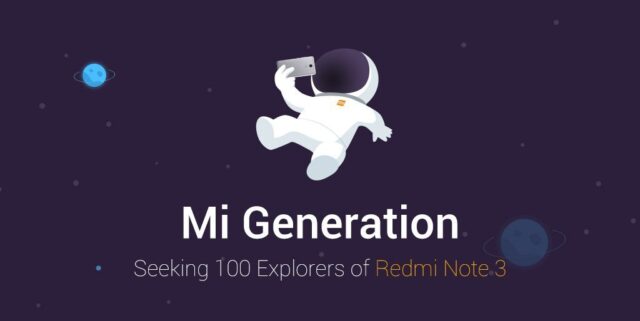 Xiaomi is expected to launch Redmi Note 3 in India by the end of January. Although the company has not confirmed the launch and availability of its phone in the Indian market, however, it now seeks hundreds of explorers to involve in the test drive.

Manu Kumar Jain, Country Head- India at Xiaomi made an update on social media concerning exciting opportunity to become one of the hundred Redmi Note 3 explorers.

The registration page closes at 12 PM on January 15. If selected, registrants will be allowed to have a first-hand experience of the device before the official release.

In addition, selected Mi fans can also be a part of the official Redmi Note 3 launch event in India, which is expectedly scheduled for 31st January. Reportedly, Xiaomi will also offer Mi bands for the 100 explorers.

We logged in to the registration page and found several questions for which need to be answered. Xiaomi may also ask registrants to write a detailed review of the device on the launch date.