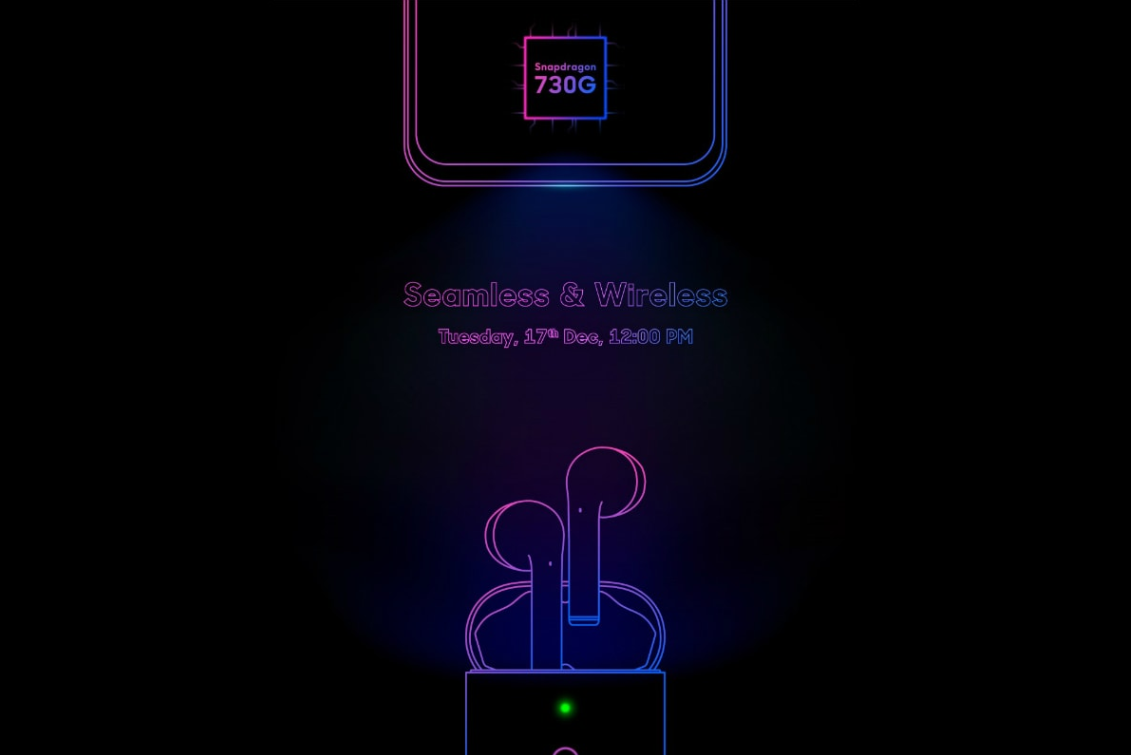 Realme has now announced a new launch event, set for December 17 at New Delhi in India. Wherein, the company will be launching a new smartphone- Realme XT 730G and budget alternative to Apple AirPods, dubbed as Realme True Wireless Earbuds.

Instead of Snapdragon 712 on the Realme XT, this one will be powered by much powerful Qualcomm Snapdragon 730G SoC which is a gaming-centric chip built on 8nm process. It’ll further be coupled with 6GB and 8GB LPDDR4X RAM options.

The device will also feature a quad-camera setup at the rear, comprising of a 64-megapixel primary Samsung GW1 sensor and an 8-megapixel secondary sensor. Also, there’ll be a 32MP selfie camera, compared to the 16MP unit found on the XT.

Other specs will include 64 and 128GB storage options, and a 4,000mAh battery with support for 30W VOOC 4.0 Flash Charge technology.

As per the teasers posted by the company on Twitter, the Realme Wireless Earbuds will arrive in Black, White and Yellow colour options. According to the sketch and images, the design looks very similar to Apple AirPods with periscope-shaped earplugs. And as expected, the earbuds will be bundled with a small charging case having an LED light.