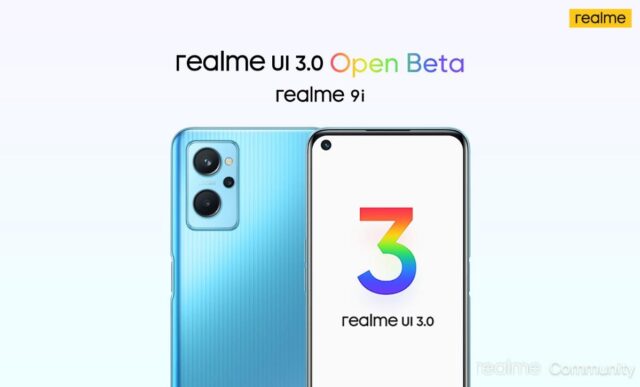 The update also reaffirms realme’s commitment to providing regular and timely updates to its devices. And continuing the trend realme 9i, launched on January 18, 2022  is fetching the July realme UI 3.0 open beta update. The most recent Open Beta version will be selected as the stable version and sent to all users.

realme UI 3.0 will retain the product’s seamless fun inspiration while also enhancing functionality, fluency, customizability, security, and privacy, all of which are vital to young consumers. realme UI 3.0, which is based on Android 12, offers limitless customization choices to cater to Gen Z’s insatiable curiosity and inventiveness.