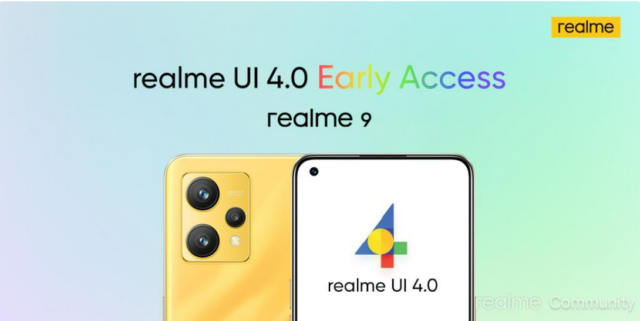 realme, the most trusted smartphone brand, has started early access rollout of realme UI 4.0  for the users of realme 9 following the realme Android 13 roadmap.

The update also reaffirms realme’s commitment to providing regular and timely updates to its devices. And continuing the trend realme 9 is now fetching the January realme UI 4.0 early access and applications will be accepted in batches beginning on 13th January 2023. The update will be available for a limited set of users initially.

As one of the first operating systems based on the newly released Android 13, realme UI 4.0 incorporates a number of key Android 13 features while improving four key areas: design, interaction, fluidity, and security, to provide a comfortable and seamless user experience. realme UI 4.0 will stay true to the product’s inspiration of seamless fun while also improving functionality, fluency, customizability, security, and privacy, all of which are important to young users. realme UI 4.0 based on Android 13 brings unlimited customization options to meet Gen Z’s rich imagination and creativity.