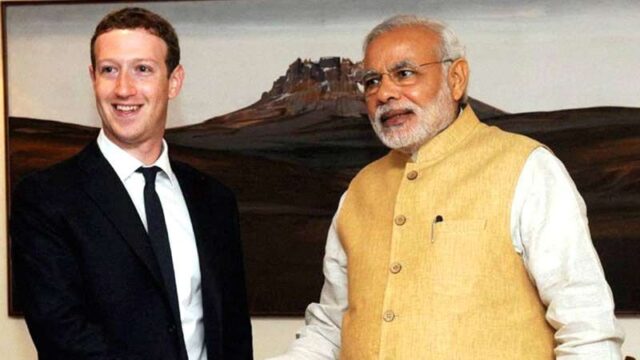 California: The Prime Minister of India, Mr. Shri Narendra Modi, has accepted the invitation by the founder and CEO of Facebook.Inc, Mr. Mark Zuckerberg, for a Q&A session at the Facebook Townhall.

As per reports, the topic of discussion would be: “How communities can work together to address social and economic challenges?” The Indian PM is due to make the visit on September 27, 2015.

Mr. Zuckerberg expressed his delight and excitement, at the acceptance of the invitation by the Prime Minister of India. “I will be posting the live video here, and it will also be available on Prime Minister Modi’s page”, Zuckerberg wrote on his official page.

He further revealed that he met the Indian PM on his visit to India last year and is honored to have his company host him.

However, the most exciting part of this session is that the global population has been given a chance to ask the questions.

On his Facebook page, Mr. Zuckerberg asked his fans to add their queries for the PM in the comments of his post.

Unfortunately, due to the time limitations, only a few of these queries would be entertained.

It is also expected that the two would hold discussions about digital expansion in the country. Currently, about 125 million of the total 1.44 billion Facebook users come from India. This is the largest Facebook user base, outside of the US.

Mr. Narendra Modi has been equally excited about the visit and has also extended his gratitude to the Facebook CEO for the invitation. The visit has been strategically planned to coincide with the PM’s visit to the UN, where he will be meeting with the world leaders, from September 23 to 28.