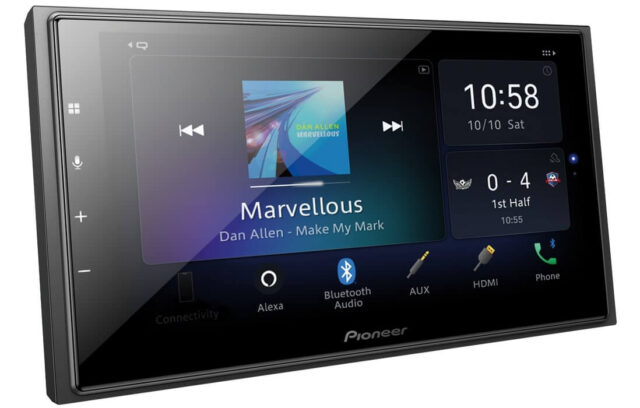 Pioneer, a household name in the field of in-car entertainment, is ready to take things to a new height with its new range of three Car AV Receivers. The highlight of the three car AV receivers is that they come with Alexa built-in, making them perfect for operation via voice commands.

The car AV receivers also help in safe driving, given that users just have to ask Alexa for things that need to be done or the information that is needed. For instance, simply asking for driving direction will be enough for the relevant map to be shown on the display. Similarly, you can play music, get weather info, play audiobooks, get news updates, and plenty more, thanks to Alexa built-into the device.

Another huge positive with the new range of Pioneer car AV receivers is that they support both Apple CarPlay and Android Auto. That way, both allow for making phone calls without having to lift your eyes off the road. Both the car interface systems from Apple and Google present the info that might be needed by the driver, thereby making driving safe and easy.