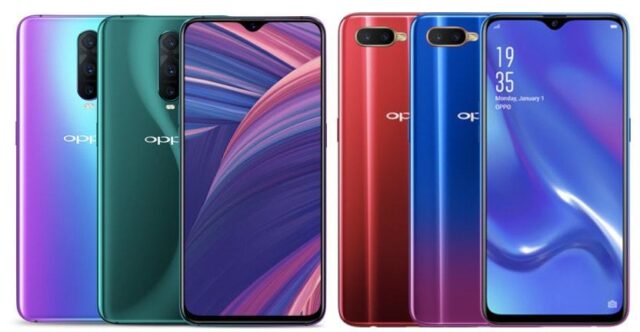 The Chinese smartphone giant Oppo unveiled the Oppo RX17 Pro and Oppo RX17 Neo smartphones for the European market on Thursday, at an event held in Milan, Italy.

These new premium mid-range devices from Oppo are the global versions of R17 Pro and R17 Neo that debuted back in August followed by the Japan launch in October. Let’s talk about the specifications and features of both the phones in detail.

The OPPO RX17 Pro is the top-end model of the two. It bears a glass sandwich design with a glossy shiny back and a water-drop Notch at the front.

As for the specs, the OPPO RX17 Pro sports a large 6.4-inch AMOLED display with a Full-HD+ resolution of 2340 x 1080 pixels in an aspect ratio of 19:9. It is further protected by Corning Gorilla Glass 6 and aids to an impressive screen-to-body ratio of 91.5%. Under the display, resides an optical In-display fingerprint scanner and hence it skimps on a physical one.

Under the hood, the device is powered by Qualcomm Snapdragon 710 chipset coupled with Adreno 616 GPU, 8GB of RAM and 128GB internal storage which can be further expanded up to 256GB.

In the optics department, the RX17 Pro gets a triple camera setup at the rear, featuring an optically stabilized 12-megapixel primary shooter with PDAF and a variable aperture of f/1.5-2.4, clubbed with a 20-megapixel secondary shooter having an aperture of f/1.6. Interestingly, the third one is a Time of Flight (TOF) 3D stereo camera, used for collecting accurate depth information. At the front, we have a 25-megapixel AI shooter for selfies.

On the software front, it runs on ColorsOS 5.1 layered on top of Android 8.1 Oreo and is backed by a 3,700mAh battery that supports SuperVOOC Flash Charge that is claimed to charge the device from zero to 40 percent in just 10 minutes. 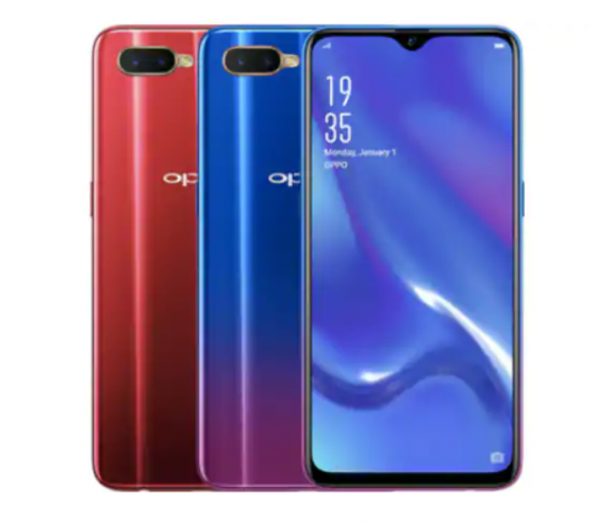 The OPPO RX17 Neo looks more or less similar to the recently launched Oppo F9 Pro but borrows most of its specs from the RX17 Pro. It sports the same 6.4-inch Full-HD+ AMOLED display in an aspect ratio of 19:9 which further houses an in-display fingerprint scanner.

However, unlike the Pro, this packs a slightly less powerful Qualcomm Snapdragon 660 SoC at its core, coupled with Adreno 512 GPU, lesser 4GB of RAM and 128GB of storage that can be expanded further using a MicroSD card.

For photography, it relies on a dual camera set up at the back, comprising 16-megapixel primary unit with a f/1.75 aperture and a 2-megapixel secondary unit with a f/2.4 aperture. The front notch houses the same 25MP AI shooter as on the aforementioned.

The phone draws its juice from a 3,600mAh battery while the connectivity options given onboard include Dual 4G VoLTE, Wi-Fi 802.11ac, Bluetooth v5, GPS, Micro USB port (Yes, No type-C here), etc.

The OPPO RX17 Pro will be available in Radiant Mist colour and a special Emerald Green colour exclusive only to the European market, for a price of EUR 599 Euros (roughly Rs. 49,800). On the other hand, the RX17 Neo comes in Mocha Red, and Astral Blue colour options and will be sold for EUR 349 (roughly Rs. 29,000) with sales starting from November 16 in Italy, France, Spain, and the Netherlands. Let’s see if the R17-series can make it to India anytime soon. Till then, stay tuned.