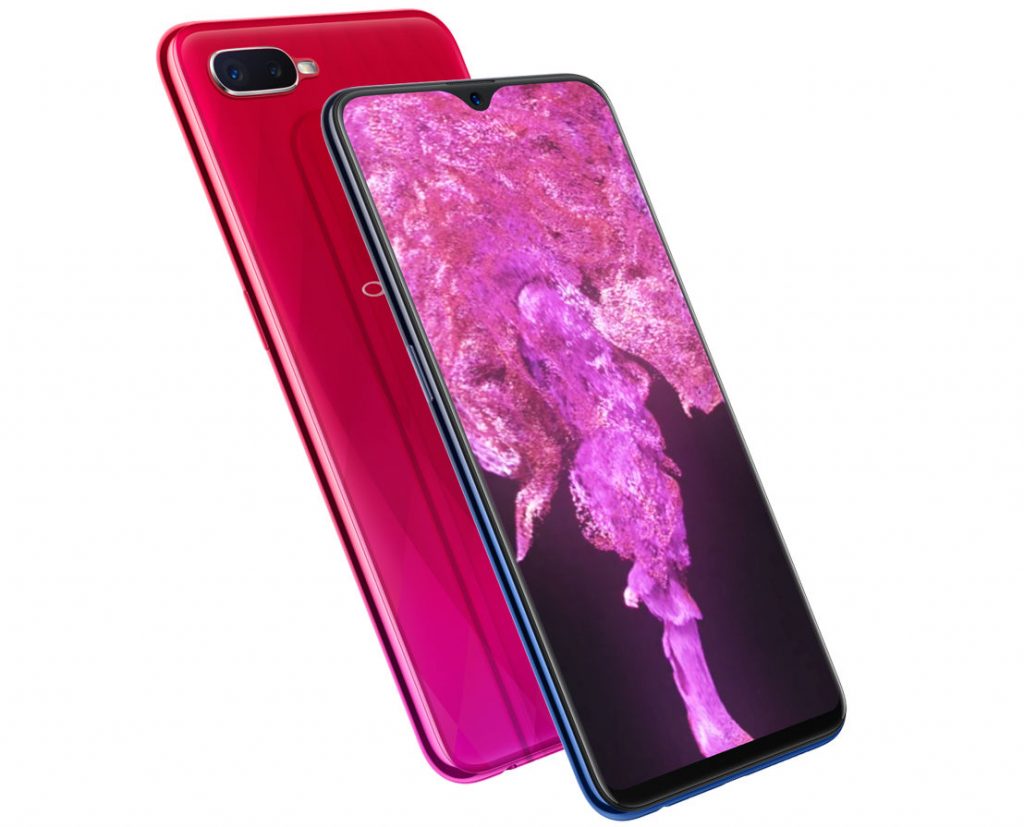 Oppo has lined up a new competitor in the budget flagship segment in the form of the F9 and the more up-rated F9 Pro. Both the phones come with top-notch specs and alluring looks while coming across as another alternative to the likes of the OnePlus 6 and its ilk.

What makes the new F9 Pro range exciting right away is its looks, with the water drop notch at the top being among the most eye-catching design aspect of the phone. Bezels along the sides are virtually non-existent though there is a thin strip of it along the bottom. All of it makes for a body to screen ratio of 90.8 percent which clearly is among the highest with any budget premium phones in recent times.

Both the Oppo F9 and F9 Pro boasts of the same exterior design and build. The display at 6.3-inch is also another common aspect with both the handsets, as is the 2340 x 1080 FHD+ resolution that applies to both the phones. Powering both the model is the octa-core MediaTek Helio P60 chipset and ARM Mali-G72 GPU combo.

Another common aspect with both the phones is 64 GB of native storage through the F9 comes with a 4 GB RAM while the F9 Pro features 6 gigs of it. The front notch brings back memories of the Essential phone and is just big enough to accommodate the earpiece, sensor, and the 25-megapixel selfie camera. Other highlights of the selfie cam include support for HDR along with f/2.0 aperture.

The rear feature a dual camera setup comprising of a primary sensor of 16-megapixel and f/1.8 aperture along with a secondary sensor of 2-megapixel and f/2.4 aperture. Then there also is the customary LED flash to allow for distinct shots even in low light conditions. Another unique aspect with the rear camera is that it supports portrait mode as well as AI backed scene recognition technology.

Keeping the lights on is a 3500mAh battery which complies with the VOOC fast charging technology. Oppo claims the battery will be able to top up enough to allow for 2 hours of talk time within just 2-mins of charging. This apart, the phone runs Android 8.1 Oreo right off the gates, with the company’s proprietary ColorOS 5.2 running on top.

As for the price, the base F9 will set on back INR. 19,990 while the F9 Pro is going to cost one INR. 23,990. Both the phones will be available exclusively from Flipkart and will ship starting Aug. 31. Pre-orders for both the phones are currently being accepted.