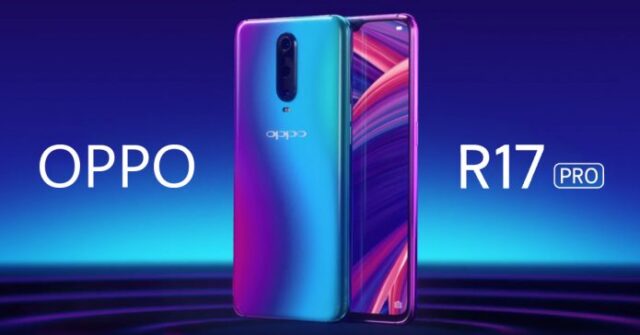 A couple of months after the Chinese launch, the company has now unveiled its flagship OPPO R17 Pro and OPPO R17 smartphones in India, later today, at an event held in Mumbai.

The OPPO R17 Pro brings in a stunning glass sandwich design adorned by a water-drop notch upfront and gradient finish at the back. Notable highlights of the handset include an In-display fingerprint scanner, 8GB of RAM and triple rear cameras.

The OPPO R17 Pro sports a large 6.4″ AMOLED panel with a Full-HD+ resolution of 1080×2340 pixels and a 19.5:9 aspect ratio. The display further touts an impressive screen-to-body ratio of 91.5% and a layer of Corning Gorilla Glass 6 protection. As mentioned, it also bears an In-display fingerprint scanner for unlocking the phone.

Under the hood, the device gets powered by an octa-core Qualcomm Snapdragon 710 SoC coupled with Adreno 616 GPU, 8GB of RAM and 256GB of onboard storage. The given microSD card slot allows for storage expansion up to 256 GB. 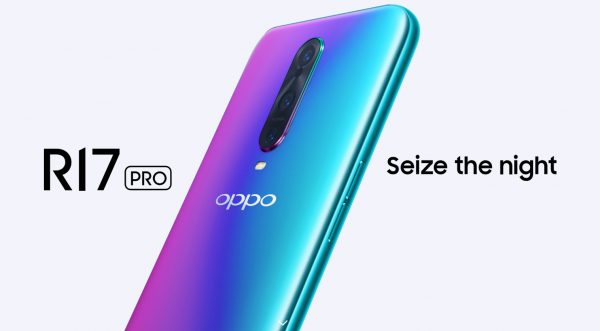 For photography, the Oppo R17 Pro gets a triple camera setup at the back. The configuration comprises a 12-megapixel primary sensor with f/1.5-2.4 variable aperture, reminiscent of the one on Samsung Galaxy Note 9. There’s also a 20-megapixel sensor with f/2.6 aperture, accompanied by a Time Of Flight 3D stereo camera that captures depth information for 3D-like photos. At the front, we have an AI-powered 25-megapixel selfie shooter with f/2.0 aperture for selfies and video calls.

On the software front, the OPPO R17 Pro runs on ColorOS 5.2 based on Android 8.1 Oreo. Fueling up all this is a massive 3,700mAh battery that incorporates SuperVOOC fast charging. It is the first smartphone to debut with this technology in India and is rated to juice up from 0-40% within 10 minutes. 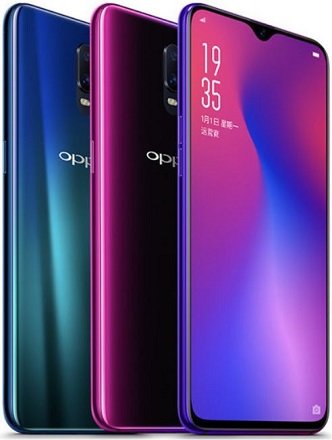 Surprisingly, OPPO has also unveiled the toned-down version of the aforementioned i.e. the OPPO R17 during the event. The R17 sports similar design and display except for the fact that it packs Qualcomm Snapdragon 670 instead, along with 8GB RAM and 128GB of internal storage.

For photography, the R17 packs a 16-megapixel primary camera with f/1.8 aperture and 1.22um pixels followed by a 5-megapixel depth sensor on the rear. Yes, it lacks the perks of hosting triple sensors. At the front, it has an AI-powered 25-megapixel front shooter for selfies.

Just like its elder sibling, the R17 features an In-display fingerprint scanner and Face Unlock. All of this is backed by a 3,500mAh battery that supports VOOC Flash charge (instead of SuperVOOC). Rest all things remain the same.

The OPPO R17 Pro is priced at Rs. 45,990 for the sole model with 6GB RAM and 128GB storage while R17 is tipped at Rs. 34,990. The R17 Pro will be available in two colour options including Mist and Green with sales starting from Dec 7 while the pre-orders are already live. The company is also offering a free one-time screen replacement in addition to the Jio-OPPO Monsoon offer (check the official site for T&C).