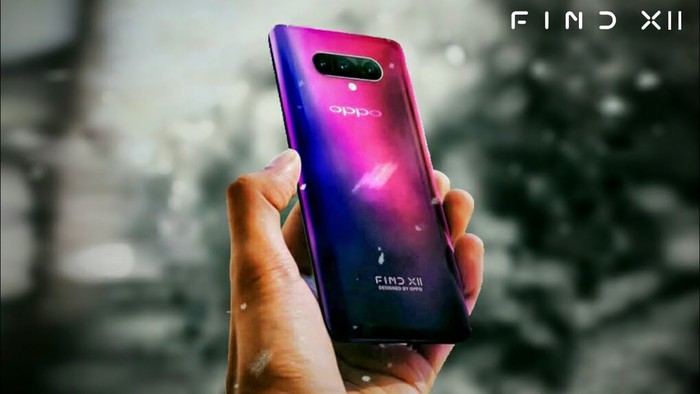 Oppo Find X2, the successor to the original Find X, was supposed to launch this February 22 at Mobile World Congress 2020. However, MWC was cancelled due to raising Coronavirus concerns. Following which, the company rescheduled the event for March. That said, the phone has already appeared on a Vietnamese retailer’s website, revealing its key specifications and price.

Notably, the phone has been listed by the official Oppo account at Shopee Mall for 40,000,000 Vietnamese dongs. It roughly translates to about $1700 or Rs. 1,23,000, which seems on the expensive side. Anyway, we suggest taking the listed price as only a tentative indication.

Talking of the specifications, the Oppo Find X2 will come with a 6.5-inch AMOLED display with Gorilla Glass 6 on top. While the images on the listing are of the old Find X, previous leaks suggest the presence of punch-hole selfie camera on the sequel. The panel is also said to come with WQHD+ resolution and a high 120Hz refresh rate.

At the back, the phone has a 48-megapixel primary camera, coupled with 13-megapixel and 8-megapixel sensors. While there’s no info regarding the functionality of these sensors, one of them could be an ultra-wide-angle unit. The primary camera is capable of shooting 2160p@30fps and 1080p@240fps, followed by 720p@960fps slow-mo support. The camera will also feature Sony’s new all pixel omnidirectional PDAF technology which is a dual-pixel technology working with vertical and horizontal details.

Now, there’s no word on the phone’s processor. Though, the company has already confirmed it to carry top-of-the-line Qualcomm Snapdragon 865. The base variant will have 8GB RAM and 256GB storage, followed by a 12GB RAM option, as seen previously in the leaked benchmarks.

Furthermore, the listing states the phone to have a 4,065mAh battery. While there’s no info on charging, we expect it to have 65W Super VOOC 2.0 wired charging. It might also support fast 30W wireless charging.

Amongst other specifications, the device will flaunt 3D face unlock. And while the listing mentions 4G, it could also have 5G variants for selected regions.