Oppo has lately been launching a lot of mid-range smartphones with eye-catchy design and attractive features. One such phone is the Oppo F15, unveiled in January this year as the company’s first launch of 2020. Now that it’s been around for two months and we’ve spent enough time with the device, let’s see if it manages to stand out in a segment dominated by the likes of Xiaomi, Realme, and Poco. Here’s our full review for the Oppo F15.

Before starting with the Oppo F15 review, let’s have a look at the device’s specifications, pricing and things we get inside the retail box. 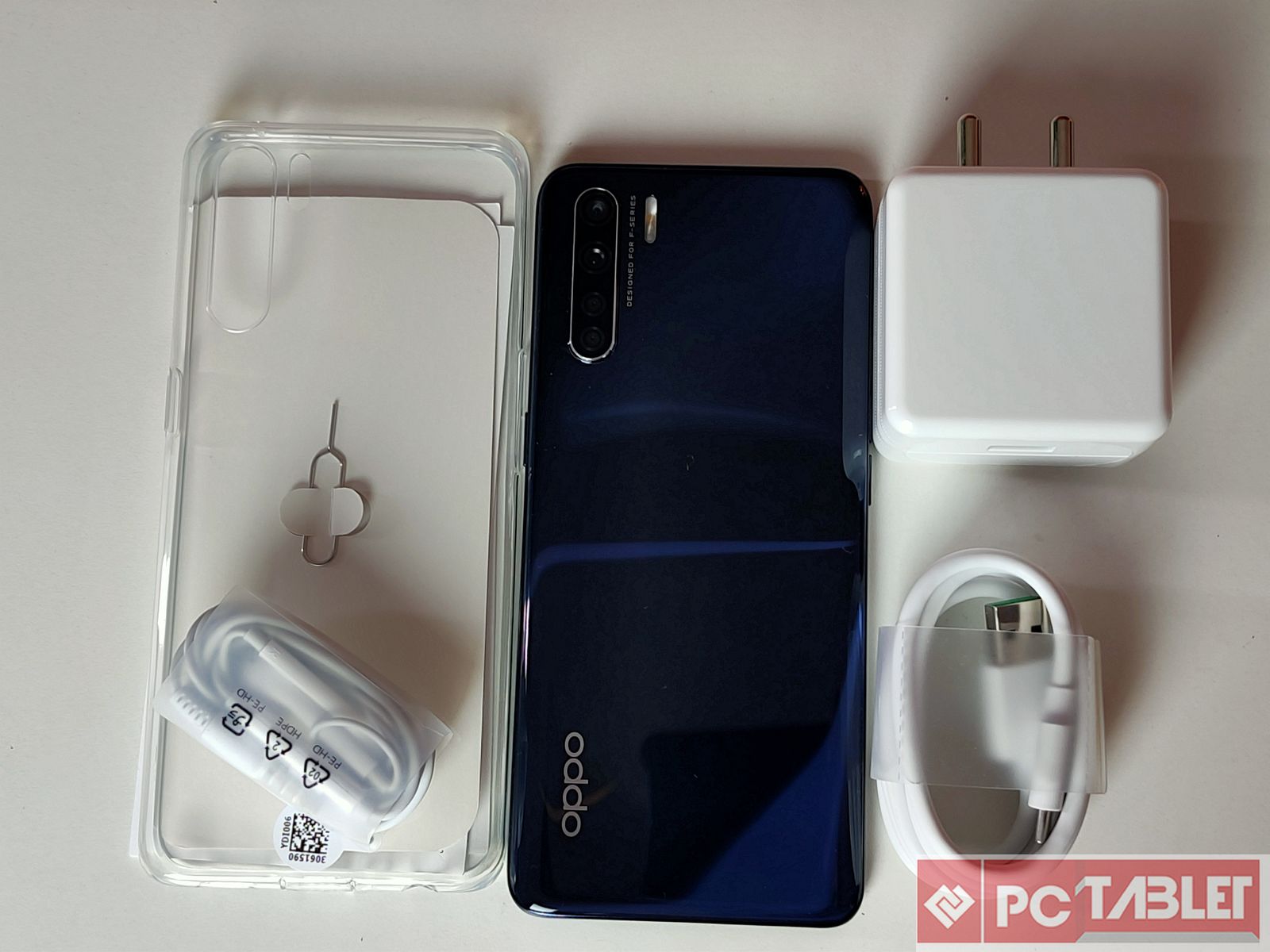 Oppo smartphones have always looked good, and the F15 is no different. For starters, it comes in two colour options-  Lightning Black and Unicorn White. The former we have here looks quite sleek with the dark blue-black gradient, coupled with beautiful reflective patterns which add to the overall appeal. 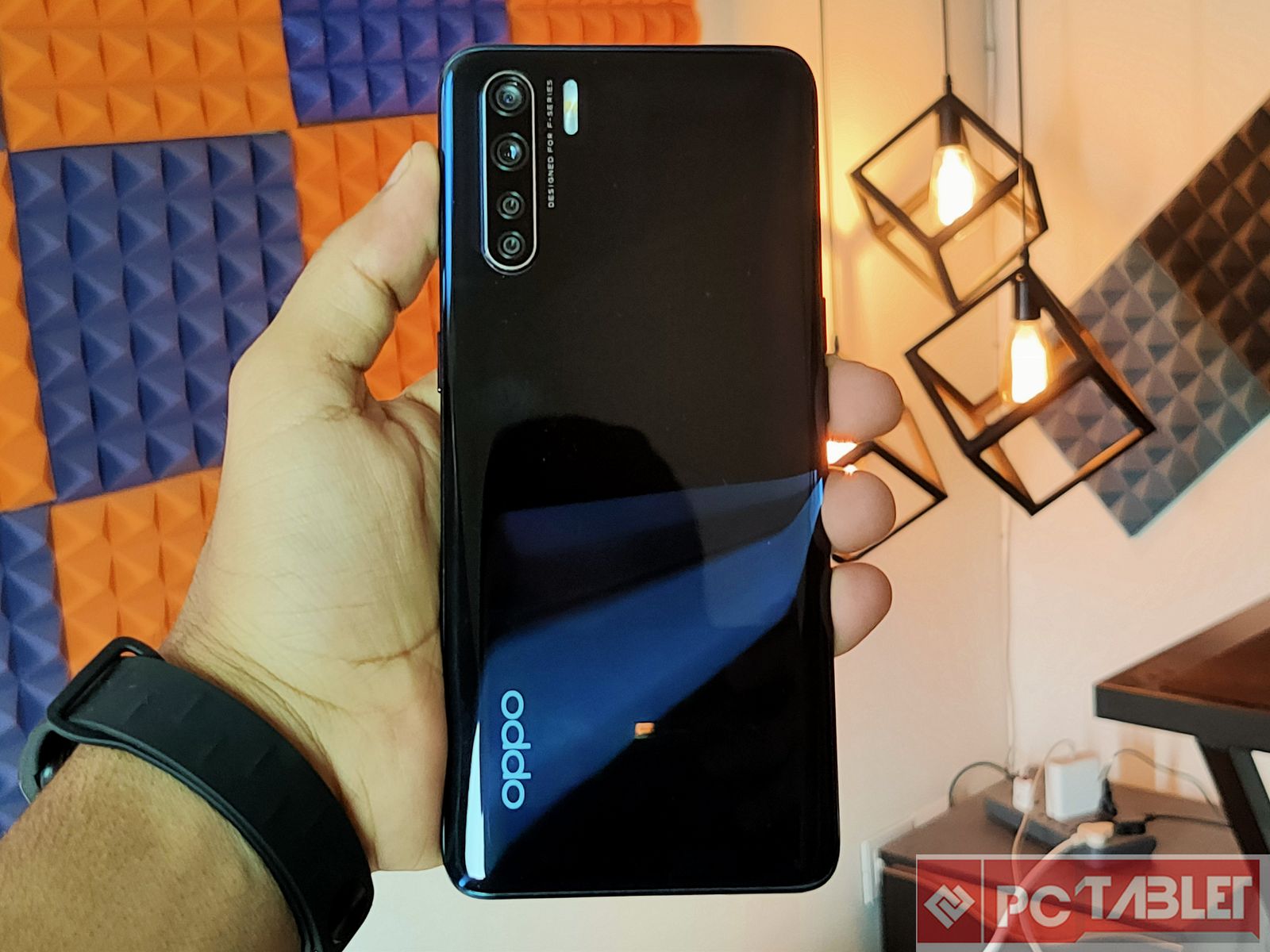 Note that it’s a laminated polycarbonate back and while smudges and fingerprints build up quite easily, we are yet to see any scratches. Flipping the phone over to the front, you’ll see a typical dot-notch display with small bezels running around- nothing special here.

The volume rockers are given to the left while the power button is given to the right. The triple (Sim + microSD) slot lies right above the volume controls while the speaker, microphone and USB Type-C port are placed at the bottom. Both sides are protected by Corning Gorilla Glass 5.

Weighing at 172grams, the phone feels very light and comfortable to hold. And while the design looks really stunning, people can easily mistake it for a Realme phone, especially for the White variant.

The Oppo F15 comes with a 6.4-inch AMOLED display having a Full-HD+ resolution, laid out in a tall 20:9 aspect ratio. We are happy to say that the panel is quite sharp, and touts punchy colours and deep blacks. It has excellent viewing angles and is bright enough for outdoor use. 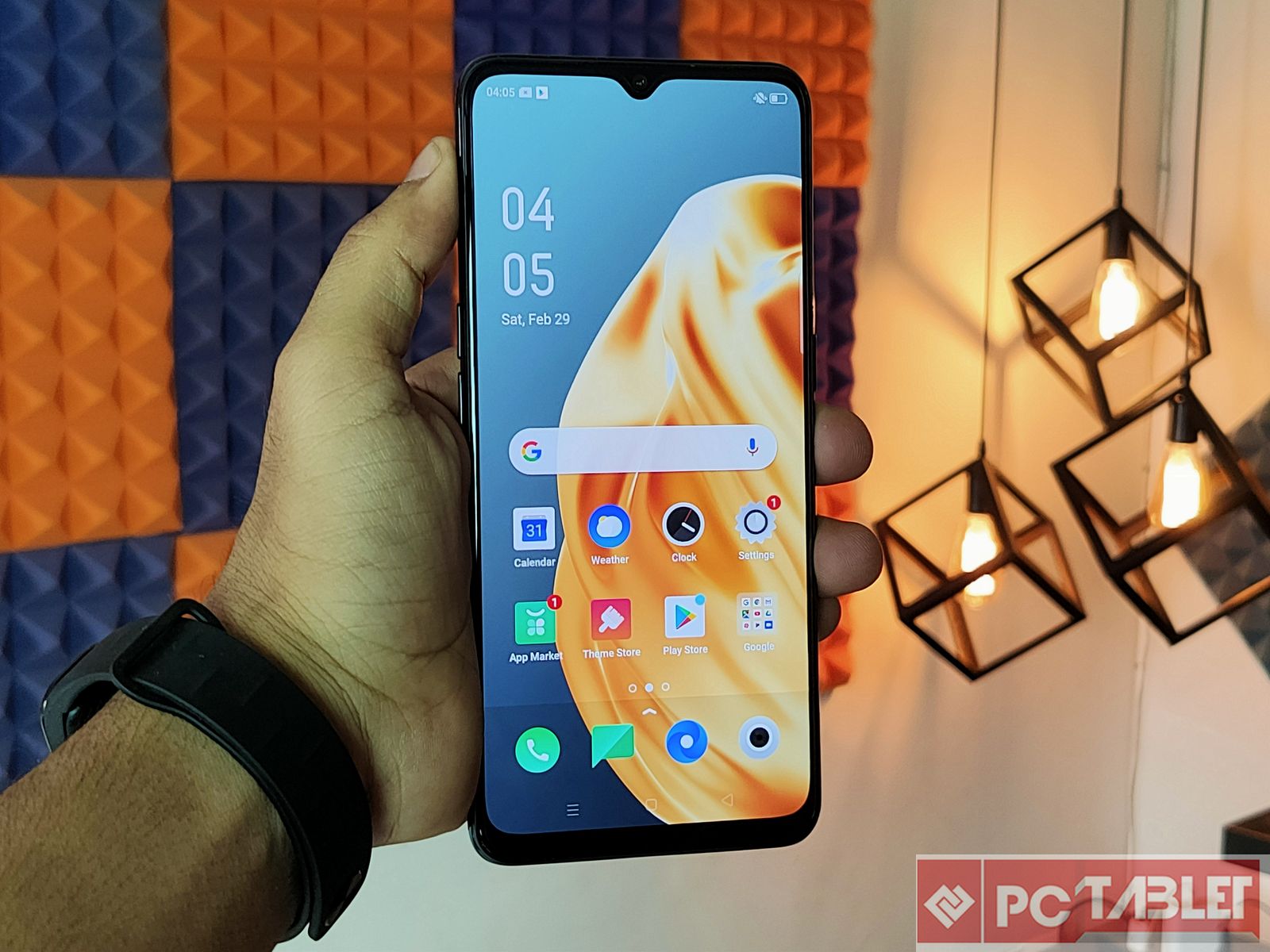 The screen also supports DC Dimming 2.0, which helps lower the eye-strain in low-light situations. And then, there’s an in-display fingerprint scanner which works perfectly fine for the most part. The company has also included Widevine L1 certification, letting you stream HD content on services like Netflix and Prime Video.

Powering the phone at its core is the octa-core MediaTek Helio P70 SoC, coupled with 8GB of RAM and 128GB of internal storage. As you might’ve already judged by now, it’s a mid-range processor and not made for gamers. 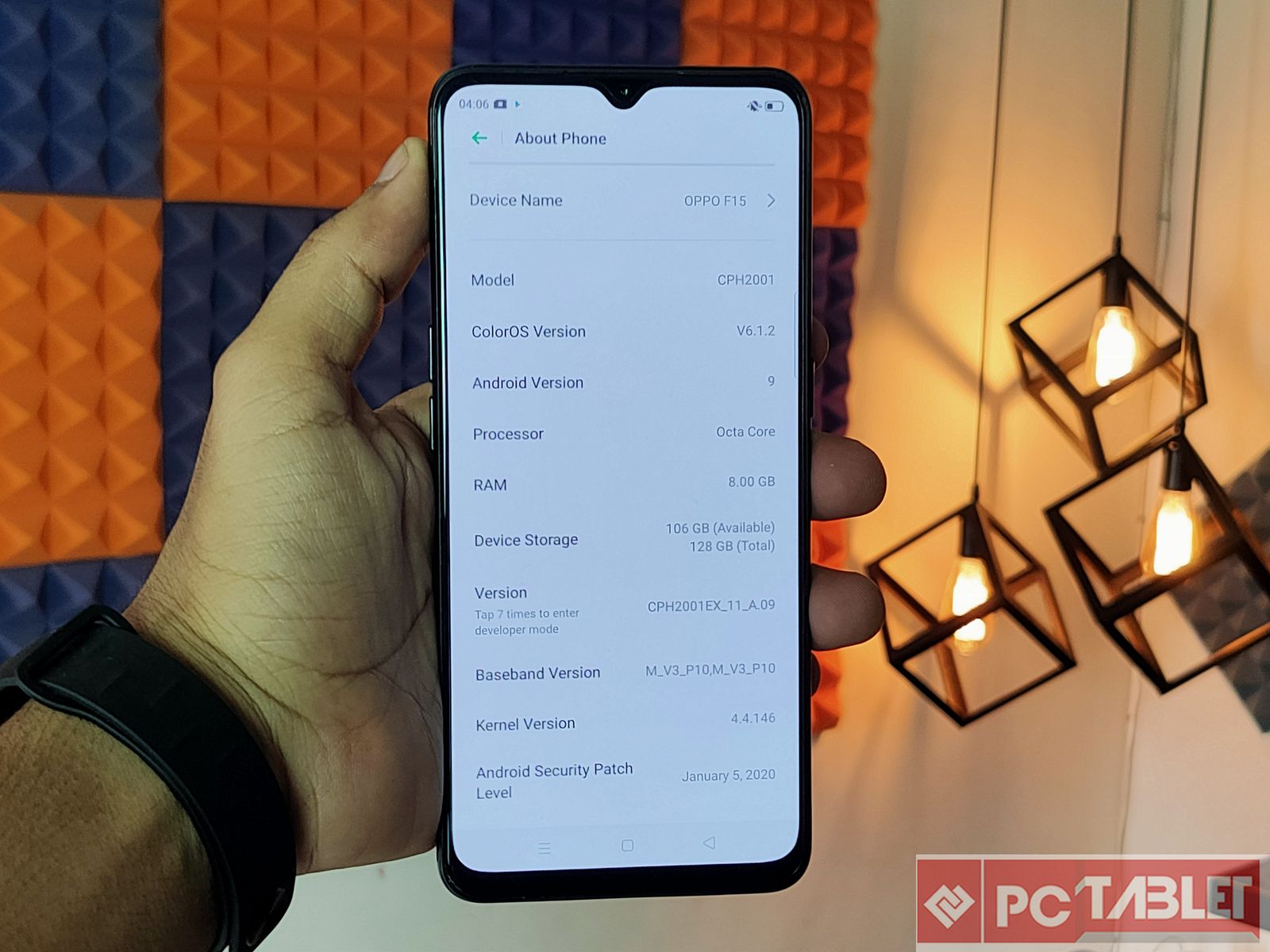 In day to day use, the phone performs fine, and we didn’t face any lag or stutter. Thanks to the huge RAM, multi-tasking too wasn’t an issue either. However, what bothered us the most was pushing the phone to its limits. As soon as you throw heavy games like PUBG Mobile and Call of Duty, the device starts to struggle with stutters and frame drops. Anyway, the games were playable in medium settings.

At this price tag, we’d have loved to see a more powerful processor, like the Snapdragon 730G, or even the MediaTek Helio G90T. 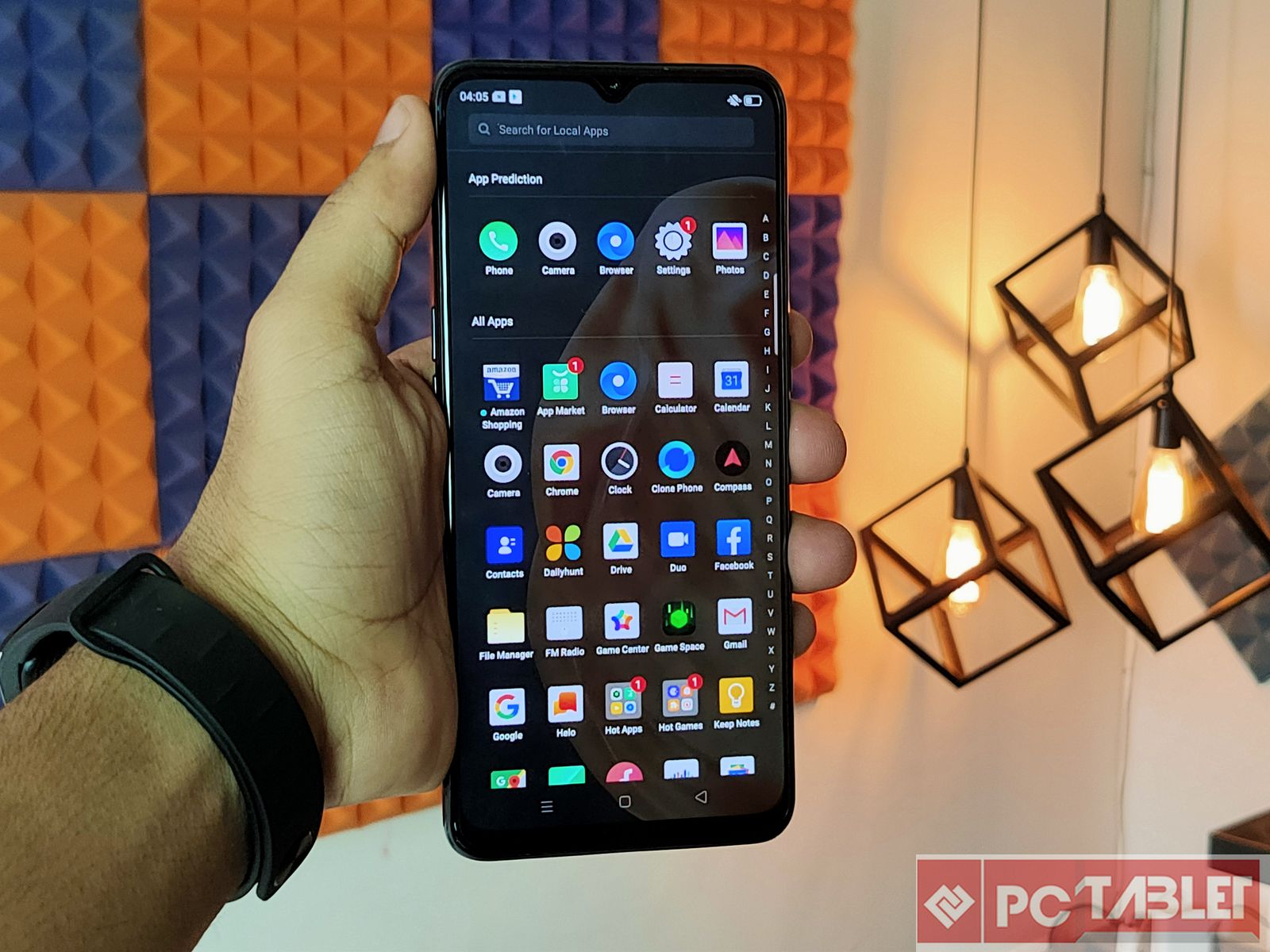 The phone runs the company’s custom ColorOS 6.1.2 on top of Android 9 Pie. However, it’s slated to get the latest ColorOS 7 in the coming time. As for now, the UI feels heavily skinned and comes with a lot of bloatware. Although, Oppo has optimised it well and it doesn’t seem to strain the phone much.

If you’re someone who loves stock Android and crave for cleaner software experience, then you’ll surely have a tough time getting used to the ColorOS.

As for cameras, the Oppo F15 features a quad-camera setup at the rear. The same comprises a 48-megapixel primary sensor with f/1.8 aperture, an 8-megapixel 119-degree ultra-wide-angle shooter and dual 2-megapixel monochrome and depth sensors. For selfies, there’s a 16-megapixel camera housed upfront. 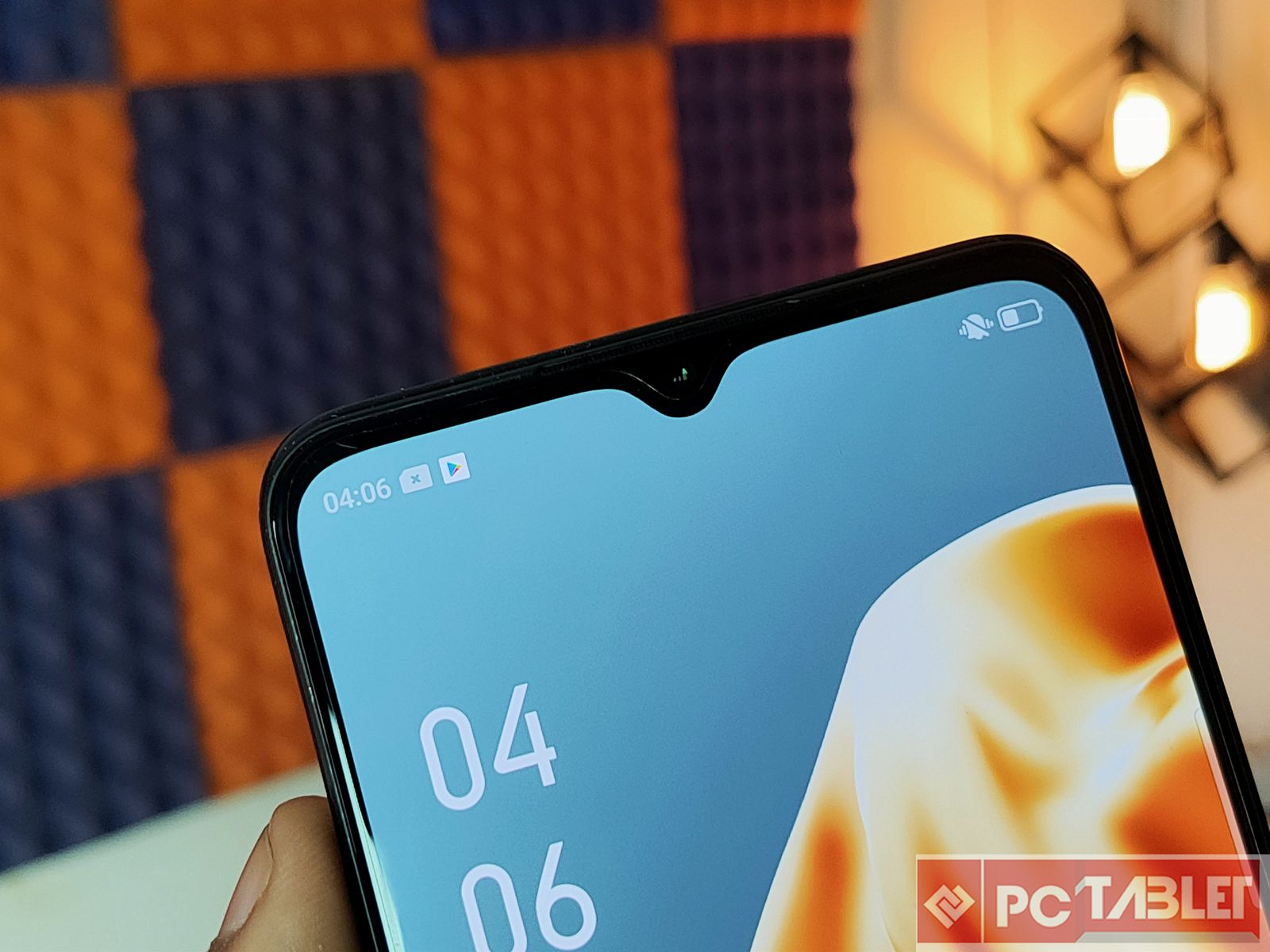 Note that the phone shoots 12MP pictures by default and as of now, there’s no option to shoot in full 48MP resolution. Also, it can only shoot at up to 1080p resolution- no 4K here!

Now, the primary camera performs fairly well in daylight situations. Pictures are sharp, have an ample amount of detail, and look vibrant with a good dynamic range. For the most part, images are saturated and are ready for social media. However, as soon as the light drops, the phone tends to struggle with a lack of detail and visible noise. 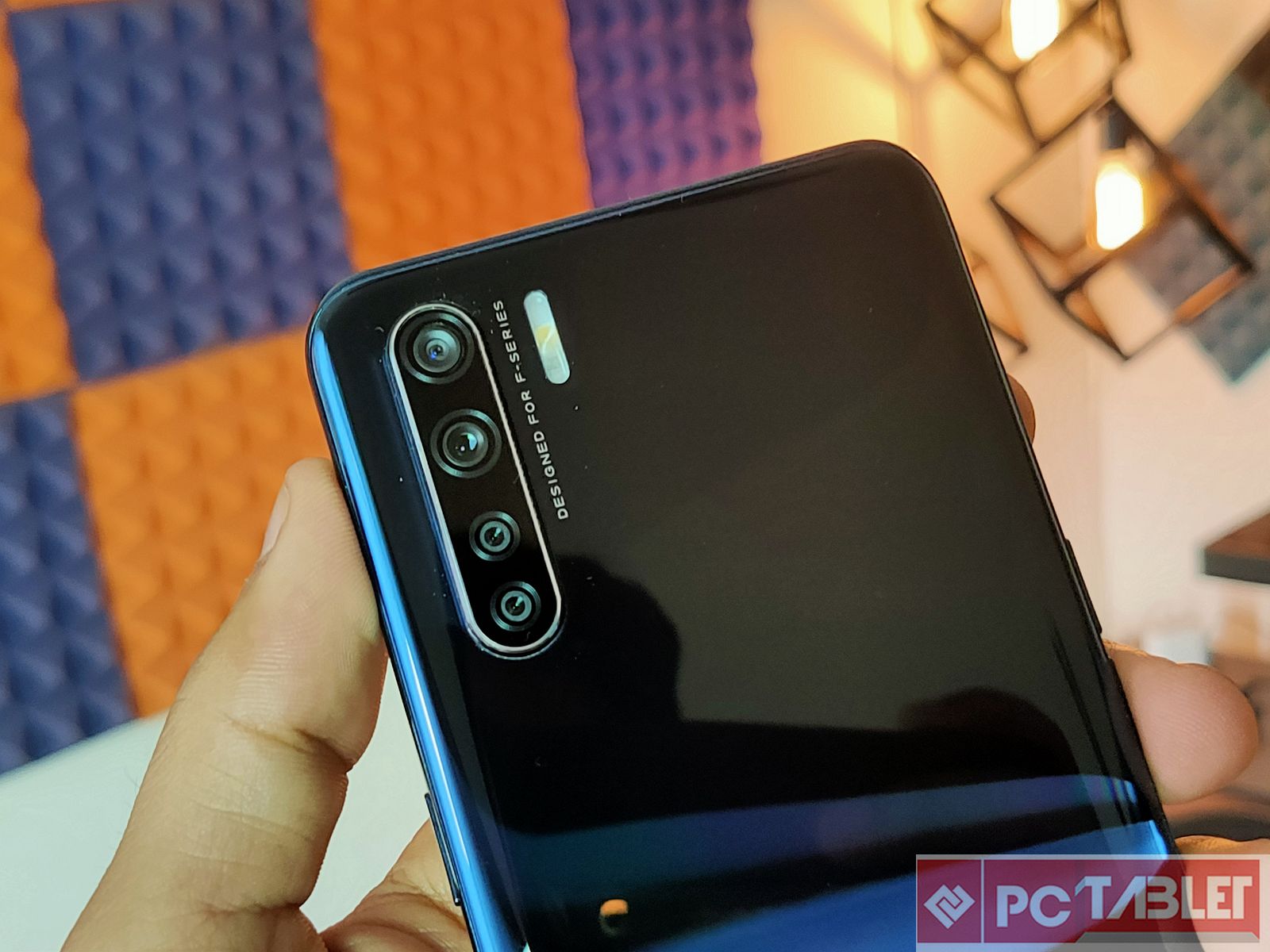 The wide-angle camera, too, manages to produce good pictures in daylight. But as you head past the evening, the results tend to deteriorate. That said, we loved the fact that you can shoot macros with the wide-angle lens; though, it does take time focussing. 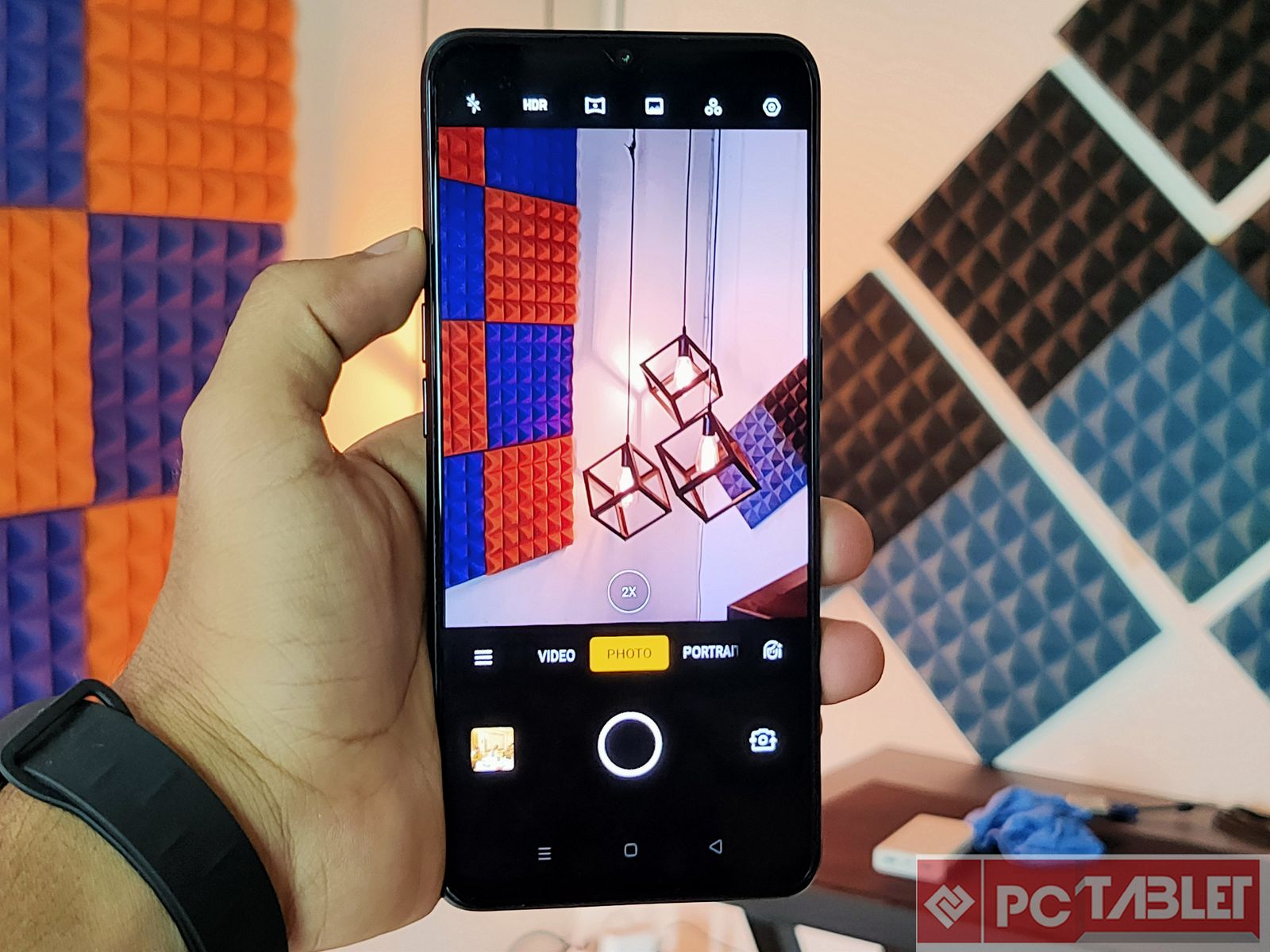 Just like the primary camera, the front camera produces bright and saturated selfies. There’s a lot of detail on offer, and the software has a couple of nifty features for selfie enthusiasts. The phone also gets portrait mode on both sides, which works quite well for most of the time, with the software-guided selfie portrait having higher chances of irregularities.

The device gets a sizable 4,025mAh battery which easily lasted for a full day on medium use that involved web browsing, GPS navigation, listening to music via Bluetooth, watching movies on Prime Video and casual gaming, with still some juice left to spare. 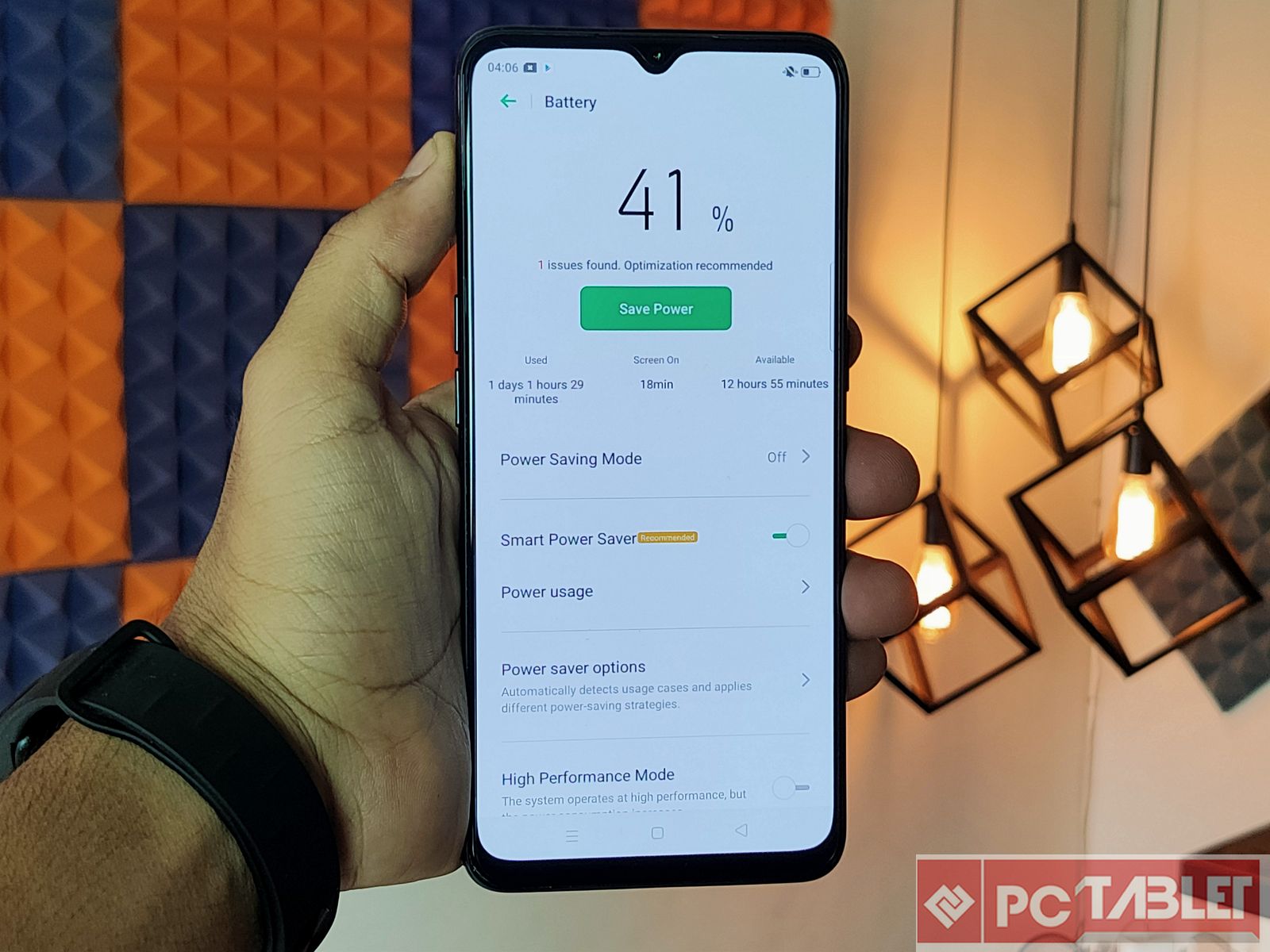 Oppo has also included a 20W VOOC 3.0 flash charger in the box which really helps in quick top-ups. Notably, the phone charges about 50% from scratch in just about 35 minutes. A full recharge, on the other hand, takes about an hour and a half.

Oppo F15 Review Verdict- Should you buy it? 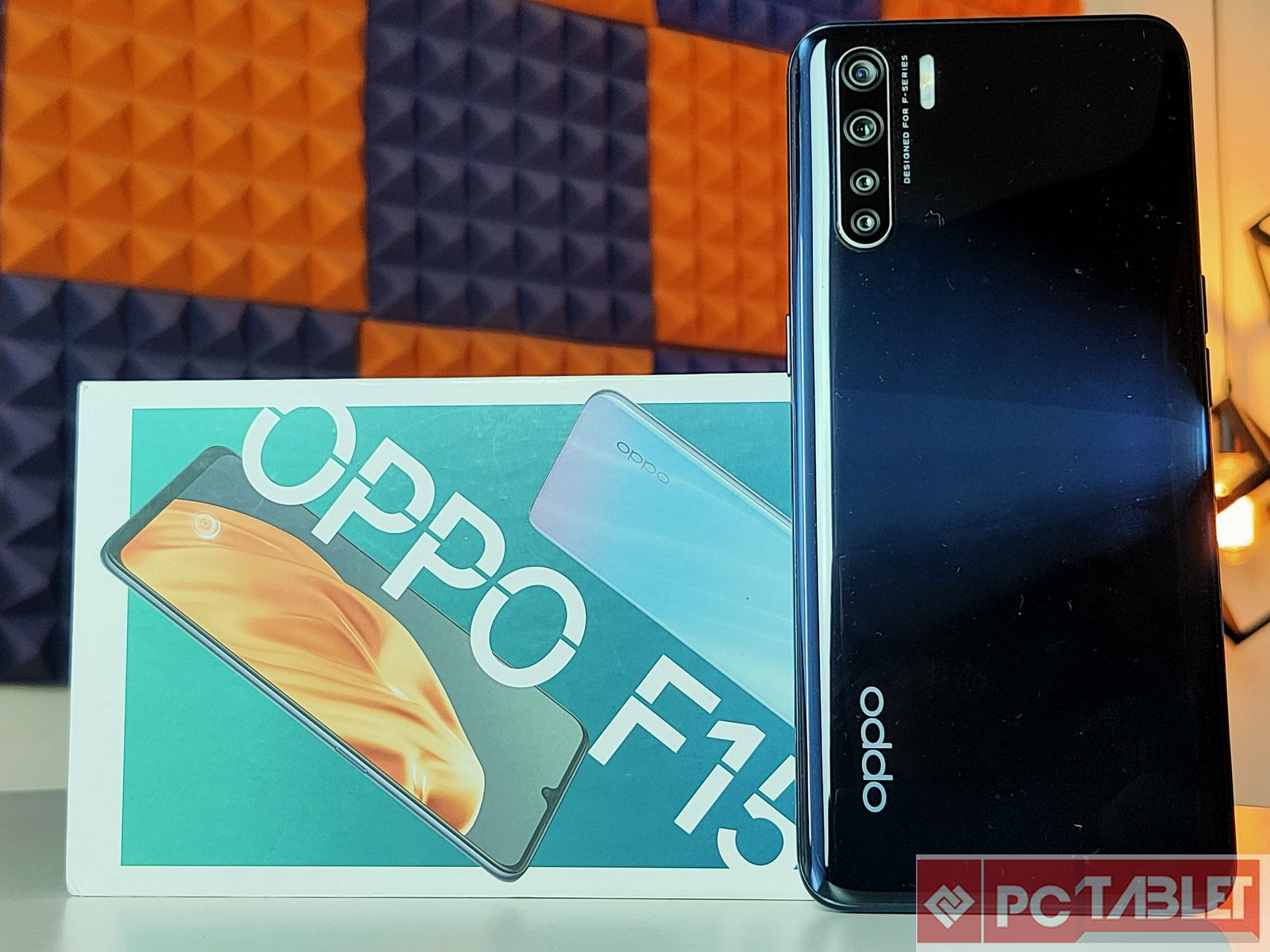 While the Oppo F15 may not be the right choice for gaming, it’s a fairly stable phone for those who care about aesthetics over everything else. Plus, it’s an excellent phone for media consumption with its fabulous AMOLED display and a large battery with quick charging. So, if your priority is to have an overall performer, you can check this out.