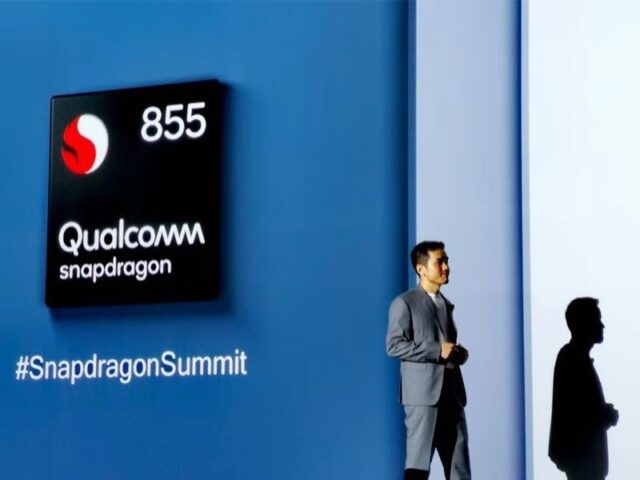 The famous smartphone maker OnePlus, today announced at Qualcomm Snapdragon Technology Summit 2018 that it’d be one of the first manufacturers to launch smartphones with 5G support, aided by Snapdragon 855 mobile platform in 2019.

A day after Qualcomm announced the new flagship Snapdragon 855 SoC, during the event, OnePlus’s CEO Pete Lau announced that OnePlus would be among the first to release a commercial 5G smartphone with carrier operator EE in the UK in 2019.

Indeed, EE is the UK’s number one mobile network and was named as the UK’s best network for the 5th year in a row by RootMetrics. Moreover, it is switching on 5G sites in 16 UK cities in 2019. Capital cities like London, Cardiff, Edinburgh & Belfast and Birmingham & Manchester will be the first ones to get the same.

The company has been working with Qualcomm Technologies on 5G development since 2017. To recall, OnePlus took a step forward in 5G research by releasing the first tweet and making calls on the new network, back in October, this year.

Following the same, CEO Pete Lau mentioned “OnePlus only makes flagship smartphones, and we believe that the Snapdragon 855 is the best and only choice. We are thrilled by its powerful performance and 5G capabilities. OnePlus will continue to bring its users the best technology and the best user experience possible.”

OnePlus is reportedly working on two models in parallel out of which the OnePlus 7 may not have 5G support. As per what Pete said, the 5G model will cost $200 to $300 more than the 4G phone which might disappoint some. The upcoming 5G smartphone by the company will make use of 5G X50 modem present on the Snapdragon 855 for aiding 5G cellular support.

Also worth mentioning, India accounted for about one-third of OnePlus’ revenues last year, making it is a serious market for the company to look upon.