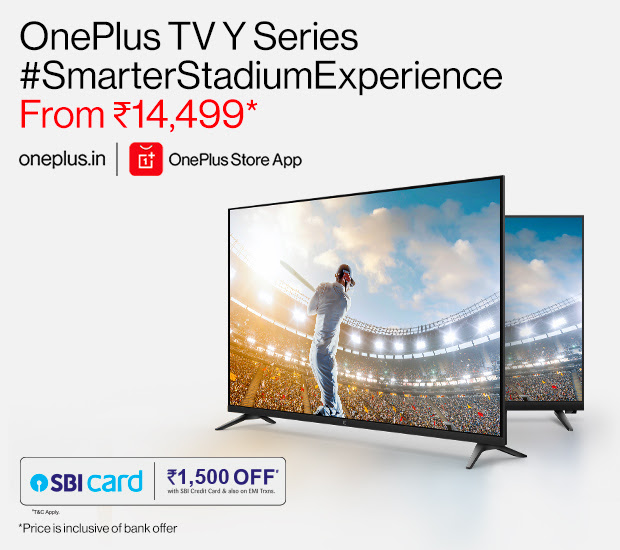 OnePlus is offering exciting discounts on some of its smart TV offerings. For instance, there is an extra Rs. 1,500 discount for the taking on #TheSmarterTV 32Y1 with the code ‘RCCTVOFFER’. Similarly, the same code will fetch you a discount of Rs. 2,000 on #TheSmarterTV 43Y1.

The offer is valid from April 2nd to April 8th. For SBI Credit cardholders, there will be an instant discount of Rs. 3,000 as well, something that applies to EMI transactions too.

Head over to the OnePlus Store if the excitement is getting the better of you.