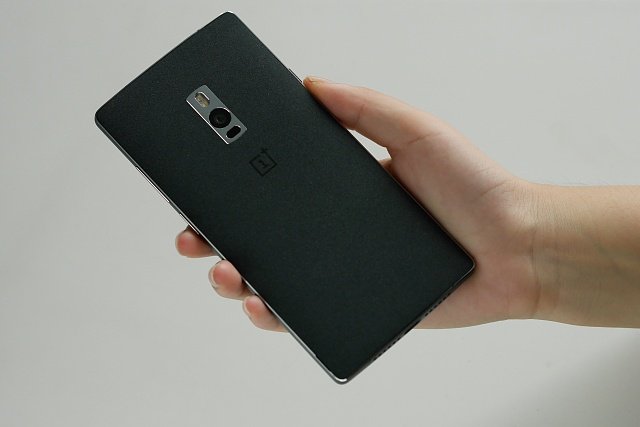 OnePlus is all set to unveil its much-anticipated OnePlus 2 in a few hours from now. As we are just a few tick-tocks away from witnessing the launch of OnePlus’ upcoming flagship beast, the phone has completely been disclosed on Android Central forum.

According to the post appeared on AC forum, the OnePlus One successor gives off a series of a few professionally-shot photographs of the device.

The pictures clearly demonstrate the handset, comprising with a metal frame, fingerprint scanner, and USB Type-C port alongside rear-mounted speakers.

Power and volume keys are placed at the right of the device while a mute switch looks as if placed over on the left. Dual SIM slot, as ensured, is offered right behind the textured back panel.

The post likewise offers design details of OnePlus 2 quite clearly, contrasting it unfavorably with its predecessor due to its appearance.

OnePlus 2 will likely sport a 5.5-inch display, comprising a 2560×1440 resolution. The device will be powered by the Qualcomm Snapdragon 810 processor and 4GB of RAM.

OnePlus 2 will likely be awarding users with a 32GB of storage, 13-megapixel rear camera, 8-megapixel front-facing camera and 3,300 mAh battery.