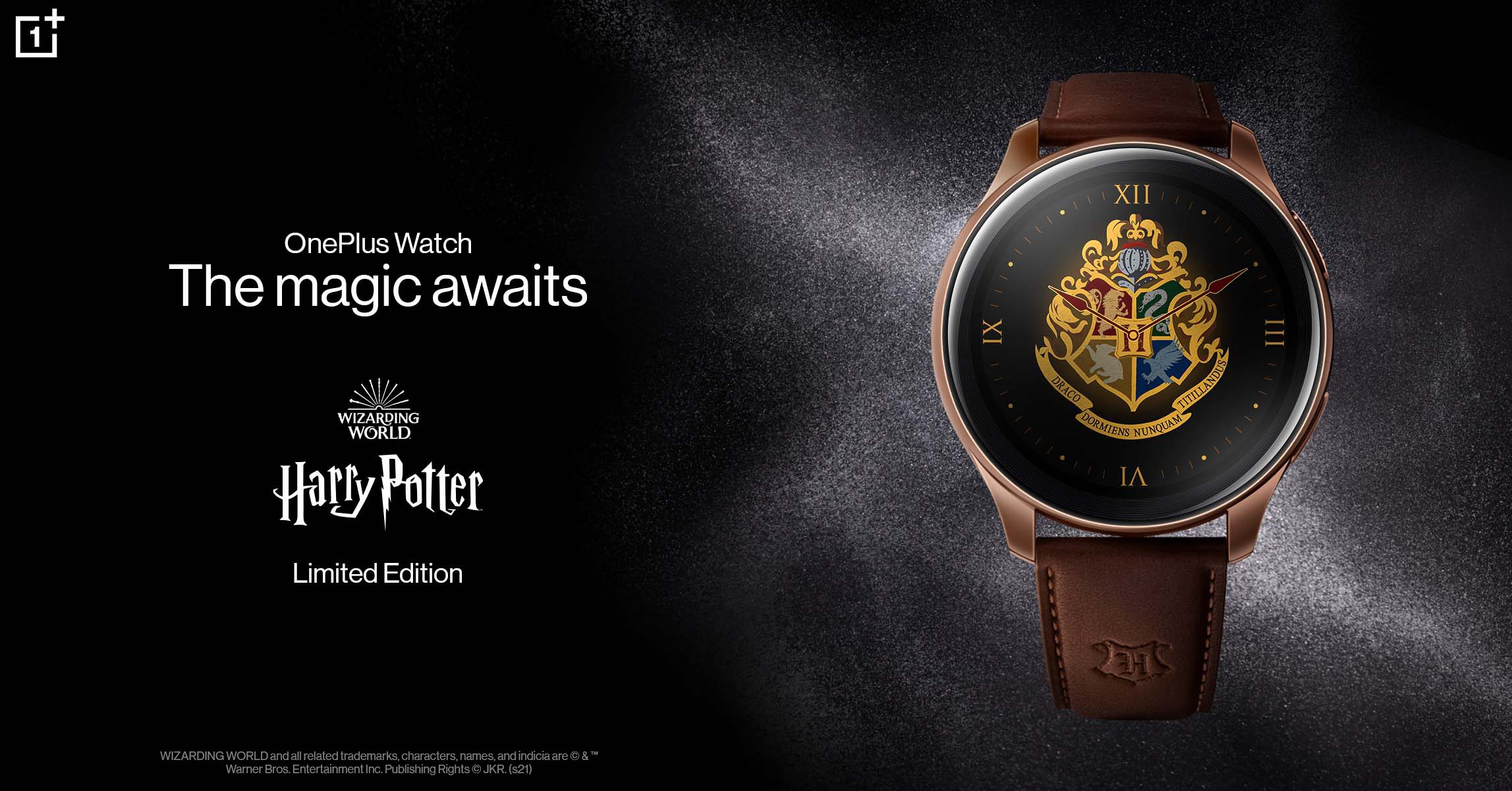 The OnePlus Harry Potter Limited Edition Watch has been launched in India and is aimed squarely at the Wizarding World fans in the country. Designed in collaboration with Warner Bros. Consumer Products, the latest smart wearable device offering from OnePlus comes with several unique watch faces inspired by the Harry Potter series. The smartwatch otherwise features a 1.39-inch HD display having 2.5D curved glass and is IP-68 certified. The wearable also comes with over 110 workout modes along with other health features such as a heart rate sensor, stress monitor, as well as a blood oxygen saturation level sensor. The smartwatch is priced at Rs. 16,999 and goes on sale from October 21.

The new OnePlus Harry Potter Limited Edition Watch is essentially the OnePlus Watch that was launched early this year but with cosmetic enhancements to go with its Harry Potter theme. That way, the smartwatch comes with the same circular 1.39-inch display and has 2.5D curved glass protection. Similar to the OnePlus Watch, the Special Edition wearable too enjoys seamless connectivity with other OnePlus devices, which includes smartphones and smart TVs from the Chinese manufacturer.

The special edition smartwatch comes with an IP68 rating and supports Bluetooth V5 connectivity to connect to the base device. The wearable lasts 14 days on a single charge. Plugging it in for just 5 mins will let the device acquire enough charge to last an entire day while 20 mins of charging time will make the watch last an entire week. All of this is possible thanks to the special edition smartwatch supporting Warp Charge fast charging technology.

Among the special features, the OnePlus Harry Potter Limited Edition Watch comes with include the option to customize the UI. For that, the company is offering watch faces from Hogwarts houses which include Gryffindor, Hufflepuff, Slytherin, Ravenclaw, and such. That is not all as the menu screen comes with icons that offer animations as well.

The case too has special Harry Potter bits integrated within it, which includes the iconic Harry Potter lightning bolt etched on the surface, something that is imprinted on the power button of the smartwatch as well. OnePlus said the case has been made corrosion resistant as well which should go well with its special edition status.

These apart, the OnePlus Harry Potter Limited Edition Watch can function similar to almost any other smartwatch out there. That includes the ability to alert users with notifications or manage calls, control music playback, and such. The wearable can also be used as a remote control for OnePlus smart TVs.

Fitness features onboard the smartwatch include support for more than 110 exercise modes. Then there are sensors for tracking heart rate, blood SpO2 levels, breathing, and stress in real-time. The smartwatch comes with straps that the company said is made from vegan leather.

Check out for launch offers and other incentives.