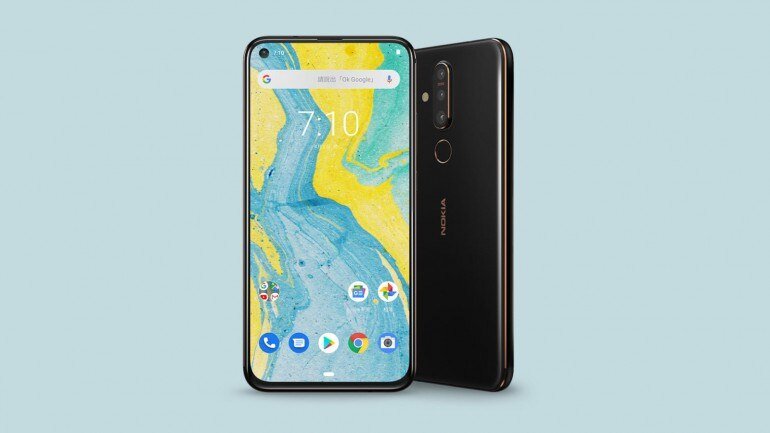 HMD Global has lately launched the Nokia 4.2 and Nokia 3.2 smartphones in India. Now, it seems that the company is preparing for the launch of Nokia 6.2 in the country.

Notably, the company has now sent out press invites for a smartphone launch scheduled on June 6, besides teasing the same on social media. Likely to be called Nokia 6.2, the smartphone is speculated to be a rebranded version of the recently launched Nokia X71.

As mentioned, the Nokia 6.2 is likely to bear the same specs and design as the Nokia X71. Talking of which, the Nokia X71 sports a dual-sided 2.5D glass design backed by an aluminium frame. Interestingly, the phone also features a punch-hole notch upfront.

As for the specs, the device gets a 6.39-inch PureDisplay with Full HD+ resolution. Furthermore, the screen bears a 19:5:9 aspect ratio and aids for an impressive 93 per cent screen to body ratio.

Qualcomm Snapdragon 660 SoC powers the smartphone at its core, coupled with 6GB of RAM and 128GB internal storage. The storage can be expanded further up to 256GB via microSD card slot.

For photography, the Nokia X71 bears a total of three cameras at the back. The module comprises of a 48-megapixel primary camera paired with an 8-megapixel wide-angle camera and a 5-megapixel depth camera. For selfies, there’s a 16-megapixel shooter punched into the display.

On the software front, the phone runs Android 9 Pie out-of-the-box under Android One program. A 3,500mAh battery backs all of this with support for 18W fast charging. Moreover, the phone gets a 3.5mm audio jack, and a breathing power button, i.e. notification LED built into the power button itself.

To recall, the phone was first announced in Taiwan in early April for a price of TWD 11,900 (around Rs 26,700). As of now, it’s being speculated that the Nokia 6.2 will be priced at around Rs. 20,000 in India. Stay tuned for the official launch to know more about the device.