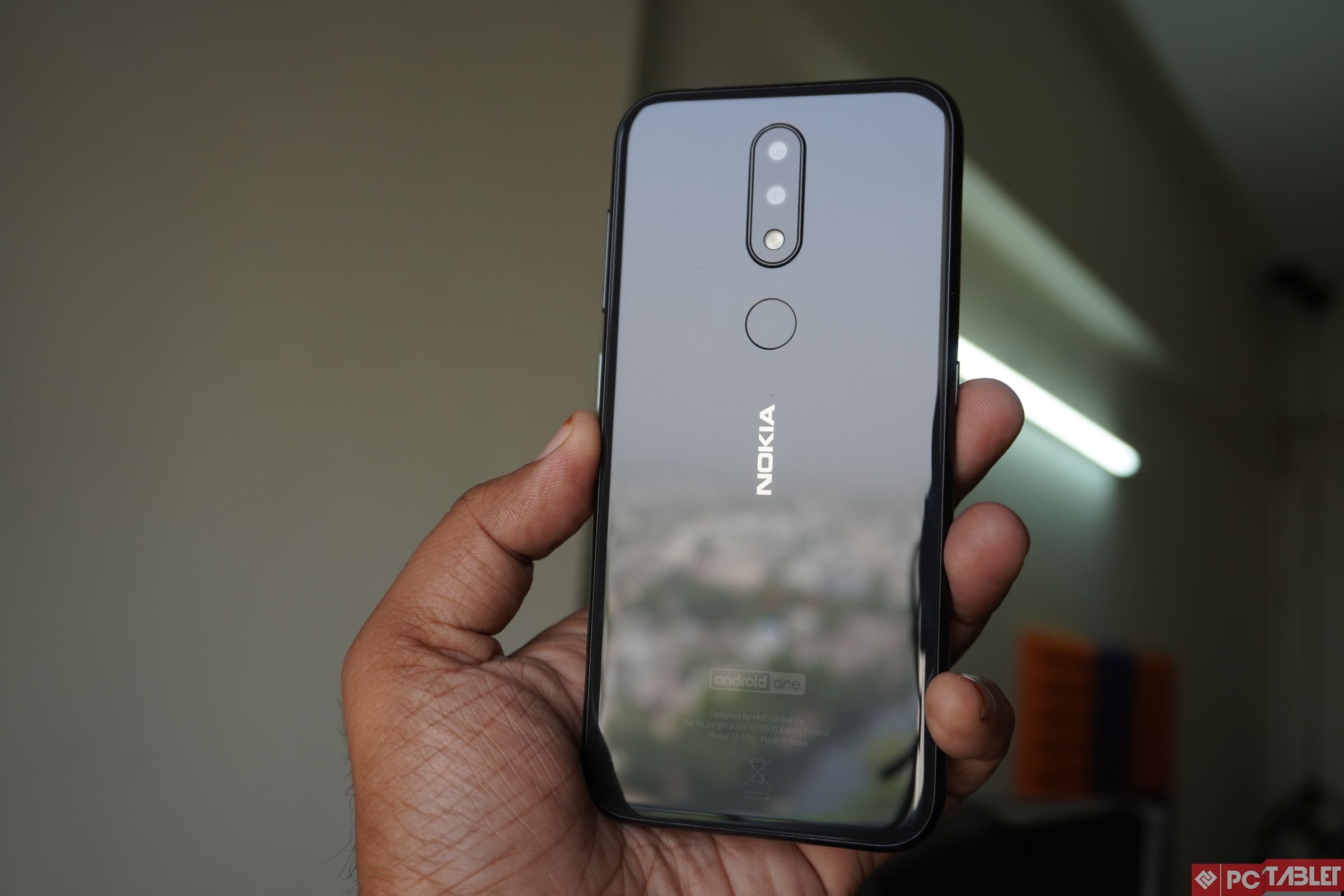 HMD Global has now finally announced its latest budget-centric smartphone, dubbed as Nokia 4.2 in India. Edging the Nokia 5.1 Plus, the Nokia 4.2 will be available for a price of Rs. 10,999 in the country.

While the segment is already flooded with aggressively priced smartphones from brands like Xiaomi, Realme, and Asus, Nokia aims to offer a premium yet compact design with Android One without overlooking other aspects. Well, we got our hands on the company’s latest budget offering and here are our initial impressions of the same.

HMD Global has been following a sober design trend with its smartphones, and Nokia 4.2 is no different. Talking of the back, the device looks very identical to the company’s very own Nokia 6.1. While the competitors are using polycarbonate back, the Nokia 4.2 incorporates 2.5D curved glass on both the sides, fused with a plastic rim.

However, as you’d expect, the glass back is slippery and can be smudged easily. Also, although the device measures just 71.30mm in length, it’s a tad thick at 8.39mm. That said, we noticed that the handset not only appears compact but also feels premium than most of the other smartphones in this range.

As for the placements, the Nokia 4.2 gets its volume rockers to the right edge. Right below it sits the power button with a white outline, making it easier to distinguish. The left side bears a dedicated Google Assistant button along with a SIM tray that houses two SIMs and a dedicated microSD card slot, a good move indeed. The 3.5mm audio jack sits beside the microphone on top whereas the micro USB port and speaker grill lie on the bottom frame.

Coming to the display, Nokia 4.2 is the company’s first mid-range smartphone to debut water-drop notch alongside the Nokia 3.2. That said, the phone is equipped with a 5.71-inch display with an HD+ screen resolution of 1520 x 720 pixels.

Frankly speaking, we’d have loved to see more pixels in here. Nonetheless, the display has solid viewing angles, to the point colour reproduction and gets adequately bright in daylight. Overall, Nokia 4.2 will serve an immersive media experience despite not being able to flaunt much on paper.

Under the hood, the Nokia 4.2 gets powered by a Qualcomm Snapdragon 439 processor, coupled with 3GB of RAM and 32GB of internal storage. While it is a new and capable chipset, the competition seems to be ahead with chipsets like Snapdragon 660 and MediaTek Helio P70.

While it’s too early to comment on performance, the device runs smooth and fluid for most of the part. We didn’t face any performance issues in multitasking or even while playing with the camera.

The area where Nokia slams down the competition is software. Notably, the Nokia 4.2, with Android 9 Pie under Android One programme offers vanilla Android experience from the Pixel line-up. Moreover, it’ll be getting two major Android OS updates and three years of timely security patches which are a deal breaker for many. The phone also bears face unlock feature in addition to the fingerprint scanner at the back.

For photography, the Nokia 4.2 gets a dual camera setup at the rear. The module comprises of a 13-megapixel primary lens with f/2.2 aperture, auto-focus and 1.12µm pixels alongside a 2-megapixel depth sensor.  For selfies, there’s an 8-megapixel shooter with f/2.0 aperture and 1.12um pixels housed in the notch. The camera app offers an intuitive interface including Video, Photo, Pro, Bokeh, Square, Time-lapse, Google Lens and Panorama modes.

As far as the camera performance is concerned, we got quite promising results in daylight. However, the company needs to work on low-light shots. Also, the phone seemed a bit slow in image processing which we think could be rectified through software updates in future. That said, the selfie camera is suitable for occasional selfies and video calls. We’ve got plenty of pictures to show so stay tuned for our full review.

As far as the battery is concerned, Nokia 4.2 bears a 3,000mAh non-removable unit with no support for fast charging. The battery seems low on paper; however, when coupled with a power efficient chipset and a low-resolution display, you could easily churn out a day worth of endurance. We’ve managed to get around 5 hours of screen-on-time since our first boot with a full charge. Anyways, we need to test it thoroughly while giving out any conclusions.

The Nokia 4.2 is undoubtedly a very premium smartphone and feels solid while holding in hands. The camera seems to be quite promising while processor comes as a bottleneck. Nonetheless, the device is an overall right package for Rs. 10,999 unless you are a hard-core gamer or a pixel-peeper. That said, if you are someone who wants a good looking and compact phone with good cameras, Pixel’s software experience and a lightweight profile, you can surely opt for the Nokia 4.2.