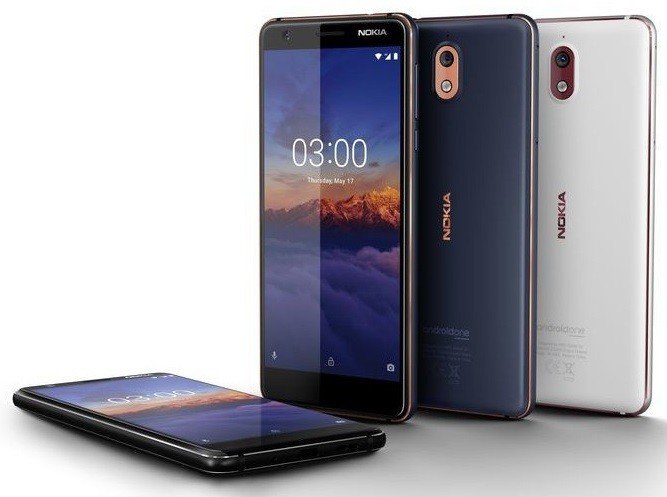 Budget smartphone buyers now have a new option to explore in the form of the Nokia 3.1, Gadget 360 reported. Priced quite affordably at Rs. 10,499, the new Nokia 3.1 no doubt sits slam bang in the customer preference sweet spot while also offering enough bang for the buck as well.

To begin with, the new Nokia 3.1 comes with a 5.2-inch HD+ display lit up by 720 X 1440 pixels. The display is also of 18:9 aspect ratio and has Gorilla Glass layer for added durability. Powering the device is a MediaTek MT6750N SoC that is rated at 1.5 Ghz. The processor is mated to a 2 GB RAM and 16 GB ROM which also is the only version that will go on sale in India.

There also is the 3 GB RAM. 32 GB ROM version which, for reasons best known to HMD Global, won’t go on sale in the country. Keeping the lights on is a 2990 mAh battery, which should sail through an entire day of use quite comfortably.

Another strong point in favour of the Nokia 3.1 is that it runs Android One, which offers a near stock Android feel. So far as the optical abilities of the phone is concerned, there is the single 13 megapixel primary camera of f/2.0 aperture at the rear. Then there also is the 8 megapixel front facing cam also of f/2.0 aperture. The front cam also boasts of a 84.6-degree field of view which should for suffice for group selfies as well quite comfortably.

Connectivity options with the phone include Wi-Fi, Bluetooth. GPS, GLONASS and so on. Then there is a 3.5mm headphone jack as well, as does a Micro USB port. Colour options include a combo each of Blue and Copper, Black and Chrome, along with White and Iron. Availability starts July 21 and will be be n sale via both online and brick-n-mortar stores across the country.

Also of course, there are lots of offers and freebies for the taking when buying the nw Nokia 3.1. So watch out before you place your order for the phone.