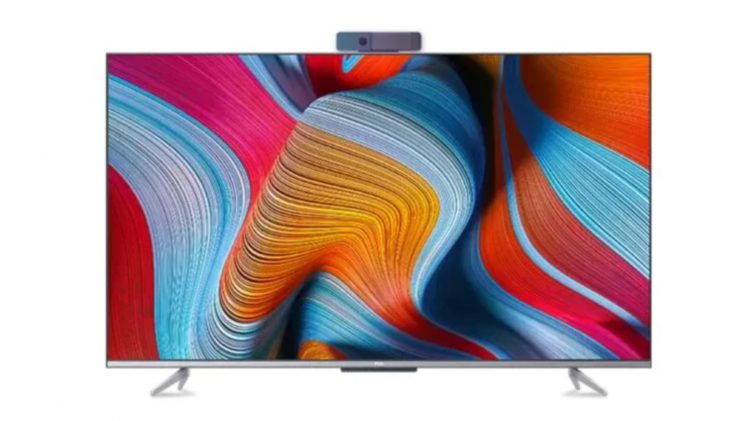 TCL has a new smart TV to offer buyers in India. Named TCL P725, the TV is also unique in being the first TV in India running Android 11. The new TCL P725 is also special in that the TV comes equipped with an external camera for video conferencing that gets magnetically attached to the TV and is Google Duo ready. The P725 is also the first 4K Ultra HD TV to run Android 11.

The new TCL P725 boasts of state-of-the-art features such as MEMC or Motion Estimation & Motion Compensation. It allows for extremely smooth picture processing, which is brought about by an advanced AI-based chip-supported algorithm. It effectively adds an extra frame to ensure 60 fps display during action scenes so that things look sharp and crisp even during intense action, with no blurring and juddering effect to be seen.

The P725 also boasts of Hands-free Voice Control 2.0 which essentially means the ability to control the TV via voice commands. Powered by Google Assistant, the feature will let you switch channels, search for content, set reminders, and so on without being tied down to the remote control.

Further, with Dolby’s Audiovisual Technology onboard, expect the TV viewing experience taken to a new level altogether. The high dynamic range (HDR) with a wide color gamut provides for ultra-clarity with pictures having high brightness, contrast, color, and detail. As with the picture, the Dolby Atmos technology ensures you have the most optimized audio to experience each time. This is equally applicable no matter if it is a movie, a TV show, or a sporting event that you are watching.

Here is the price of each TV model.

It is the 65-inch model that will go on sale first via Amazon.in, with the other models coming on board later on.

TCL also took the opportunity to introduce its new Ocarina advanced health-focused Smart AC line-up. The company claimed its new Ocarina ACs will provide for a superior cooling effect while being energy efficient as well thanks to the AI Inverter tech it comes with. TCL said the AC will consume up to 60 percent less energy compared to its competitors.

Also, another huge plus with the AC is that it can be controlled via the TCL Home APP. What’s more, it being compliant with Google Assistant or Amazon Alexa, you can have control over the AC via simple voice commands itself.

The new Ocarina range comprises of three models, the Gentle Breeze, B.I.G Care & UVC Sterilization Pro, with the latter allowing for the elimination of bacteria and viruses up to 98.66 percent. Also, the smart ACs come in configuration of 1-ton, 1.5-ton, and 2-ton to suit user requirements. The AC range starts at Rs. 33,990.