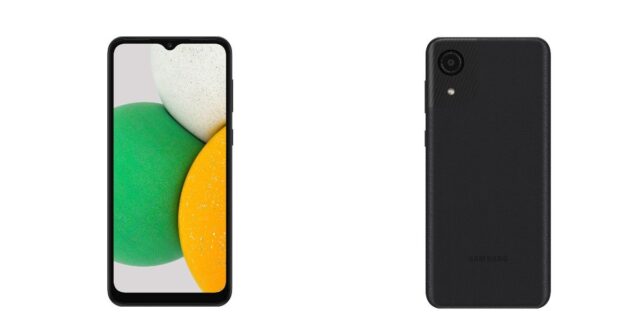 The latest Samsung entry-level smartphone is priced at Rs. 7,999 for the single 2 GB RAM + 32 GB storage model that the phone comes in. The phone comes in shades of Black and Blue and can be bought via almost all leading online and offline retail locations, including Samsung’s own sales outlets.

The Samsung Galaxy A03 Core comes with a 6.5-inch HD+ Infinity-V PLS TFT LCD display. The display comes with a 20:9 aspect ratio and a resolution of 720 x 1600 pixels. Behind it lies the octa-core Unisoc SC9836A SoC which works in combination with 2 GB RAM and 32 GB of storage, the latter being further expandable to 1 TB via microSD cards.

A single 8 MP camera with an f/2.0 aperture and 4x digital zoom is present at the rear while the front gets a 5 MP shooter with an f/2.2 aperture for selfies and video chats. The 5000 mAh battery onboard ensures there is enough juice to last more than a day. The sensors that the phone comes with include an accelerometer, a light sensor, and a proximity sensor.

Connectivity options that the phone offers include 4G LTE, Wi-Fi 802.11 b/g/n (2.4GHz band), Wi-Fi Direct, Bluetooth v4.2, GPS, and GLONASS. Then there is also a 3.5mm headphone jack as well. On the whole, the new Samsung Galaxy A03 Core comes across as a decent package with enough grunt and features to match its price. All of it makes it quite an enticing offering in the entry-level smartphone segment.