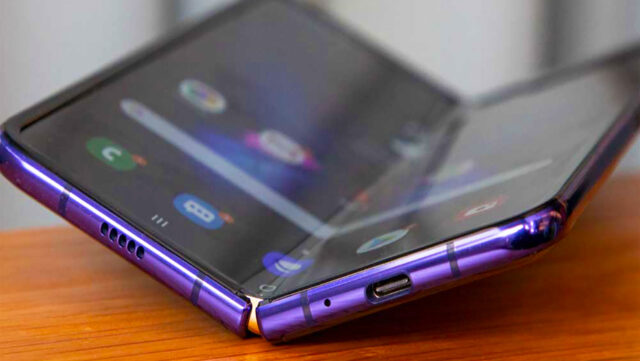 New details about the Samsung Galaxy Fold 2 has emerged online, revealing some key aspects of the foldable phone. According to Ice Universe who is usually spot on with his Samsung predictions, the upcoming Fold 2 will come with a 7.7-inch display this time.

That does make quite a bit of screen real estate and is bigger than the first generation Fold which offered a 7.3-inch display. Also, given the durability issues users faced with the Galaxy Fold, there is a lot of scepticism if the Fold 2 will be able to hold itself tight.

Nonetheless, what has also come to the fore is that Fold 2 will have a bezel depth of just 3.8 mm. Also, the selfie cam is going to be placed within a punch hole along the top left corner of the inner display, with the hole measuring just 4.8 mm. There have earlier been rumors of Samsung going for an in-display selfie camera though it seems the technology may not be matured enough just yet.

Further, the Fold 2 is also tipped to come with a 4,500 mAh battery, which too is bigger than what the original Fold came with. That said, the Fold 2 might have done with some more here given the massive display it has to support above everything else. The foldable phone is otherwise expected to feature the Snapdragon 865 chipset besides being 5G ready as well.

Rumor also has it that the Fold 2 will be having a layer of ultra-thin glass on top, much like what the Galaxy Z Flip comes with. After all, the Z Flip has so far held itself well, enough for Samsung to replicate the same design with other foldable device types such as the Fold 2.

As for its launch, that is expected to happen along with the Galaxy Note 20. As it is, the Note 20 itself is slated for launch during an unpacked event on Aug 5. That however is still some way off and there sure is going to be a few more leaks and revelations in between.