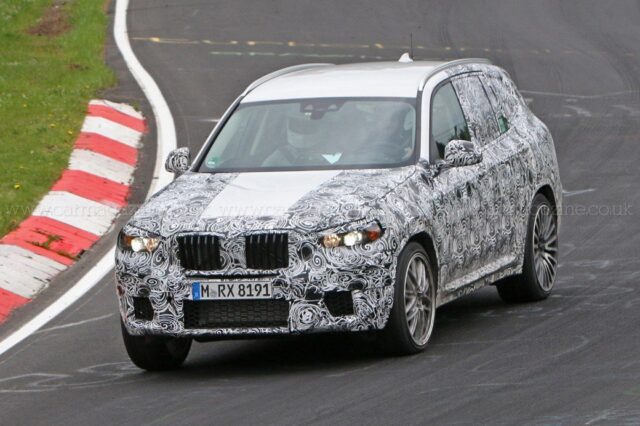 The next generation BMW X3 is expected to have a new refreshed look and feel. According to sources, a few spy shots of the BMW X3 shows new face of the vehicle. The outside of the X3 is decorated in white fabric with attractive design.

If you look at the design of the headlights and grille, you will know that they are similar to the recently released X5. Hence, the forthcoming BMW X3 will be more or less same in the design segment as other vehicles from BMW.

There are reports that the new X3 is expected to be manufactured on the lightweight CLAR platform. Moreover, the X3 vehicle will be offered in both AWD and RWD variants. You can expect great improvements as far as internals are concerned and will be classified as luxury.

Even though the company hasn’t confirmed the specifications, the spy shots of the upcoming BMW X3 reveal interesting features. However, the company sources have confirmed that X3 is under active development. We will keep you updated. Stay tuned with PC Tablet.