New Delhi: Motorola is always one of the first OEM’s to upgrade its smartphones and devices to the latest version of Android OS available, and the company is thoroughgoing, rolling out the update to several devices in double time. Motorola has decided to roll out Android 5.1 Lollipop update, which is the latest release from Google for its 1st Gen Moto E, Moto G 4G LTE and Moto X smartphones.

In a recent post, Motorola’s senior director of software product management – David Schuster said, “As some of you might know, we’ve been testing Lollipop 5.0.2 upgrades on Moto X (1st Gen), Moto E (1st Gen) and Moto G with 4G LTE (1st Gen) in several regions. In parallel, we have started testing Lollipop 5.1 which was recently released by Google. Given the improvements in Lollipop 5.1, we have decided to move all efforts to upgrade these devices directly from KitKat to Lollipop 5.1.”

David also said that Motorola is in full swing testing Android 5.1. This means that the above-mentioned handsets will get bumped straight from Android KitKat to the latest build i.e. Android 5.1 Lollipop. But still, there is no timeframe or ETA for the update. 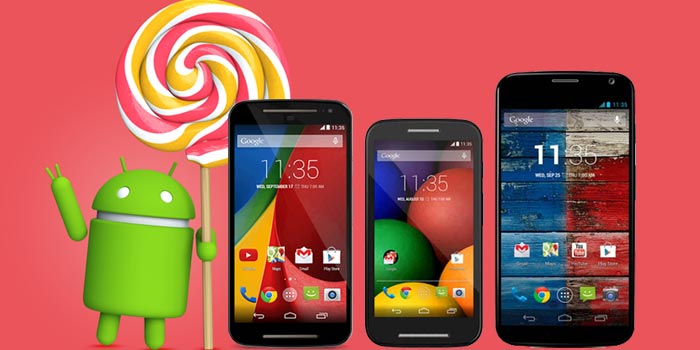 And it airs like it could take quite a while. So you’re going to have to deal with KitKat for a bit longer. But look on the positive side – A lot of devices including the flagships are presently on version 5.0 and your old yet capable smartphone will most expected to get Android 5.1 OS update before the newer ones.

Whereas, the Droid Turbo on Verizon will also be getting straight to the latest Android Lollipop release from KitKat to Android 5.1. The update includes various improvements such as HD voice calling, dual-SIM support and Device Protection that performs as a kill switch in case of theft, amongst others.

Motorola will most likely deliver Android 5.1 Lollipop to its new lineup first then to the 1st Gen Moto E, Moto G 4G LTE and Moto X smartphones. So you have to be prepared for a long wait.