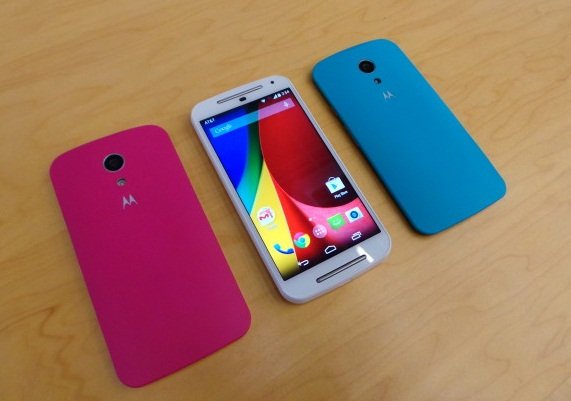 The US-based giant, Motorola Inc. is set to launch its next-gen Moto G and Moto X smartphones at Sao Paulo, Brazil and in New Delhi on July 28, 2015.

With reports coming from all centers, it states that the organisation would start selling the device along with revealing the price at the same time on the same date.

As per a few generic websites, Moto G would be available in the market with a price tag of BRL 899 which would amount approximately around INR 18,000.

The device sports a 5 inch HD display screen with a pixel density of 720 x 1280 pixels.

It also comes with a quad core 1.4 GHz Qualcomm Snapdragon 410 processor that speeds up the device accordingly.

The internal memory comprises of two distinct varieties such as the 8GB and 16GB storage options supporting a micro SD card slot.

The battery life also tends to be good with a 2470 mAh capability.

The cameras come in different formats with the rear one having a 13 megapixel density and the front with a 5 megapixel one.

With an IPX7 certification enabled with the device, Motorola is again conducting the venue to be the same as that happened when launching Moto G in 2013 at Sao Paulo.

Apparently another post from the cyber space suggests that the device would be available in two standards.

The back is more or less been created as of the LG models with the Motorola logo and the Flash Camera on opposite sides of the rear strip.

The strip can also be customization as per the design and color which would be available as per the choice.