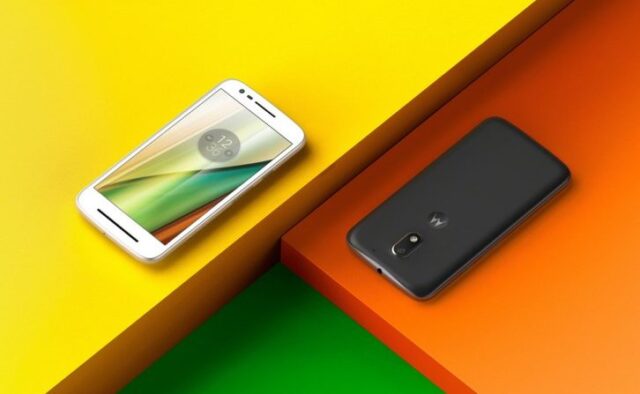 Motorola has started selling an upgraded variant of the Moto E3 (Moto E 3rd Gen) in Hong Kong. The new Moto E3 Power comes with a beefed up 3500mAh battery and an increased 2 GB of RAM. In Hong Kong, the smartphone comes with a price tag of HKD 1098 which is around Rs.9500 in Indian Currency. The latest smartphone primarily focusses on enhanced battery life and better multi-tasking. These are also the two things which Motorola’s official Twitter handle, ‘Moto India’ is teasing right now. This strongly indicates that the Moto E3 Power will soon arrive in India.

The latest handset comes with a 5-inch HD (1280 x 720) IPS LCD display. The oleophobic coated screen is protected by the Corning Gorilla Glass 3. The Moto E3 Power sports the same design language which Motorola uses for its budget and mid-range smartphones and is almost identical to its sibling, the Moto E3.

A 64-bit MediaTek MT6735P SoC sits inside the Moto E3 Power. The quad-core processor has four ARM Cortex A53 cores clocked at 1.0 GHz each. The graphics are handled by the ARM Mali T720 GPU. This chipset will provide enough power to the new smartphone for seamless day to day tasks. Motorola’s latest budget smartphone runs Android 6.0.1 Marshmallow out of the box.

The Moto E3 Power sports 2 GB of RAM along with 16 GB of inbuilt storage. This increased from the 1 GB / 8 GB configuration of the Moto E3 or Moto E (3rd Gen). The phone also sports a dedicated microSD card slot. The smartphone has a dimension of 143 x 71.4 x 8.6 mm.

There is an 8 MP camera at the back of the latest device. A single LED flash compliments the auto-focus camera. The front shooter of the Moto E3 Power is a respectable 5 MP unit.

The dual SIM smartphone comes with 4G LTE support and is compatible with almost all 4G bandwidths around the globe. The mobile comes with general connectivity options like WiFi, Bluetooth, GPS with A-GPS, GLONASS, and even an FM Radio. A microUSB 2.0 port serves as the charging input and data transmission.

A large 3500mAh battery in the Moto E3 Power promises exceptional battery life. This is a 700mAh increase from the Moto E3’s 2800mAh battery. Currently, the retailer in Hong Kong only has the black colored variant of the smartphone in stock. However, a white colored version is expected soon.