PC-Tablet
Ads
Home News Moto One Action Review – A phone for the adventurer in you!

The Motorola One Vision was one of a kind phone by the company to take on the upper mid-range segment. However, the device was short of the competition in no time, thanks to the aggressive players like Xiaomi and Realme. Now, to keep up with the growling competition, Motorola has unveiled a new phone in its One-series, dubbed as Moto One Action in India.

Now, the word ‘Action’ here stands for the new ultra-wide lens which is particularly optimised to shoot stable landscape videos even when you’re holding the phone in portrait. Alongside, you get a lot of storage, a punch-hole display, and certain quirks from the Moto One Vision to join your company.

So, is it worth buying the Motorola One Action, especially considering its videography prowess? Well, let’s check out the same in our in-depth Moto One Action review.

Before starting with the Motorola One Action review, let’s have a glance at the phone’s specifications, pricing and things we get with the device. 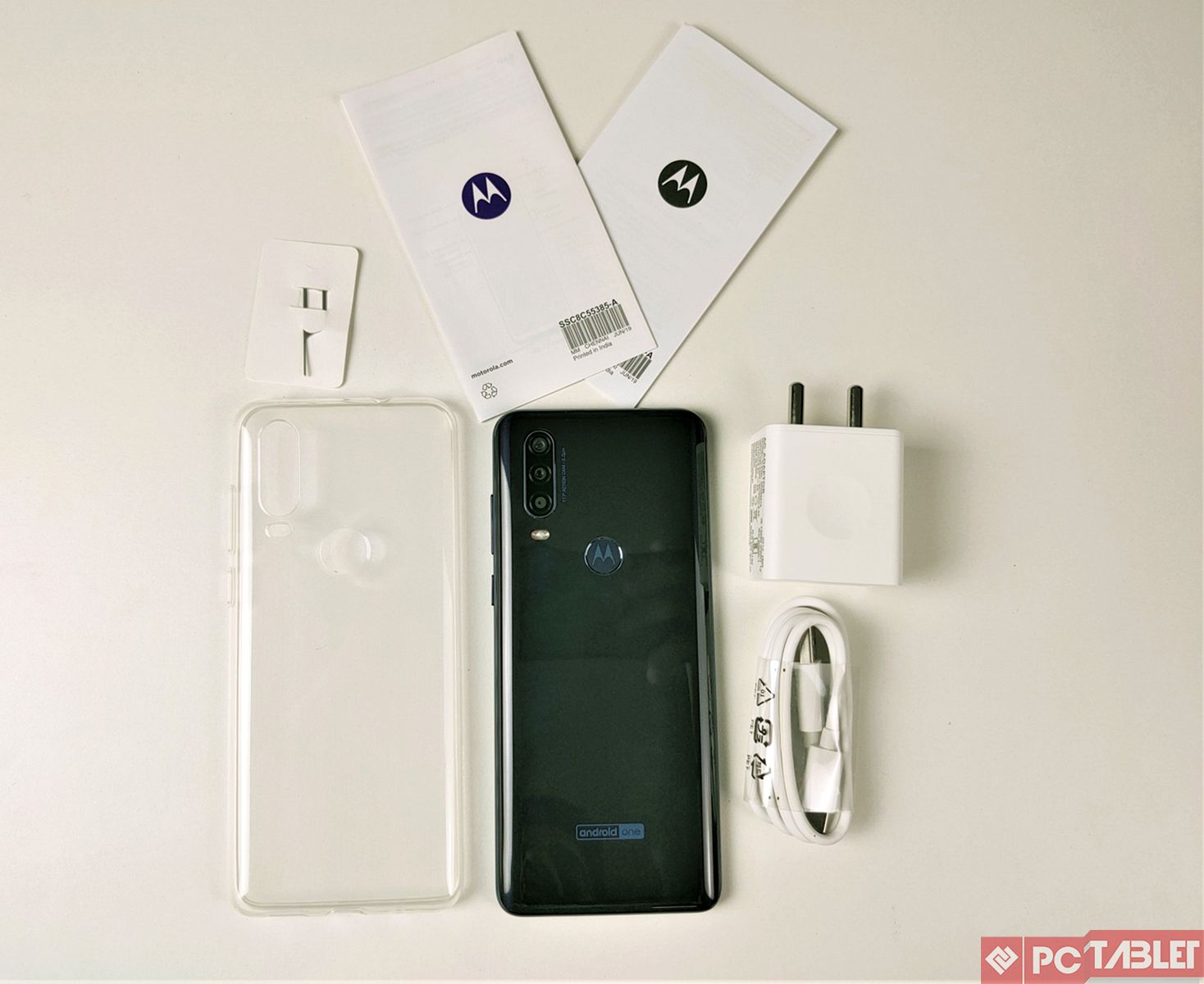 At the very first glance, you’ll notice that the Moto One Action looks quite familiar to the eyes. Well, this is due to the fact that most of its aesthetics come from its elder brother, i.e. the One Vision.

Notably, it gets the same vertically aligned cameras at the rear, followed by a dual-LED flash, a fingerprint scanner with Moto batwing logo and Android One branding at the bottom. However, there are three lenses instead of two and the back is made out of polycarbonate instead of glass.

The phone is available in two different colours, including Denim Blue and Pearl White options. The Denim Blue version we have here flaunts a dark blue hue that exhibits subtle gloss on reflection of light. While the phone looks premium, it doesn’t feel like one given the plastic frame and back. That said, it’s quite lightweight at 176 grams, and is comfortable to hold, thanks to the slim and slender form factor.

Flipping the phone over to the front, you’ll be welcomed by a 21:9 panel with a punch-hole notch on top- exactly what we’ve seen previously on the One Vision. This makes the phone slightly taller and narrower, even better for people having small hands.

Talking of the ports and placements, you get the power button and volume rockers at the right while the hybrid Sim tray is placed on the left. The secondary microphone and 3.5mm audio jack are situated on the top. Whereas, the USB Type-C charging port, primary mic, and speaker grille are present at the bottom. 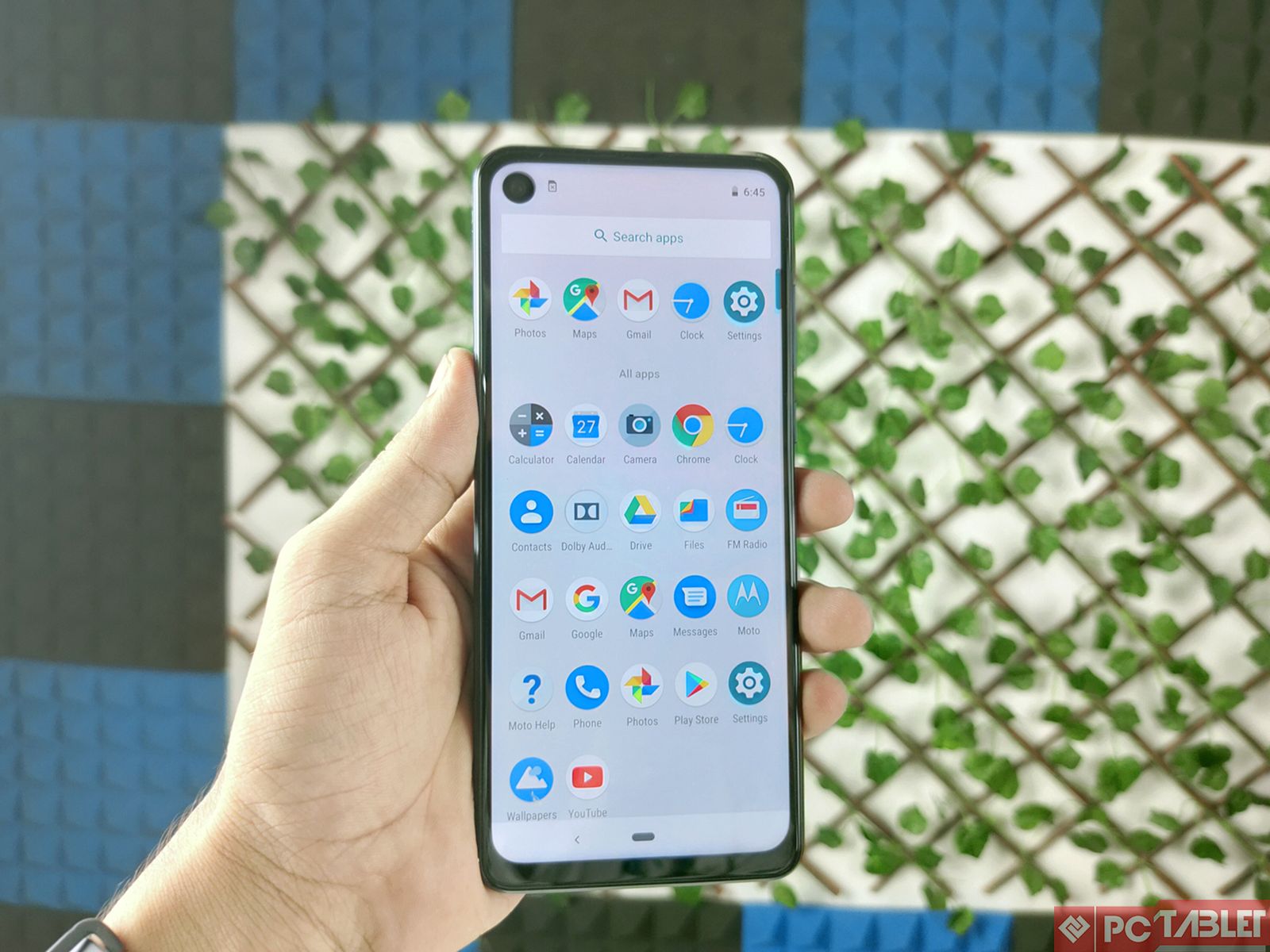 The Moto One Action features a 6.3-inch IPS LCD display with a Full-HD+ resolution of 1080 x 2520 pixels. The panel looks pretty sharp with a pixel density of 435 PPI and offers wide viewing angles with slightly saturated visuals. The sunlight legibility too is decent for the price, and we didn’t have any issues using the phone under harsh sunlight.

Nonetheless, it is simply no match for OLED panels. And the colour calibration is slightly offbeat with whites having a slight blue tinge. Also, the bottom chin is quite broad and so is the punch-hole, which we don’t appreciate much.

As noted, the phone gets a peculiar 21:9 aspect ratio which offers an entirely refreshing experience compared to the typical 19:9 panels. Watching videos and movies is an absolute joy on this screen.

However, not much content is optimised for 21:9, resulting in scaling issues during playback. Hence, you might be left with black bars on sides while watching movies or playing games which might be annoying. Nonetheless, the taller display does get advantageous by occupying more content while browsing the web and social media.

Under the hood, the Moto One Action is powered by 10nm-based octa-core Exynos 9609 processor, coupled with MALI-G72 MP3 GPU, 4GB of RAM and 128GB of internal storage.

Talking of the performance, the device feels quite responsive and handles almost everything you throw at it. General tasks like browsing social media, surfing the web, listening to music and watching videos are like a breeze, and we didn’t experience any lag or stutter in our review period. Memory management to is excellent, and the phone easily handles a dozen of apps in its hood. 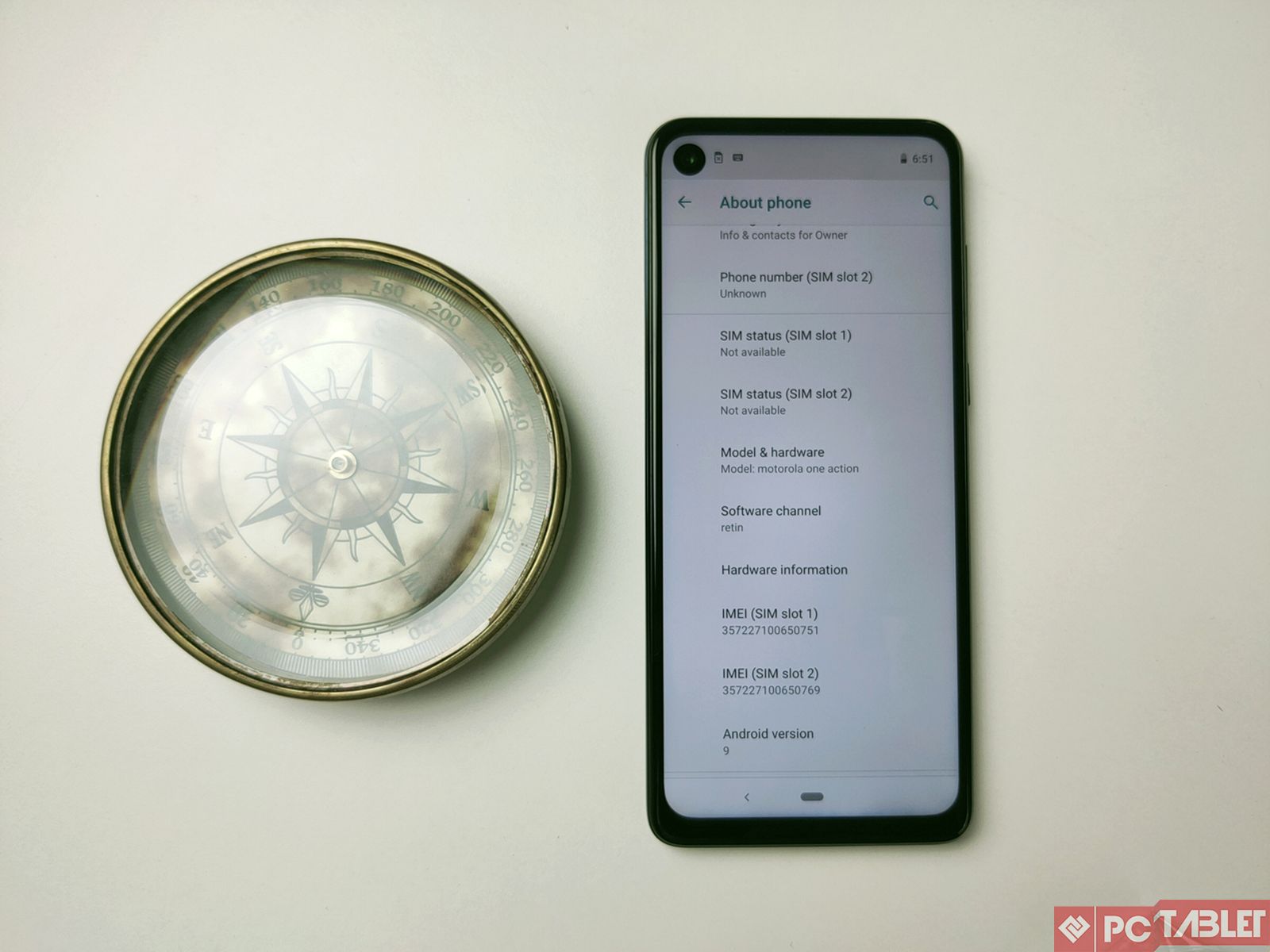 As far as gaming is concerned, we managed to play games like PUBG Mobile and X-Plane 10 at medium graphics settings without any issues. However, phones like Realme 5 Pro and Vivo Z1 Pro are simply better performers when it comes to hardcore gaming. But then again, the Moto One Action offers whopping 128GB of storage at a much cheaper price tag.

Software is indeed one of the major selling points of this phone. Notably, the Moto One Action runs stock Android 9 Pie under Google’s Android One programme, meaning you’ll get regular security patches and timely version updates for at least two years from now.

Compared to phones from Realme and Xiaomi, you get a clean and intuitive interface without the need of worrying about bloatware, spammy notifications or ads. Moreover, Motorola has included several add-ons on the device such as Moto Actions, Moto Display and Moto Helo apps.

One can enjoy ambient display feature alongside super quick gestures such as a double-wrist twist to open the camera app, double-chop to turn on the flashlight, and do a three-finger tap to capture a screenshot. Sounds cool, right? 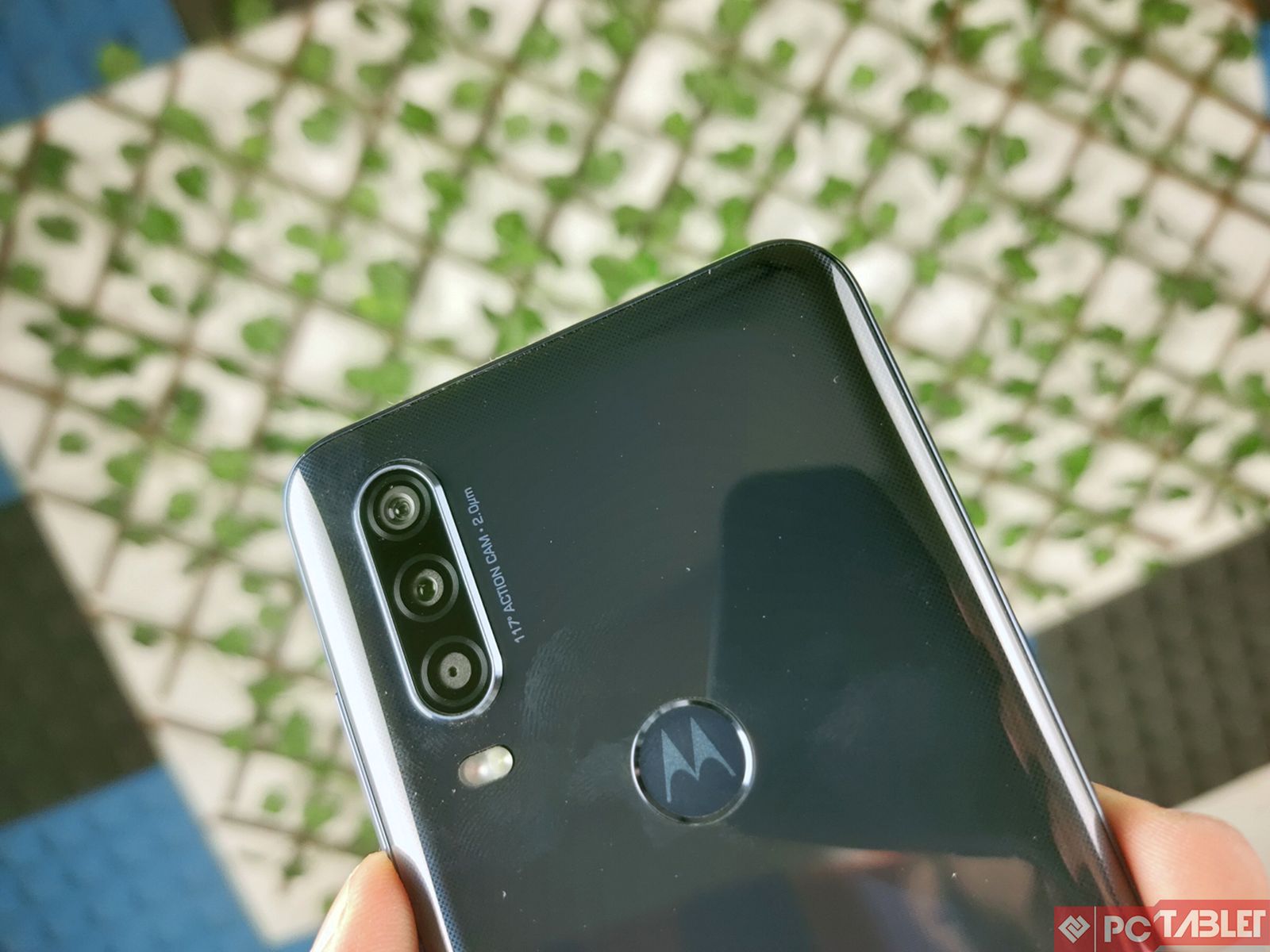 In the imaging department, the Moto Action gets a total of three shooters at the rear. This includes a 12-megapixel primary camera with f/1.8 aperture, a 16-megapixel 117-degree ultra-wide video camera and a 5-megapixel depth sensor. For selfies, there’s a 12-megapixel unit, housed in the punch-hole.

Now, the primary camera shoots some great pictures in ideal lighting conditions. Photos are crisp, have balanced exposure and vibrant colours. The amount of detail is good as well but not comparable to what you get from typical 48MP camera phones. The low-light images, on the other hand, are a little soft but retain contrast with limited levels of noise. On a positive note, this camera performs better than the one on Moto G7 (review). 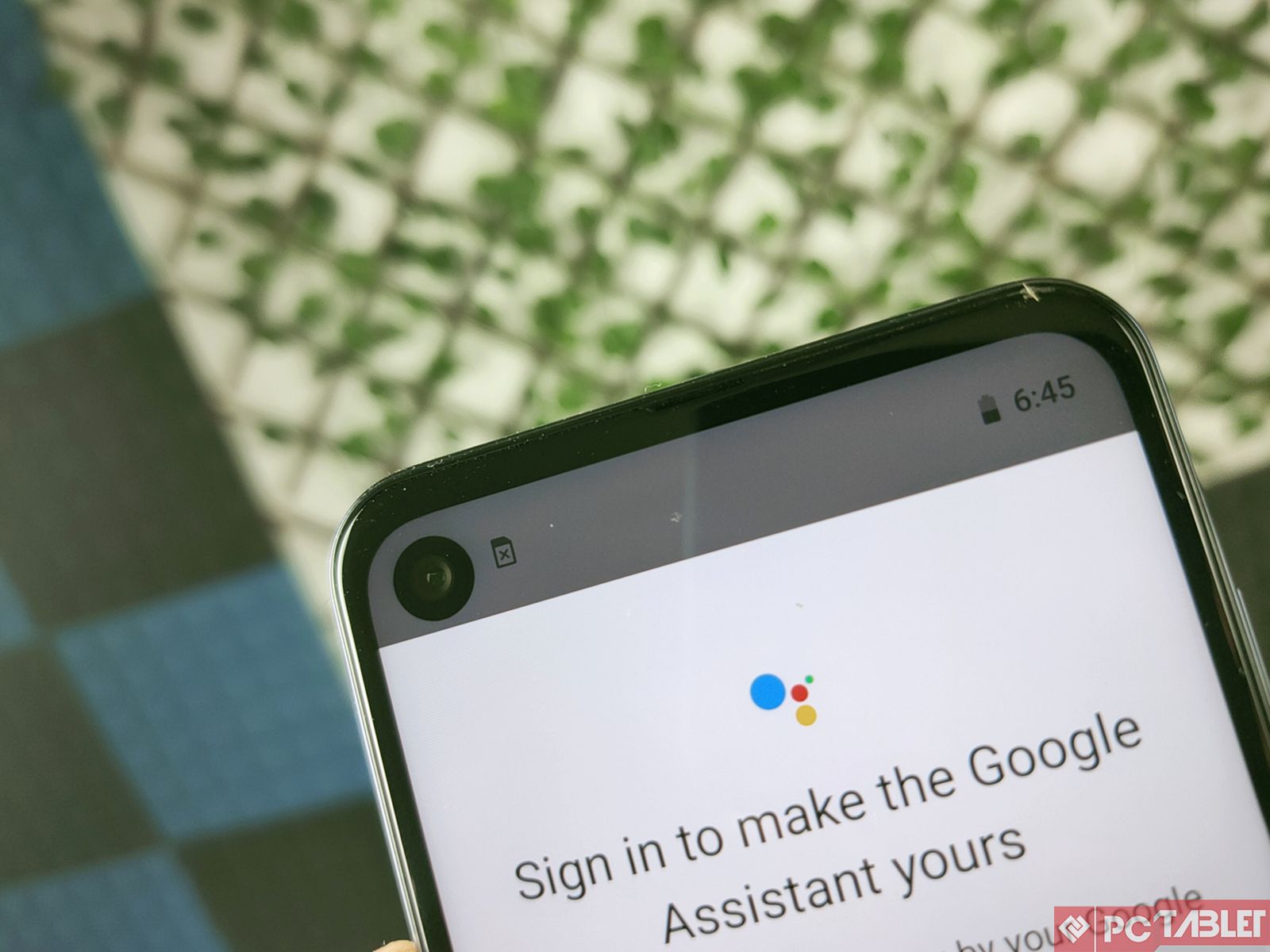 Next comes the ultra-wide-angle shooter. Now this camera’s sensor has been mounted horizontally in order to shoot videos while holding the phone in portrait mode. And thankfully, this does help in shooting without the fear of dropping the phone. The videos captured turned out great with impressive stabilisation, contrasty look and apt dynamic range.

One of the things we didn’t appreciate much was lack of detail which is likely a result of the heavy stabilisation. And unfortunately, the action camera is solely made for capturing videos, and cannot be used for clicking pictures. Now, this is something which disappointed us the most, as it makes the wide-angle shooter utterly useless for those who aren’t much into videos.

While the primary lens can record 4K at 30fps, the action cam is only capable of taking 1080p videos in either 30 or 60 frames per second. Anyways, the phone does allow shooting in 21:9 ratio for a more cinematic look while accommodating more things into the frame.

The front camera too is reasonably impressive. Selfies are sharp and have ample amounts of detail with natural skin tones. However, the background tends to overexpose at times, especially in overly bright areas.

With the built-in 3,500mAh battery, the phone managed to last us till the evening, giving a screen on time of about 5 hours with tasks including listening to music via Bluetooth, using GPS navigation, using social media apps, checking emails and playing casual games. And while the device supports 15W TurboCharge, Motorola has shipped a basic 10W charger in the box which could be a bummer for many.

Moto One Action Review Verdict – Should you buy one?

The Moto One Action promises a quite right user experience with a beautiful CinemaVision display, good enough cameras and fluid performance- all of this while offering large storage and the fan-favourite stock Android. Plus, the action camera has its own perks for content creators and vloggers.

That being said, the battery life is sort of average and 21:9 isn’t really very mainstream. So, if you’re inclined towards videography, binge-watching and brand value, the One Action would be a perfect choice for a price of INR 13,999. However, if you’re into something else, have a look at the Xiaomi Mi A3 (review) and Realme 5 Pro.