The Vietnamese smartphone maker Mobiistar launched their India operations just last year and have already made a name for themselves in the sub 10k smartphone market. Their strategy has been to be available on both the online and offline market and are particularly famous in Southern states. The brand recently launched their newest budget offering, the Mobiistar X1 Notch, which as the name suggests brings a notch along with a shiny paint job to the table.

The phone comes in two RAM/storage configurations and we have the higher spec’d variant with us. The phone is powered by the MediaTek A22 processor and brings slightly tweaked Android experience to the users. We have been using the smartphone for a while now and here’s our full review. 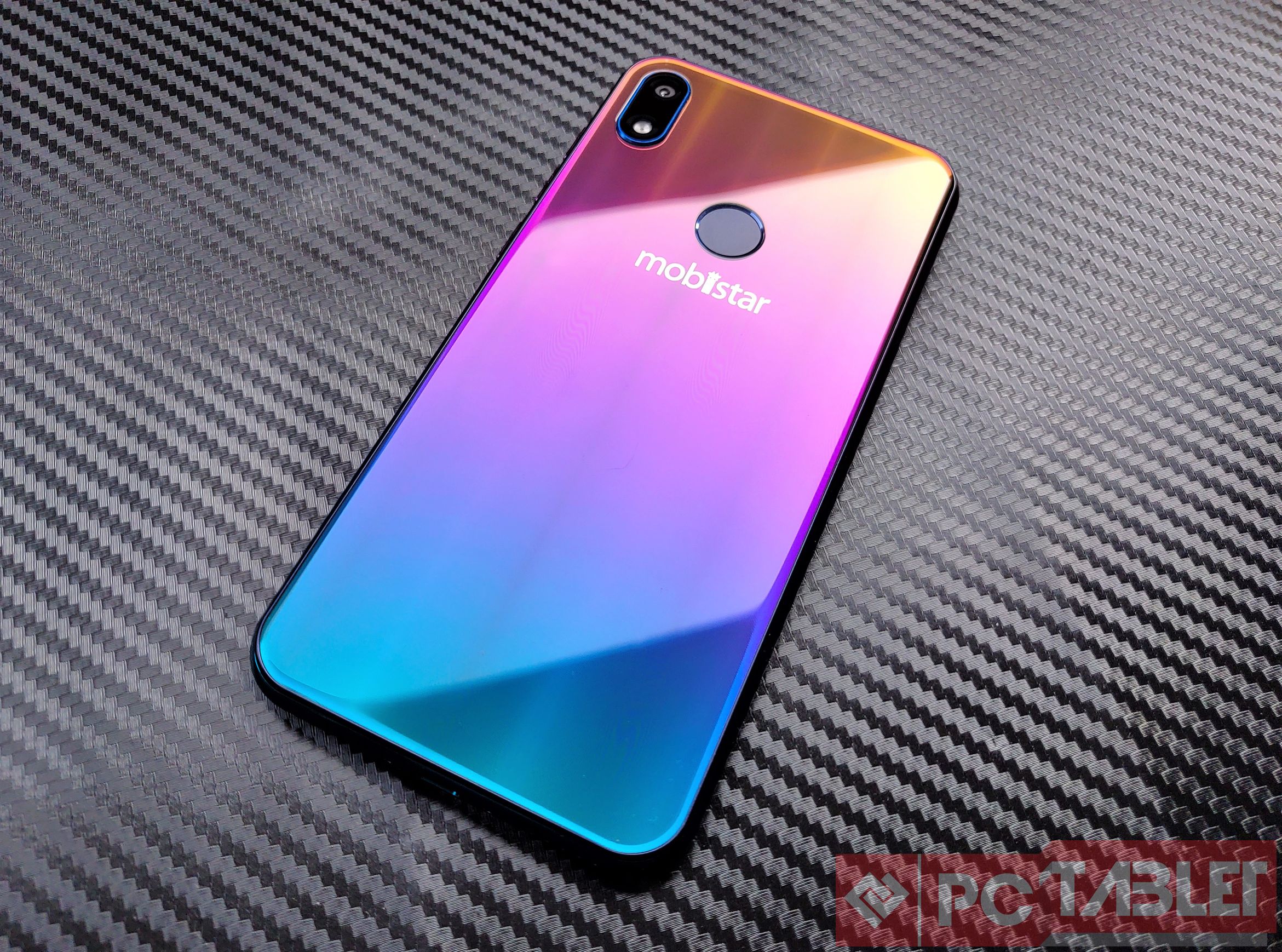 There is the Mobiistar X1 Notch branding on top. As soon as you lift the top part, you are greeted with the smartphone. Underneath lie the documentation and the supplied accessories.

The X1 Notch is perhaps, one of the best-looking smartphone in the under 10k price bracket. The phone comes in three color choices and the one we have is called the ‘Gradient Shine’ which from the first looks seems to be inspired by Huawei smartphones with that crazy gradient paint job. The brand hasn’t cut any corners on the build and the phone comes with a glass back. You get a single rear camera sensor on the back along with the LED flash and a fingerprint sensor mounted in the middle. 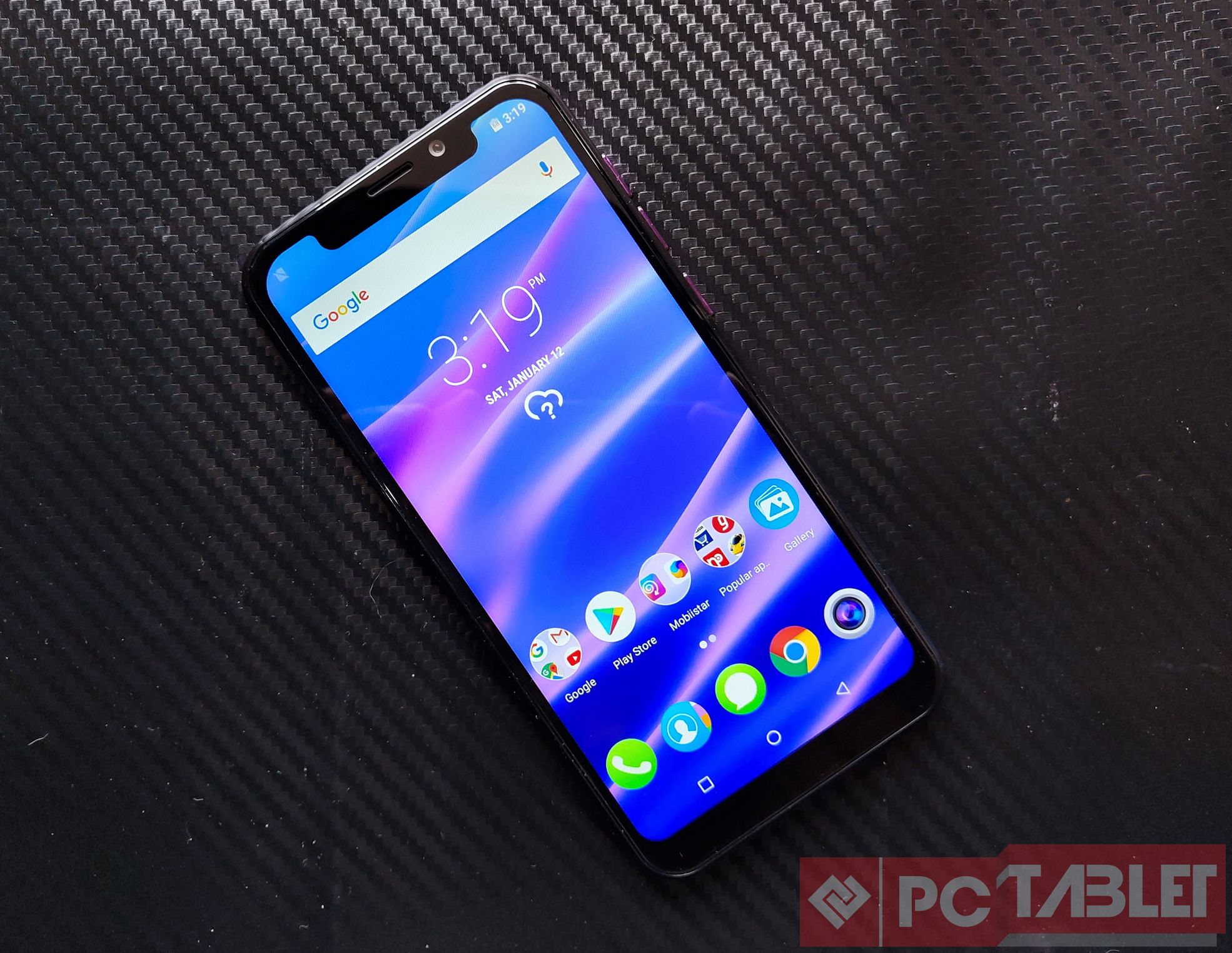 Flipping the phone reveals the 5.7-inch LCD display with an HD+ resolution. This is the very first smartphone from the brand to be come with a notch and boy it’s a chunky one. The notch houses the front-facing camera, earpiece, sensors, and the notification LED. There are thick bezels all around along with a chin on the bottom. The power and volume buttons are placed on the right while the SIM tray is on the left. The 3.5mm audio jack is placed on the top with the microUSB port and speaker placed on the bottom. 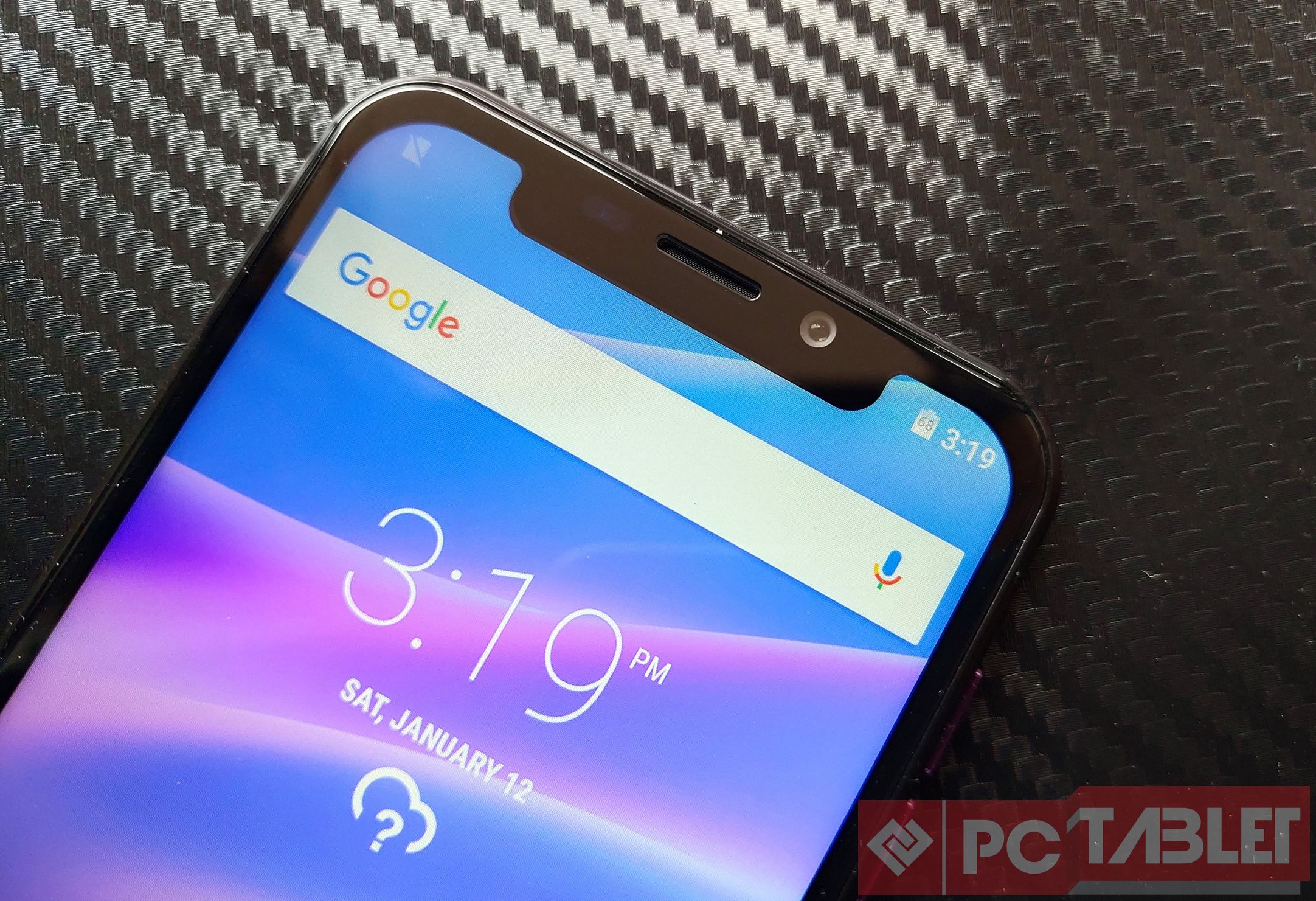 The display is nothing to boast of. The viewing angles are decent and the outdoor legibility is on point. For a phone that starts with 7k, the display seems okay. The resolution is capped to HD+ which is standard in price bracket and we didn’t really notice any pixilation of sorts.

Like most smartphone manufacturers in the market, Mobiistar has also gone ahead and added a custom skin on top of Android 8.1 Oreo. The skin is lightweight with most changes done to the launcher and the icons mainly. The icons used here are lifted from a bunch of Android Skins and iOS. There are a bunch of pre-installed apps present like Gaana, NewsPoint, Asphalt Nitro to name a few. Last year has seen the rise of AI with manufacturers jumping on it with Mobiistar being no exception. There is a use of AI in the camera department to enhance the overall experience. 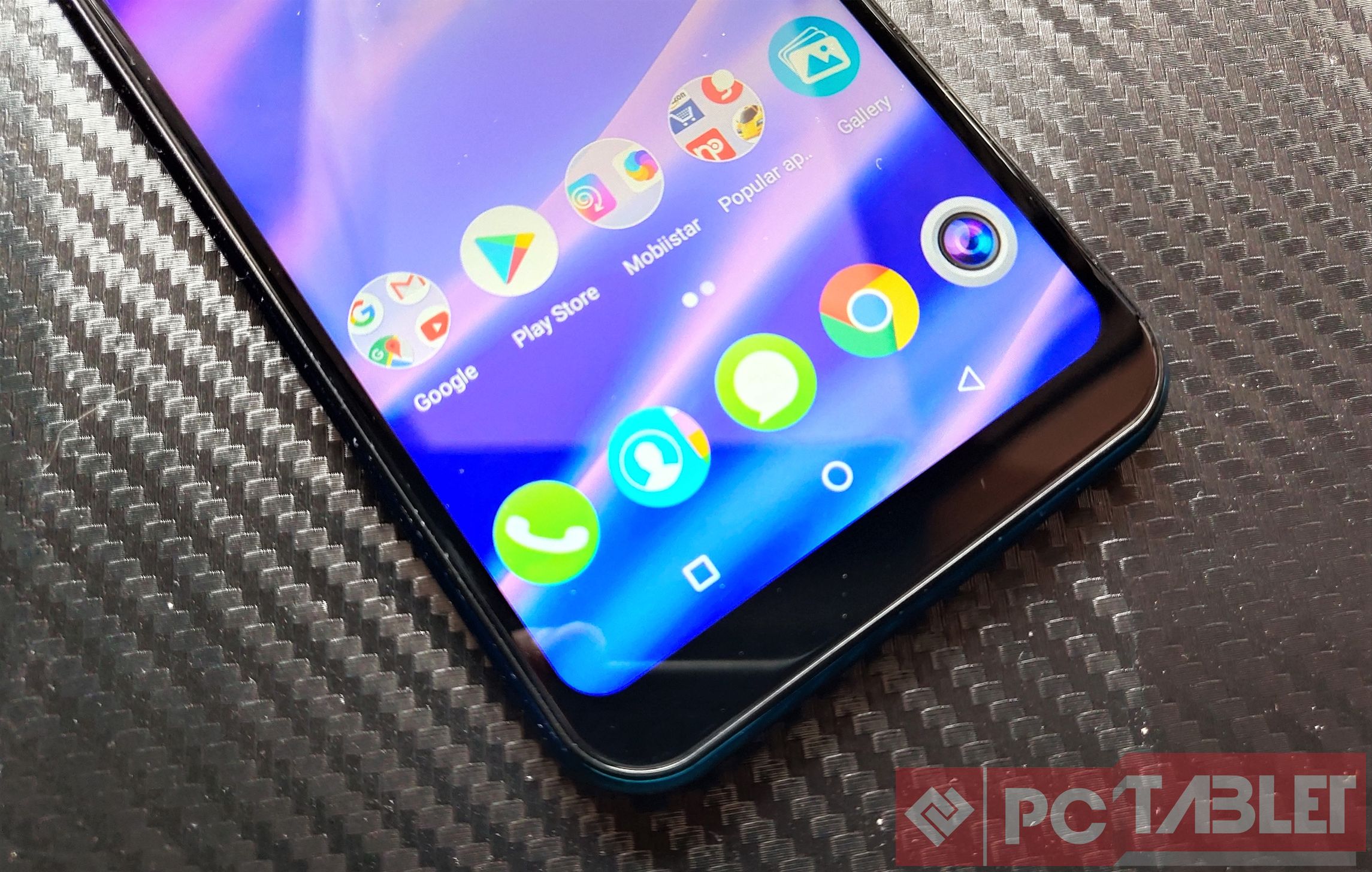 There is a Face Unlock feature added in the software to compliment the fingerprint sensor which works well in good lit situations but struggles to open the phone in low light conditions.

The X1 Notch comes with a single 13-megapixel camera on the rear which is assisted with an LED flash. The selfie camera is also a 13-megapixel shooter. The brand has added AI features to the camera app which helps to tweak colors according to the scenes.

The camera app has a neatly laid out design and covers modes like Facebeauty, Night, Panorama, HDR, and Pro mode. Apart from these, you get filters and a portrait mode for selfies. When coming to the camera performance the phone takes some decent shots in a well-lit environment but lacks in the low light conditions which are to be expected in this price category. That being said, the phone can shoot up to 1080p videos and comes with support for Electronic Image Stabilization (EIS).

The front selfie shooter seems to be same as the rear one and the quality is also the same. However, you do get support for portrait selfies which is missing in the rear camera. Along with this AI is present on both the cameras. 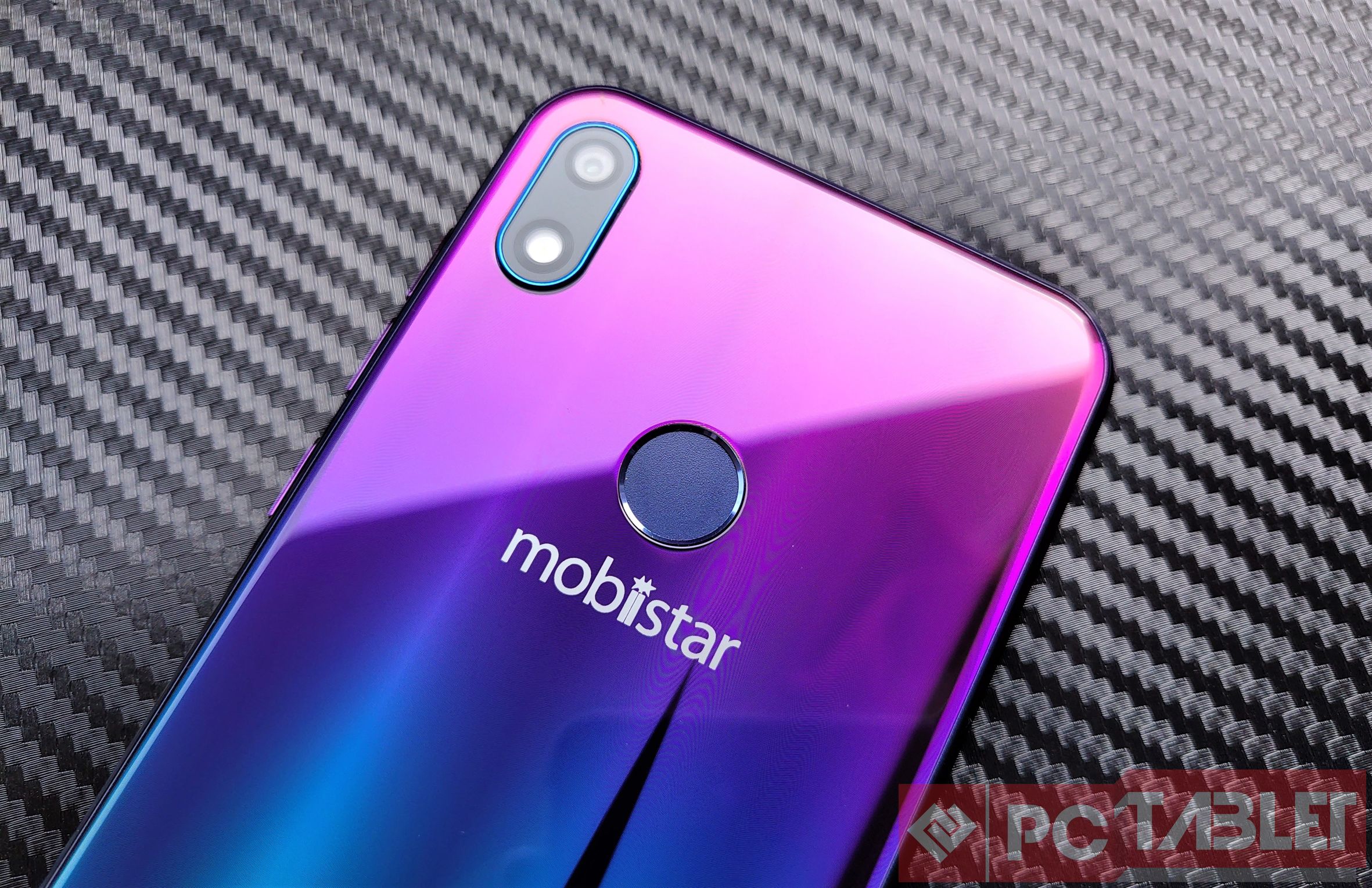 The phone comes packed with a 3,020mAh battery which is sufficient for a full day worth of use under moderate usage. During our tests, we managed to get 4 hours of screen-on-time with just 15% charge left at the end of the day. Using the supplied charger, the phone takes close to 2 ½ hours for a full top up.

Lately, the sub 10k category has seen a surge of very decent offerings. The Mobiistar X1 Notch offers a premium design that can easily match a 15k smartphone but the phone does have its shortcomings. The processor is a little underpowered and the cameras need work. The phone in our opinion is a bit hard to sell in the online space considering the competition from brands like Xiaomi, Asus, and Realme but will definitely survive in the offline market.