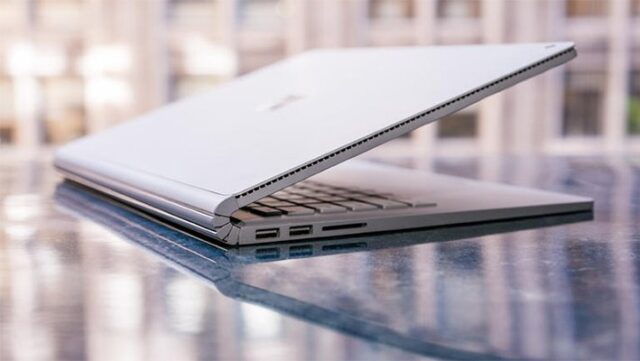 If rumors mill to be believed, we can see the release of Microsoft Surface Book 2 as early as Q1 2017 with Intel’s 7th-Gen Kaby Lake Processors. As the Anniversary update being already rolled out by Microsoft for Windows 10, there is no further major update in the picture for the next few months, which means Microsoft would be now majorly focusing on shipping the solid products with more stable Windows 10.

Microsoft’s Surface Book launched recently, was set to capture those who preferred the conventional form of a laptop over a tablet. Like the Surface Pro was meant to replace the use of a laptop, the Surface Book seems to look to replace a tablet with its detachable keyboard. Sold at a base price of around $1,500 with top models that could cost more than $3,000, the Microsoft Surface Pro was met much skepticism, considering it was the first hybrid device of its nature.

As with any new product, you’ll only see the grind of newly introduced facets through practical application. Here’s what we hope to see improved in Microsoft Surface Book 2:

Users have put out much disappointment about there being trouble with the graphics driver on the device. Considering that you can plug and unplug the tablet from its docking keyboard, there have been reports with some software and gaming applications being unable to adapt without the device being re-booted.

Although using your Surface Book with its dock provides you with accelerated graphics, having a better chip than the integrated Intel one in the tablet would do more good.

While it’s a fact that you receive improved battery life when using your Surface Book with its dock, your tablet can only give you about 3 hours of juice as a stand-along device. This in a way beats Microsoft’s purpose of having the Surface Book being chosen over competitors’ tablets.

With a whopping price tag, we’re hoping to see the Microsoft Surface Book 2 make up for all the shortcomings that arose from the first generation of its hybrid devices. But we have nothing concrete on the Surface Book 2 yet, which only makes most of our wishes turn to speculation until Microsoft confirms any of it officially.