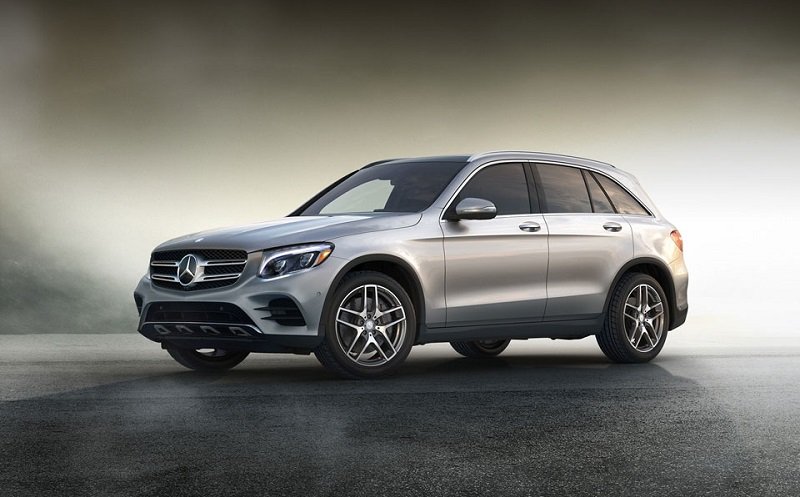 While the GLC SUV was initially released in India back in June this year, German car manufacturer Mercedes-Benz has finally launched it’s India-made GLC SUV in India. Priced at Rs. 47.90 lakh for the petrol variant and Rs. 51.90 lakh for the diesel variant, the locally made GLC SUV is available in three trim levels. The base model GLC 220d Style starts Rs 47.9 lakhs, while the GLC 220d Sport and the GLC 300 Sport are priced at Rs. 51.5 lakh and Rs. 51.9 lakh respectively.

The GLC SUV’s styling gets inspired by the C-Class, with similar front-facing twin slat grilles decked in a chrome finish. Even the headlights bear a striking similarity with the C-Class, while rear gets AMG GT-like tail lamps along with twin exhausts.

Under the hood, the GLC 220d gets powered by a 2143cc 4-cylinder diesel engine that churns out 170bhp and 400Nm of torque. While its petrol variant the GLC 300 rocks a 1991cc 4-cylinder engine that produces 245bhp of power and 370 Nm of torque. The drivetrain in both variants is mated to a 9-speed automatic transmission via the 4MATIC all-wheel drive system.

As features go, the GLC SUV sports 18-inch alloy wheels, a 7-inch infotainment system that gives a 360-degree view of the SUV, Garmin navigation system, panoramic sunroof, keyless starting mechanism and automatic climate control to name a few. Besides, it also gets a few driving modes along with a feature for off-road and hill descent.

While in terms of safety-related features, the Mercedes GLC comes with a reverse camera with active park assist, adaptive brake lights, tyre pressure monitoring system, along with a total of 7-airbags. Also, the SUV’s boot capacity of 550-litres is further expandable to 1600-litres with rear seats folded.

The India-made Mercedes GLC SUV is a rather important product in the company’s armory. It can reap the benefits of locally manufacturing the SUV with reduced prices to attract more customers. Besides, it can now rival the likes of the Audi Q5 and the BMW X3.

To recall, Mercedes-Benz first launched the GLC SUV back in June in its CBU form dubbed as ‘Edition 1’. The company did mention its plans to bring a Made-in-India version as well. And it’s finally here as it launches the locally-made GLC SUV from the Mercedes-Benz manufacturing unit located in Chakan Pune.