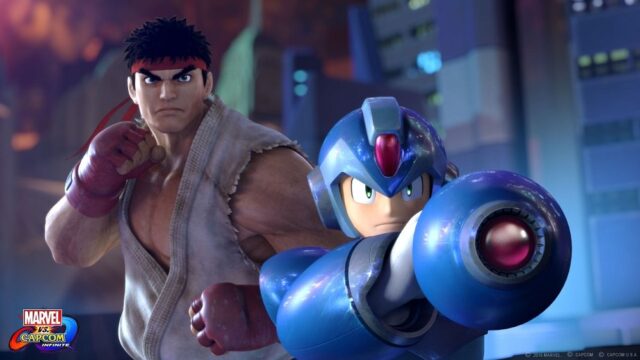 Capcom officially confirms Marvel Vs Capcom: Infinite is all set for a global release on September 19. The game will be available to play across all major platforms which include the PC, the PlayStation 4, along with the Xbox One.

Apart from revealing the game’s release date, Capcom also announced the debut of eight new characters in the game along with a story trailer revealing what’s in store when heroes take on the bad guys.

New Marvel characters added in the game include Hulk, Hawkeye, Rocket Racoon, and Thor. Joining the game from Capcom side are Chun-Li, Strider Hiryu, and Chris Redfield from Resident Evil. All these characters will work together to topple Marvel villain Ultron, who also happens to be a playable character.

As you can see in the trailer, Ultron has allied with Sigma from the Mega Man X series. The two forces have joined hands to unleash the wrath of a cybernetic virus that will allow them to control both Marvel and Capcom universes. This battle between the good and the bad will be showcased in a new cinematic story mode. Besides, two new stages have also been added called Avengers Tower and Throne Room.

“For the first time in franchise history, the Marvel and Capcom universes collide in a visually stunning and immersive cinematic Story Mode, as heroes and villains battle together to save their merged worlds from a sinister new threat, Ultron Sigma,” Capcom explains in a press release.

It’s also worth noting that Capcom has announced multiple versions of the upcoming Marvel vs Capcom: Infinite that will be available for purchase when the game officially launches in September. According to Capcom, apart from the Standard Edition is a Deluxe Edition, which not only gets the main game and 2017 Character Pass, but also six additional post-launch characters which include Sigma, the antagonist from the Mega Man X series.

The Deluxe Edition will only be available for the PS4 and Xbox One and gets four premium character dioramas of Iron Man, Captain Marvel, Mega Man X, and Chun-Li. In addition, it comes with a case filled withInfinity stone replicas, along with a SteelBoook packaging that houses the Deluxe Edition of the game that will retail at $199.99.

In the US, gamers who pre-order any version of Marvel Vs. Capcom: Infinite will get the Warrior Thor and Evil Ryu costumes, along with Gladiator Hulk and Command Mission X outfits.