The 3-D (three-dimensional) images were captured by the Mars Color Camera (MCC) from a height of 1,857 km. The package of images also includes the pictures of the Opir Chasma, a valley 62 km wide and bordered by high cliffs.

Earlier this year, India’s Mars Orbiter Mission – Mangalyaan has also beamed back high-resolution (HD) pictures of prominent Martian landmarks including the Aurorae Chaos – a part of chaos terrain, which includes unbalanced flat-topped blocks several kilometers across. The pictures displayed signs of fluvial activity, meaning that water flowed there sometime in the past.

The same fluvial imprints were also spotted in the pictures sent earlier of the Ma’adim Vallis, which is an outflow channel from a space believed to have once contained a group of lakes. 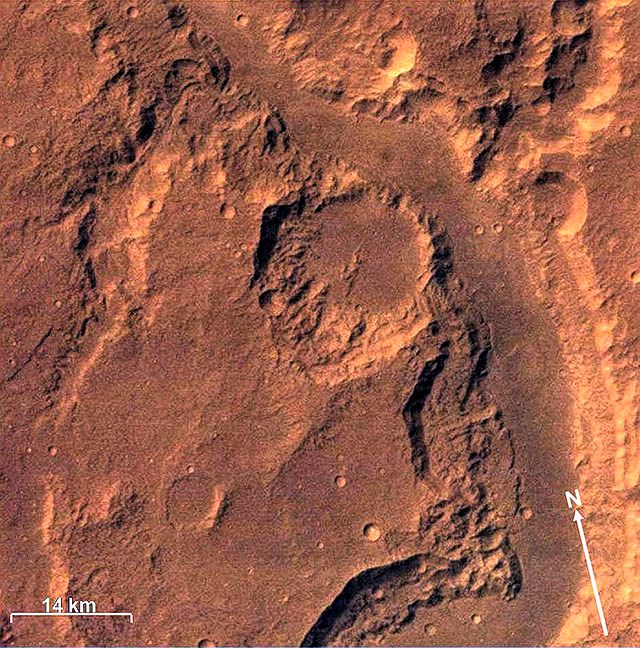 India’s Mars Orbiter Mission (MoM) costs Rs. 450 crores and was successfully launched by ISRO reached Mars in September 2014. It can still survive for years in the Martian orbit with the 39 kilograms of fuel that it still present in its fuel tanks.

In June, ISRO was honored with the Space Pioneer Award for the year 2015 by the US National Space Society for Mangalyaan.

ISRO is planning to launch a follow-up mission called Mangalyaan 2 with a better scientific payload to Mars between 2018 and 2020.