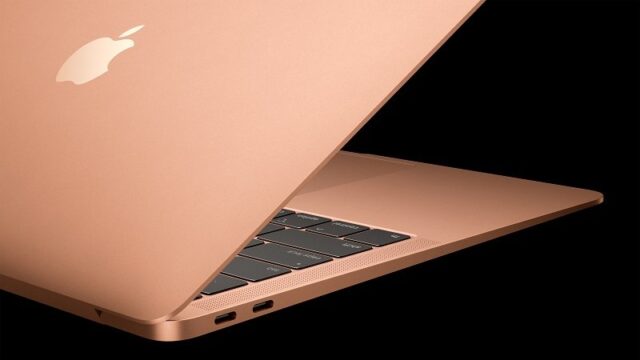 The new MacBook Air is made of 100 percent recycled aluminium which makes it lighter at 1.24 kg. It also gets noticeably slimmer bezels around the display. Besides, the new MacBook Air offers four times more resolution than its predecessor thanks to the 2560×1600 pixel resolution display. Moreover, the new Retina display is claimed to offer 48 percent more colour reproduction than its previous model and if you are looking to sell your used old MacBook, click here for the best offer.

Elsewhere, Apple has added the new T2 Security chip with the Touch ID sensor for enhanced security, as well as for making secure digital payments via Apple Pay.

In terms of connectivity, the new MacBook Air offers two Thunderbolt 3 ports for data transfer via Thunderbolt or USB. They can also be used to connect other devices such as eGPU displays as well as 4K to 5K displays for improved graphics performance. Not to mention, it also gets the classic 3.5mm headphone jack.

Other notable features include an in-built FaceTime HD camera which is tailor-made for Group FaceTime calls. It is further paired with a three microphone array for improved voice recognition with Siri and for making calls.

As far as pricing goes, the new MacBook Air gets a starting price tag of $1,199 (INR 88,318 approx.). India pricing and availability is yet to announced, though we’ll update you as soon as we get the official word from Apple. Until then, keep checking this space for more.