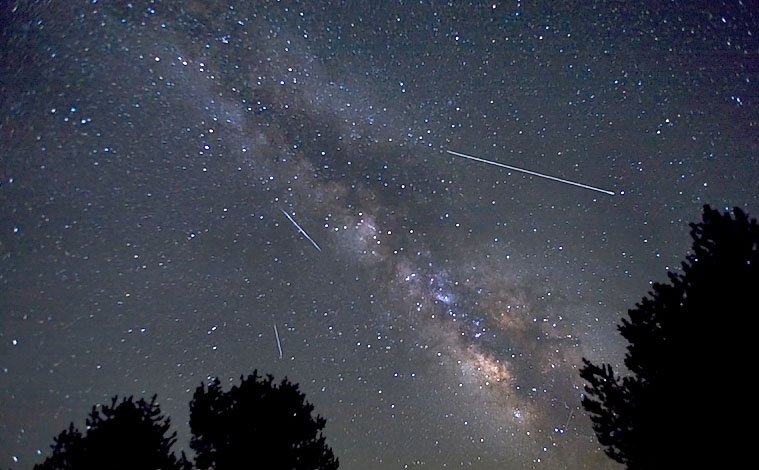 Every year the annual shower of the meteor takes place in between April 16 and 25. This year the forecast says that the shower is to peak on the nights of Tuesday and Wednesday, and the best view is expected to be visible somewhere nearing dawn on the morning of Thursday. The Lyrids meteor shower occurs when the Earth moves through the left over dust from the C/186 G1 Thatcher comet.

The comet makes a complete orbit of the sun once in 415 years. Records reveal that these incidences of the shower date back to around 2,700 years. When the shower is at its peak, it produces 10 to 20 meteors per hour. Dorset is expected to have clear skies until early morning when a light cover of the cloud is expected.

Predicted temperatures around 4 am are to be in between 9 C to 7C. The forecast for Wednesday evening is clear skies until midnight when partial cloudiness is expected.

The first thing you need to enjoy the fireworks of the meteor shower is clear skies. If the weather is cloudy, then you cannot possibly enjoy the view. To get a better view, Jonathan Powell, Abergavenny and District Astronomical Society’s secretary advice getting a nice dark place, with a good Northeast view that is essentially away from the lighting of the street. If all is good, you are sure to enjoy a celestial firework display.

Powell says that Lyrids Meteor showers occur on the brighter side and hence look spectacular. He recommends visiting Blaenavon to get a better and unobstructed view of the showers. The shower is placed in the Lyra constellation, near its brightest star, Vega or Alpha Lyrae.