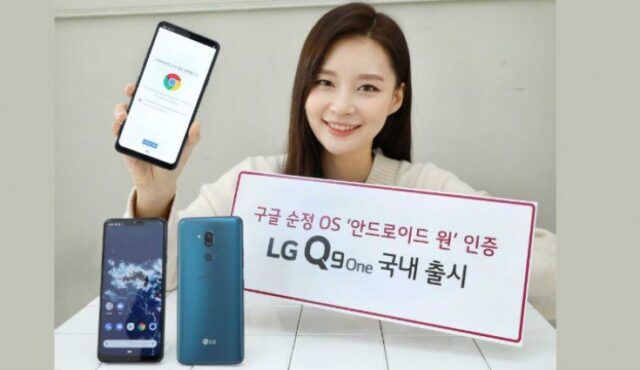 LG has now launched the Android One version of Q9, dubbed as LG Q9 One in South Korea. Notably, its a rebadged version of the LG G7 One that was launched alongside LG Fit last year at IFA Berlin.

Main highlights of the device include a Quad-HD+ display, military-grade build and a fingerprint scanner at the rear which also doubles up as a trigger for Google Assitant. As mentioned, the device comes with stock Android under Android One programme for regular software updates.

Under the hood, the device gets powered by the dated Qualcomm Snapdragon 835 SoC, coupled with 4 GB of RAM and 64GB of internal storage. Notably, the storage can be expanded further using a microSD card slot (up to 2TB).

Coming to the optics, the rear accommodates an optically stabilized 16-megapixel shooter having an aperture of f/1.6 alongside HDR10 support. There is no dual camera setup on the device. For selfies, there’s an 8-megapixel with f/1.9 aperture and an 80-degree field of view.

Thanks to Android One, the phone runs the latest Android 9 Pie out of the box. Powering the phone is a 3,000 mAh battery that supports Quick Charge 3.0 technology. Moreover, the LG Q9 One One gets Quad DAC, DTS:X, and comes with a military grade MIL-STD 810G certified build. Not to mention, the phone also carries IP68 rated for dust and water protection. Lastly, the handset measures 153.2 x 71.9 x 7.9mm and weighs quite light at 156 grams. 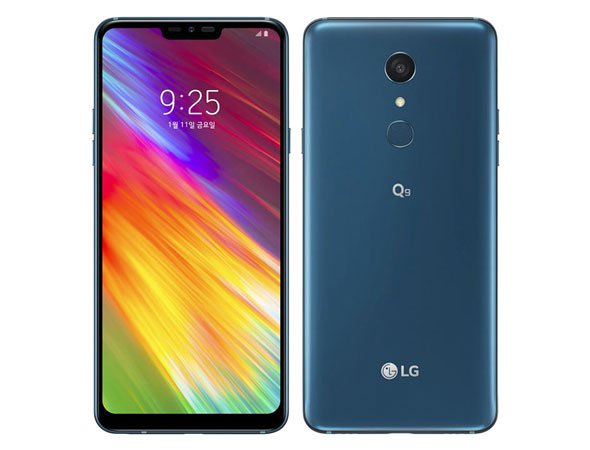 The LG Q9 One has been priced at KRW 599,500 (roughly Rs. 37,900) in South Korea. The device will be available for purchase in Moroccan Blue colour option via LG U+ starting February 15.