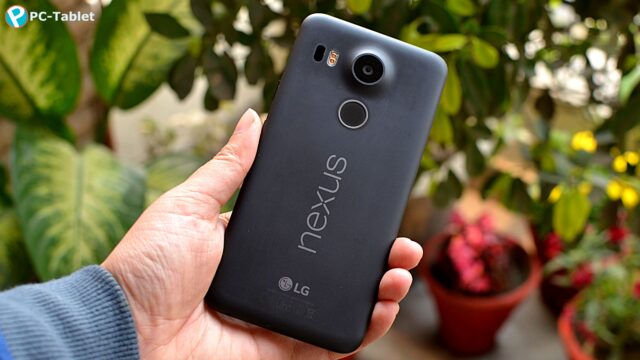 This is the LG Nexus 5X, one the first phone to have Android 6.0 Marshmallow. It’s the successor of Nexus 5 which was also made by the LG for Google. I’ve been playing with this phone for quite a time now and here is my review of LG Nexus 5X. 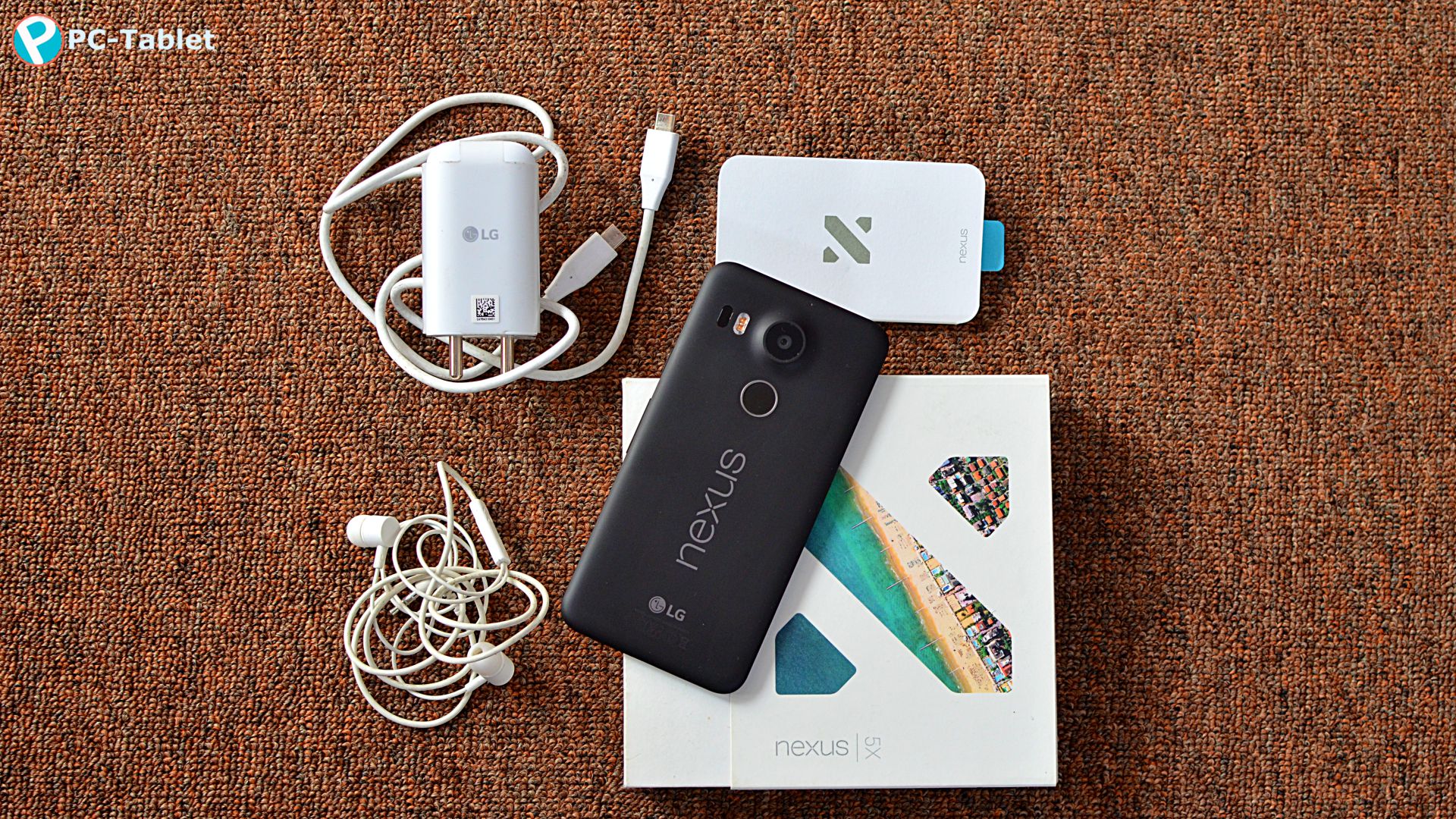 Also, if you have a laptop with Type-C port, only then you can connect your phone with it, else you need to buy a separate cable that has USB 2.0 or 3.0 port on one side.

I don’t know what the design team had in their mind while shipping this useless cable with the phone. The wall adapter has 3 Amp output and supports rapid charging. 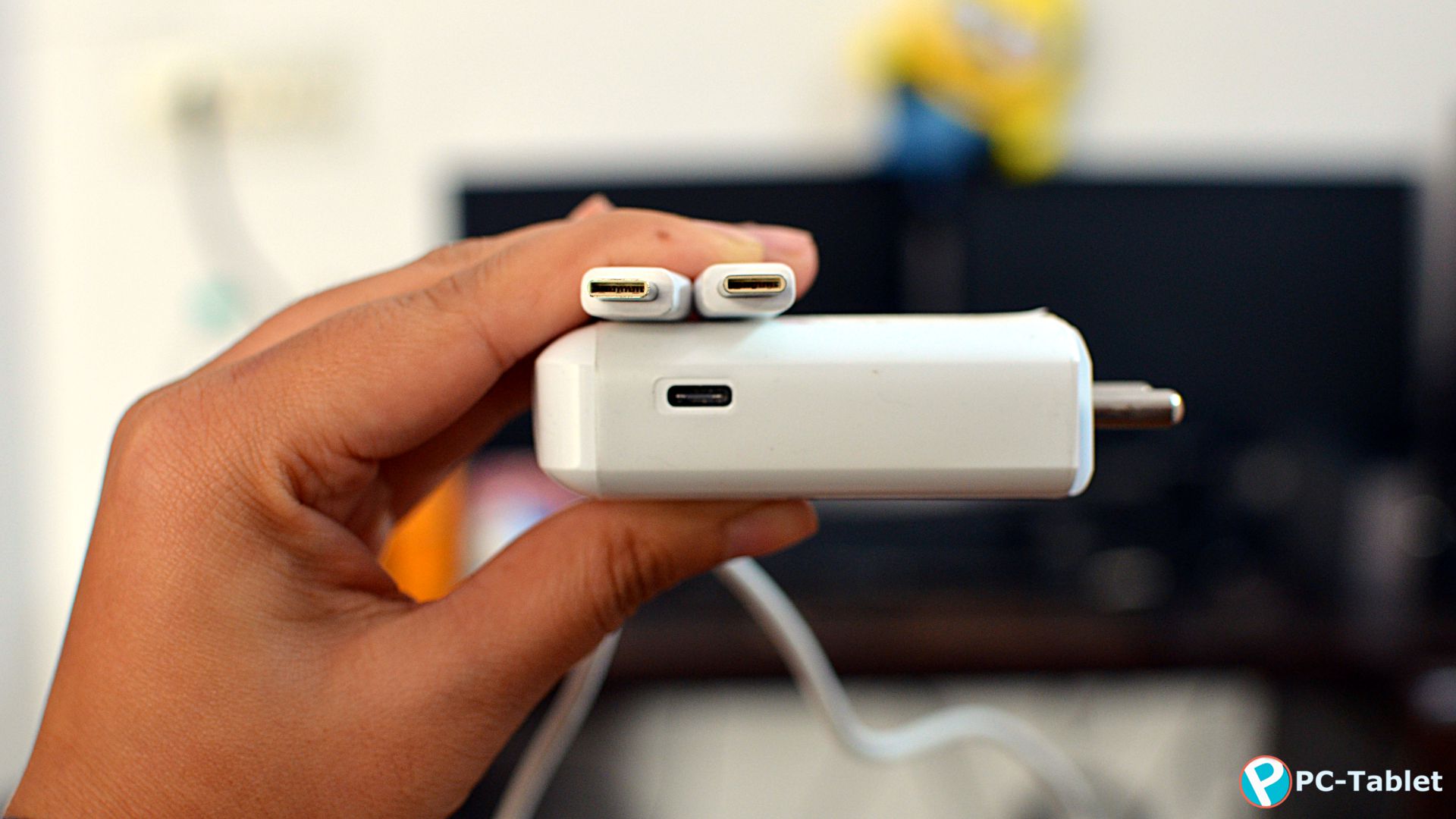 LG Nexus 5X is available in three colors: Carbon Black, Quartz, and Ice Blue. And we’ve got the carbon black to review.

Looking around, it has a single Nano SIM slot on the left, power key and volume rockers on the right, 3.5mm audio jack, USB Type-C port and secondary mic at the bottom, and just a mic on the top of the phone.

The front looks quite similar to Motorola devices having speaker grills below and above the display. However, only below the screen speaker gives the output while playing media.

Above the screen, there is also a 5MP selfie camera, ambient light, and proximity sensor located just below the speaker.

Both the battery and back are non removable. The 12.5 MP camera module along with dual LED flash and laser autofocus are located at top center of the back. And just below the camera, you’ll notice the vast Nexus logo and LG branding.

Though the display is 5.2-inches, but it is a pretty big device with rounded corners, all plastic at back thus very much light and comfortable to hold especially when you use the fingerprint sensor.

Weighs at 136g, its sleek design is what fascinated me much without compromising on any aspect of the design. The back is semi-matte finish, though it’s good but prone to smudges.

So, obtains 99.9% accuracy. Positioning placed rightly on the back compliments the way you naturally hold the phone. 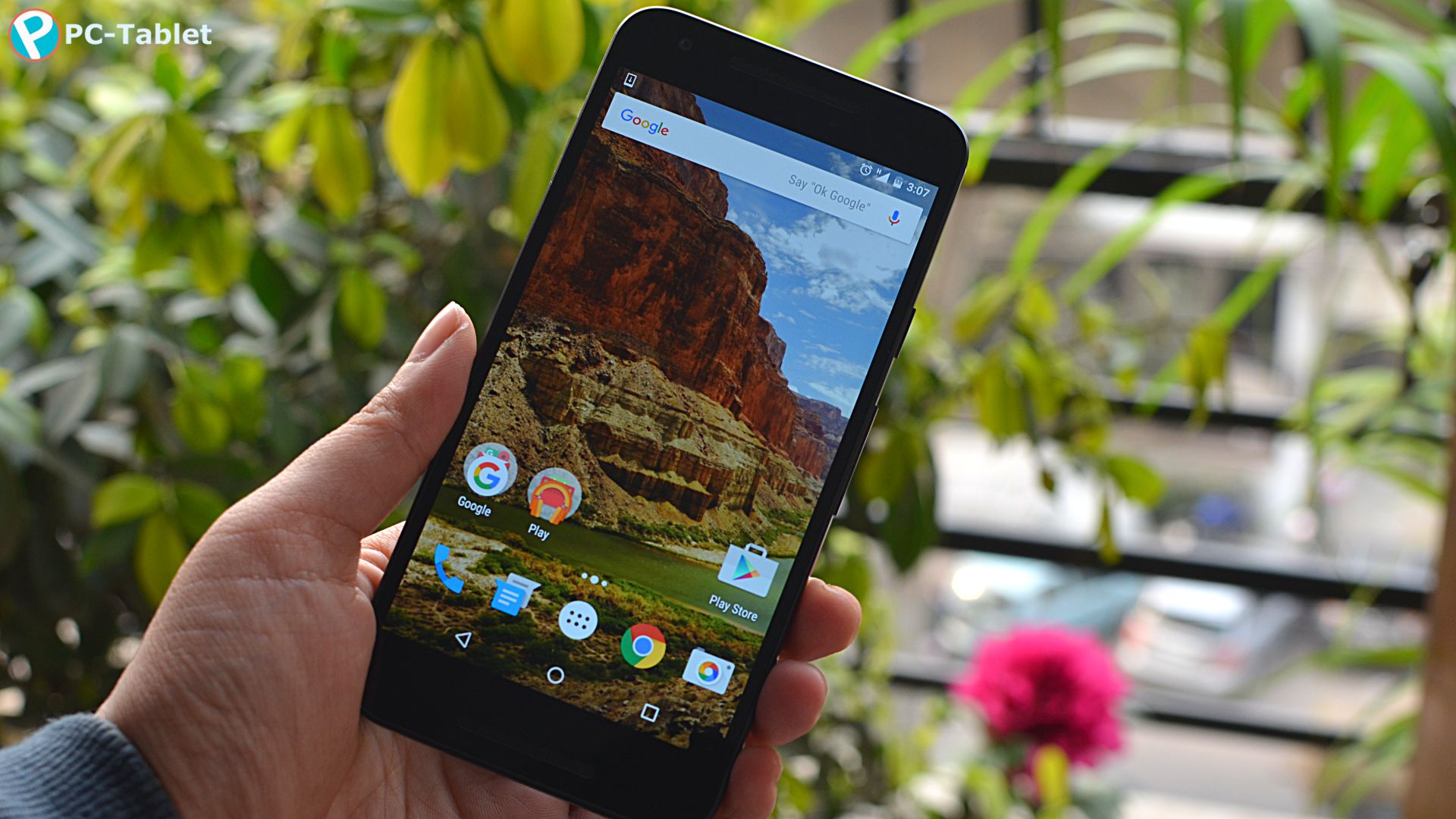 The phone features 1080p 5.2-inches display which is a 0.2-inches increment in size from its predecessor Nexus 5.

The screen is protected by Gorilla Glass 3. Low reflectivity and high contrast make the display even better. The display remains legible in the Sunlight with accurate colors. Also, minimum brightness is just apt for the night without straining your eyes. 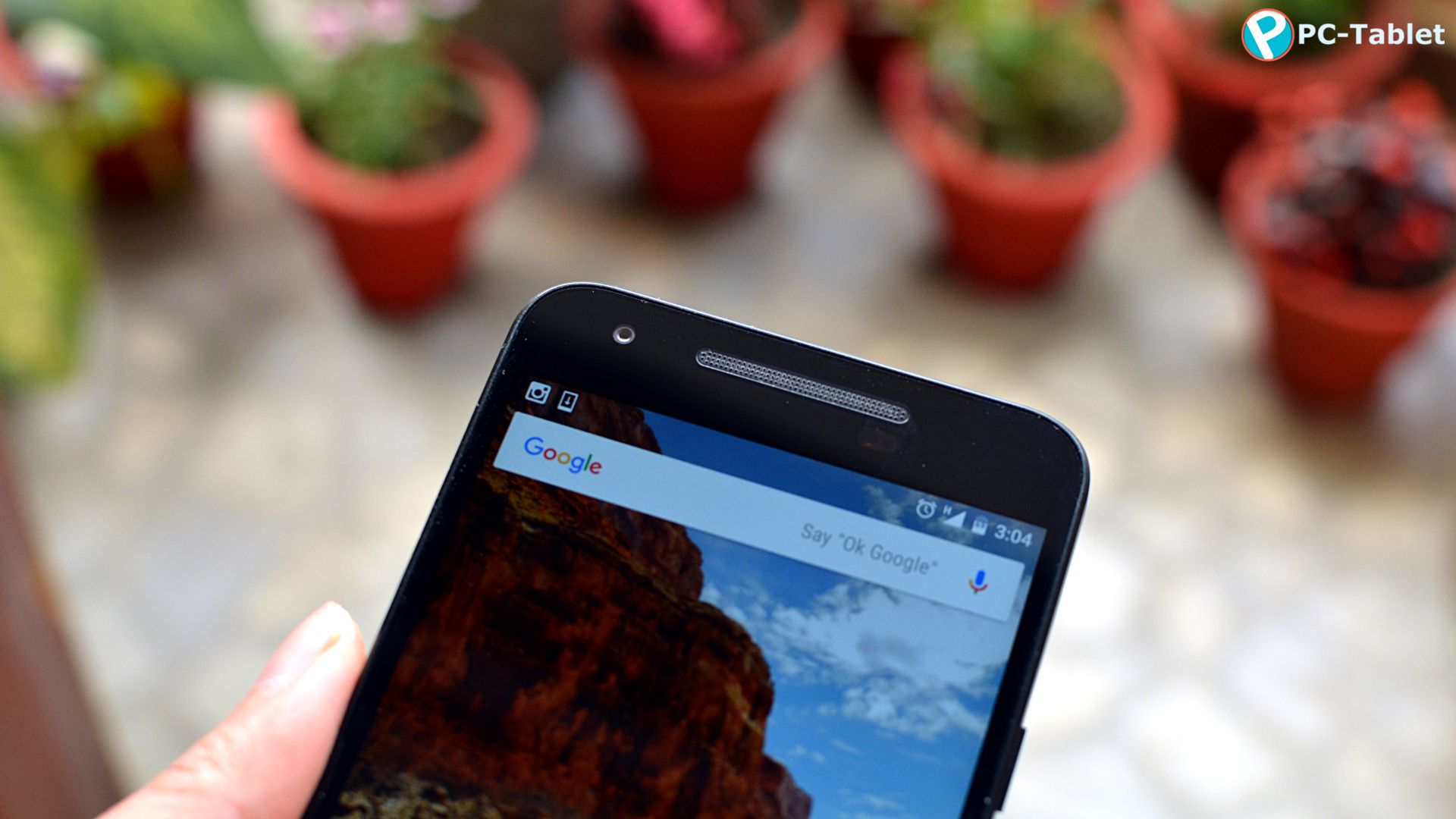 Graphics are powered by Adreno 418 GPU backed up with 2gigs of RAM. Well, that’s a bit of disappointment as it has become a stunt to stuff where even low-cost devices with comes with 3GB of RAM.

But honestly, I haven’t really found any delay in response or lag while performing power-intensive tasks. Apps open up quickly, and even shuffling between the apps doesn’t suffer any delay looking at just 2GB RAM installed. 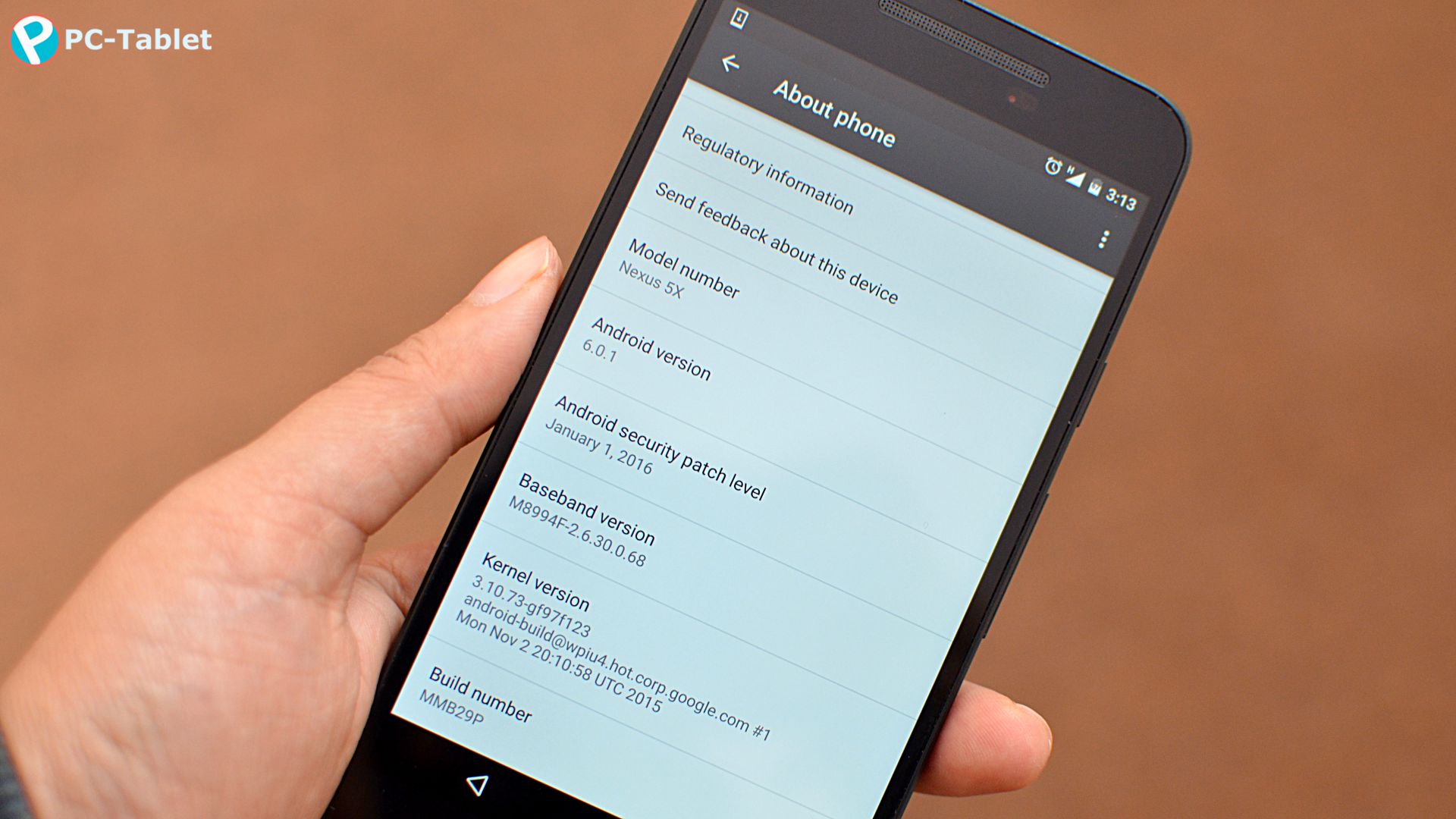 The phone handles heavy stuff like gaming very well too. Performance is smooth all around. All thanks to the stock vanilla Android 6.0 Marshmallow ROM.

Nexus 5X comes in 16GB and 32GB memory options. Choose wisely as there is no option of expanding memory by using a MicroSD card. The one which I am reviewing is the 16GB variant, but honestly, that’s not sufficient for me. So, if possible, just consider buying a 32GB variant.

Regarding software, Nexus devices have always stood ahead. This guy is running Android 6.0 Marshmallow out of the box. 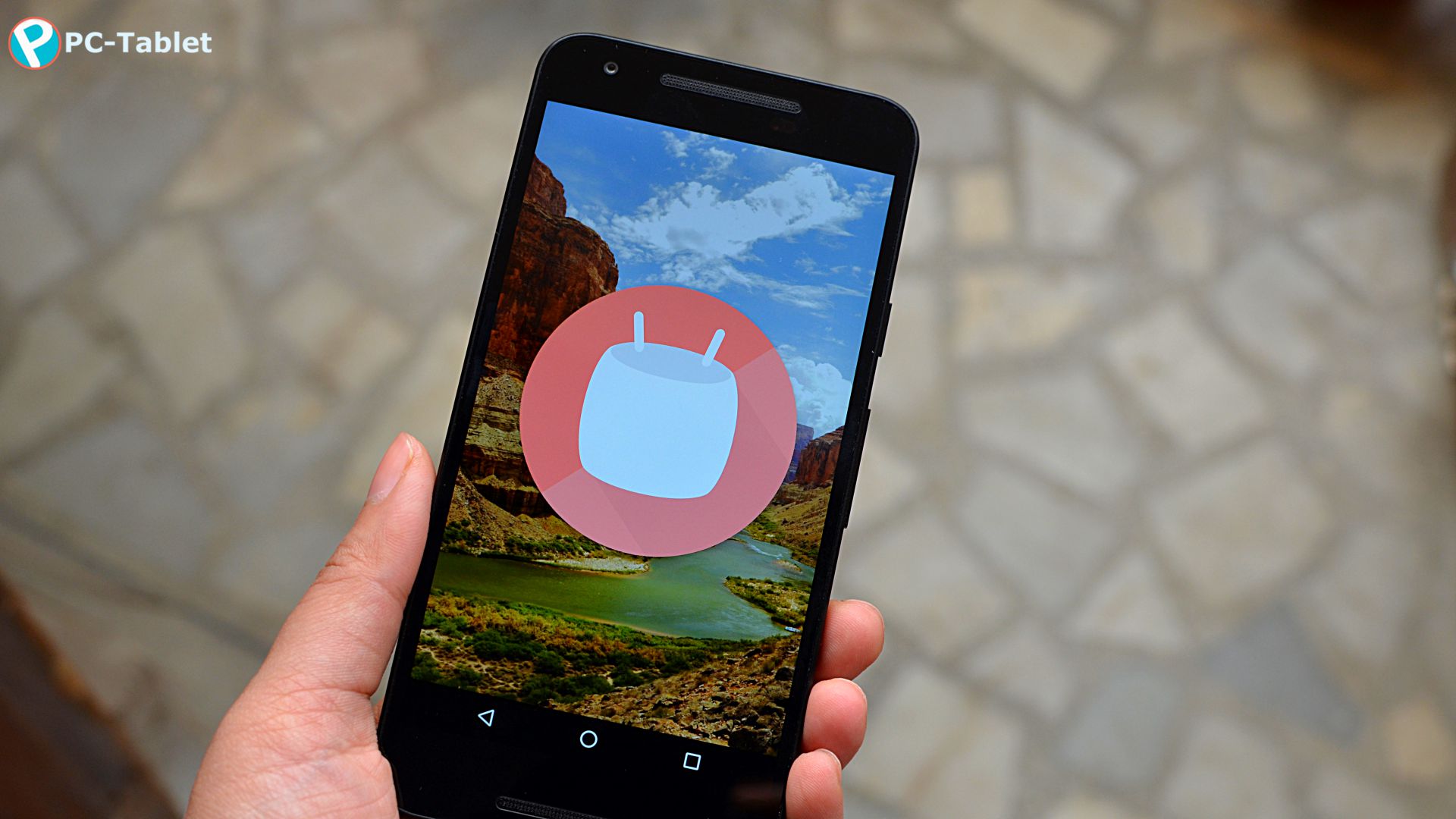 The great thing about Nexus devices is, as I mentioned earlier, you get to experience the stock Android. There may not have been drastic changes in Android Marshmallow over Lollipop, but some of them are noteworthy.

Such as application drawer is now a vertical scrolling list and you’ll figure out a search bar on top and just below to it you can easily find your frequently used apps in a row. And the most prominent feature is now you can grant app permissions at the time when a particular app needs to access a particular feature, and you can also control access to the settings. Rest is the basic Android only. 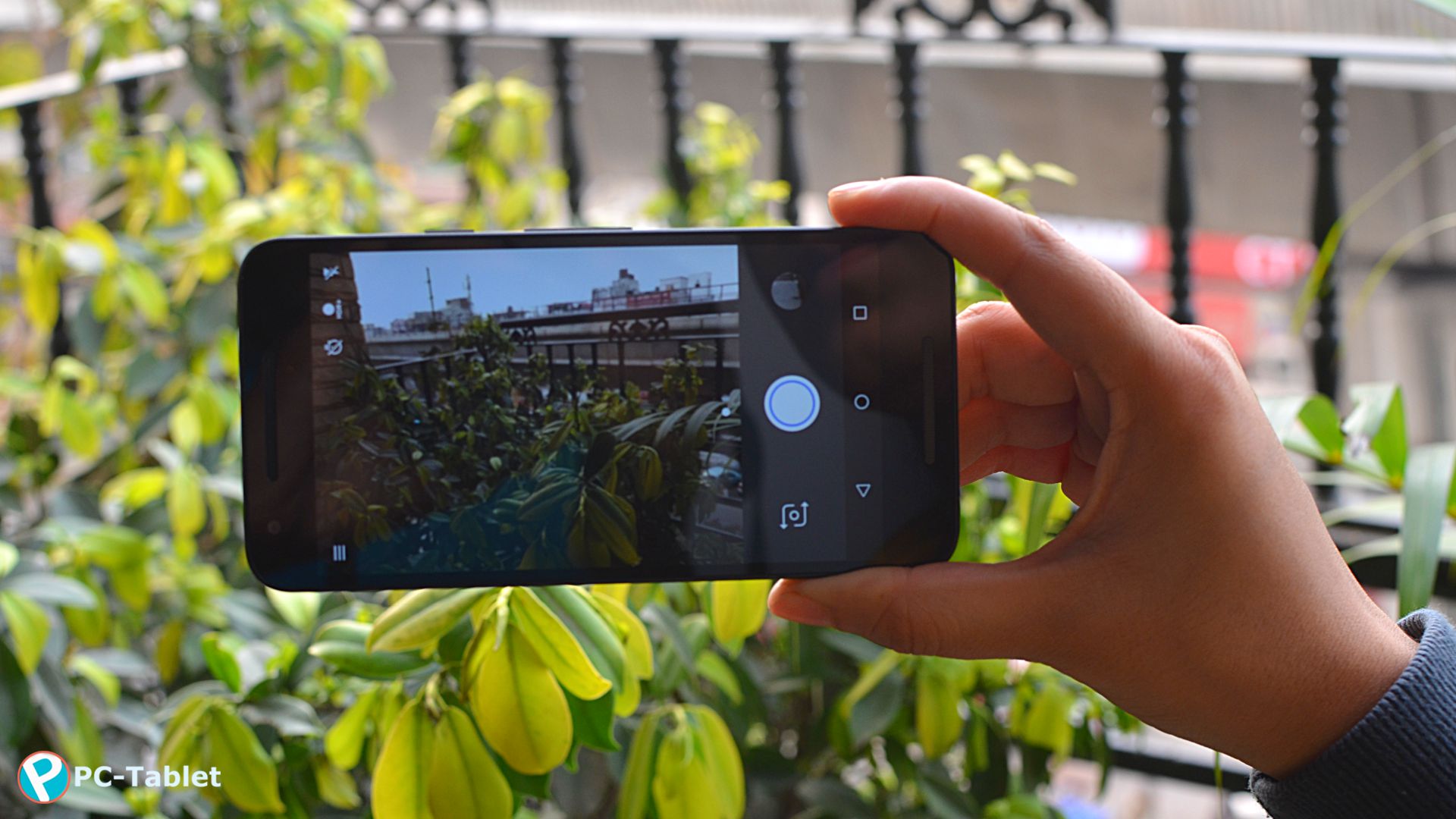 It on boards the same camera as Nexus 6P which is actually great because image quality is outstanding. 12.5 MP camera located at the back with 1.55 microns’ pixel size, f/2.0 aperture, dual-LED flash and a laser autofocus system.

You can double tap the start button to open up camera app quickly. Well earlier I experienced the delay in capturing of photos in default camera app, but it works fine ever since a recent software update rolled out. So now it just works fine.

Focusing speed is fast, and it works really well. I was able to take out few excellent shots. All thanks to laser autofocus installed on the back.

Images are crisp with full of details. Colors, saturation everything is so perfect that you won’t find yourself complaining even a single time. Even in the night, it was capable of taking out good shots unless complete darkness is there. And you’ll experience noise in the darker parts of the image.

HDR mode may not be the best idea always as it creates a bit yellowish effect in the pictures. It allows capturing 4K video at 30FPS and slow motion videos at 120FPS. 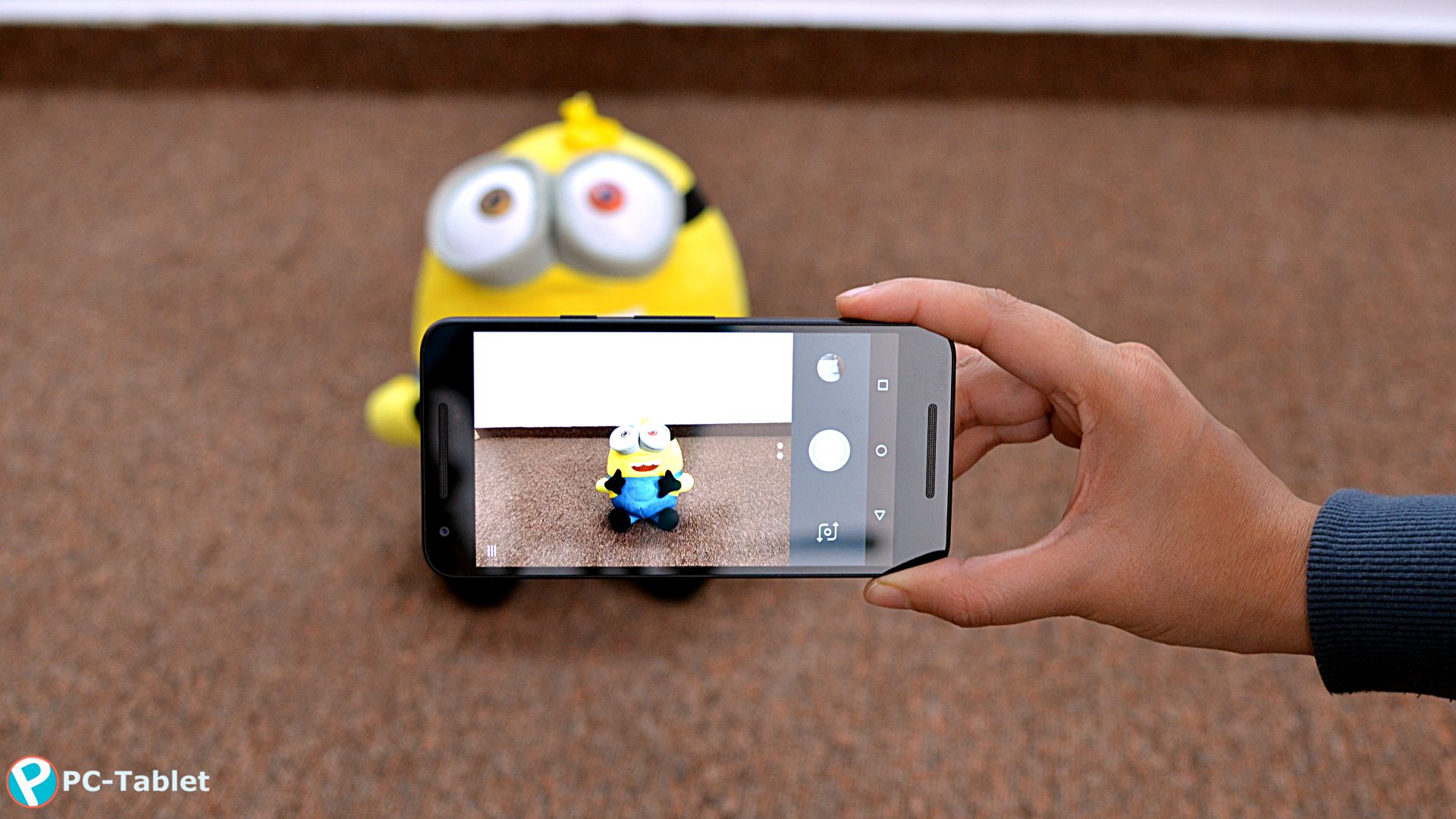 The front 5MP camera is good enough for decent selfies and video chatting. Overall camera quality satisfies me up to a greater extent.

In terms of sound output, speaker performance didn’t make it to the expectations I had. However, network reception and call quality through earpiece were loud, and no issues observed during the usage. 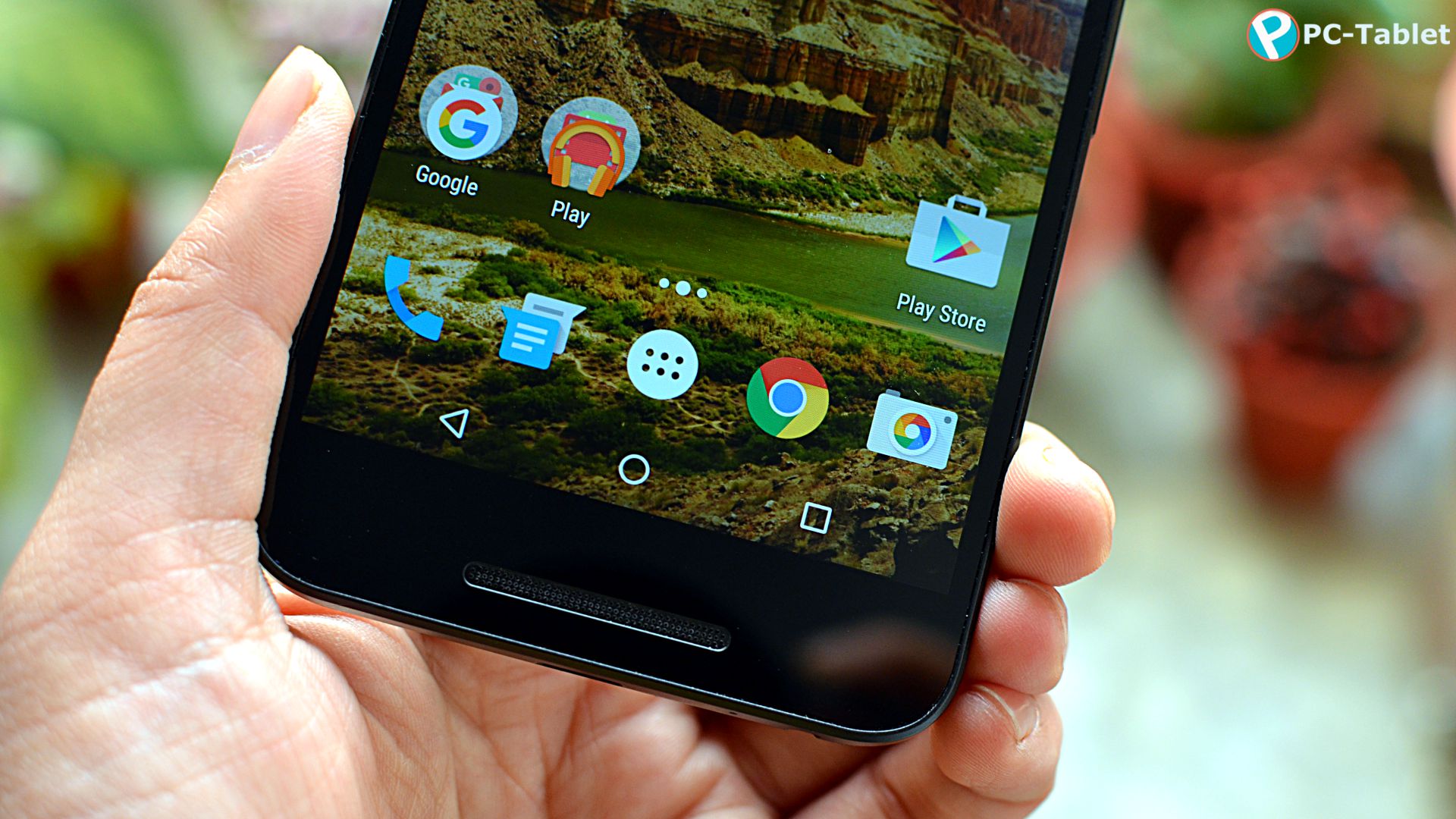 The smartphone packs a 2700mAh battery which one could have assumed looking at the size. Not justified for a flagship device, though. But still in my regular usage, the battery lasted a day long while it could survive only 8-9 hours on heavy usage.

Noticeably, battery level drops fast when played the graphic intensive game at a rate of 10% within 15 minutes of continuous gaming. But it supports rapid charging if bundled charger is used. So within 5-10 minutes plugged-in, the battery can survive for approx. 3 more hours.

Doze is an interesting feature of marshmallow; it automatically puts the device into a sleep state when your device is at rest for a longer period and it saves battery too.

This is for sure not the best in the budget but yes one of the best with the specs. If you are a Nexus guy and want to stick to it, this is the best sequel Nexus 5 could have.

Also, people who don’t wish to be in due to receive update rollout but want to stay ahead, at first, should grab one. But others need to see their priority concerning specs while making a purchase and should definitely compare with other options available in the market.