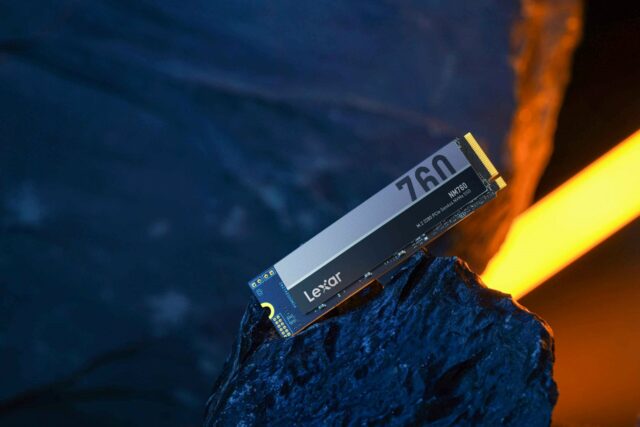 Lexar, a leading global brand of flash memory solutions, has announced the launch of the all-new Lexar NM760 M.2 2280 PCIe Gen4x4 NVMe SSD for the Indian market. The SSD has been specially designed, keeping in mind the professionals from the field of gaming and filmmaking, who are in need of faster speed and more computing power to transfer high-quality data.

The Lexar NM760 M.2 2280 PCIe Gen4x4 NVMe SSD allows you to enjoy a high-speed gaming experience with a speed of up to 5300MB/s read and 4500MB/s write1. It is a PCIe NVMe SSD which is 9.6×3 the performance compared to traditional SATA based SSD. Leveraging PCIe Gen4x4 NVMe 1.4 technology standards to ensure a faster and smoother gaming experience, the NM760 is also backward compatible with PCIe 3.0.

Commenting on the launch, Mr. Gaurav Mathur, Director, Lexar Co., Limited said” Lexar as a brand is always committed to providing the best of product solutions for the professionals from the field of gaming and video making who require a good bandwidth to transfer and manage their high-quality content. With the launch of the Lexar NM760 M.2 2280 NVMe SSD, we are confident that with its superior technology and brilliant performance, the product shall become a great choice for PC enthusiasts, and professionals who want to upgrade their system.”

The Lexar NM760 M.2 2280 NVMe SSD is also widely compatible with notebooks, personal computers, and even your PlayStation® 5, enabling them to deliver powerful performance for high-speed storage backup and access. Also, with its optional heatsink, Lexar® NM760 M.2 2280 NVMe SSD is capable of giving you a high performance while keeping the SSD cool.

Lexar NM760 M.2 2280 NVMe SSD will be available in India from June and can be bought from all the leading online and retail stores in India. The starting capacity is 512GB, Starting capacity of 512GB, and the NM760 price starts from Rs.10000/-.