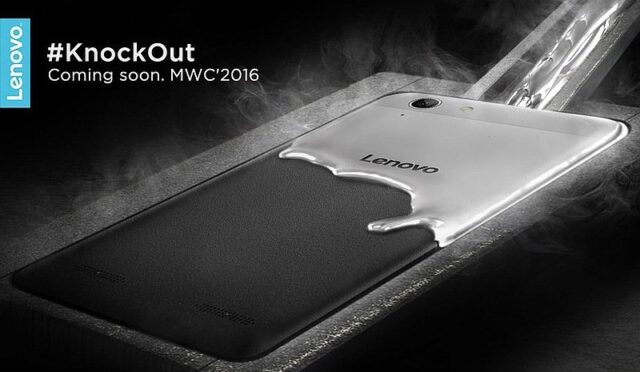 Lenovo (NASDAQ: LNVGY) promises to make an appearance at the MWC 2016 with by launching the Lemon 3 Plus. A teaser hashtagged “#KnockOut Coming Soon MWC 2016” from their official social accounts grabbed the attention of many.

An image accompanied the message “A gorgeous new device has been engineered from scratch to deliver the #Knockout punch” on Lenovo India’s Twitter account.

The design of the phone in the image suggests that it is an upgrade to the base model Lemon 3, which they officially released earlier this January in China. The image suggests metal being poured onto the phone which says it would have a sleek full metal body.

The Lemon 3 Plus will sport a bigger screen at 5.5 inches while providing the same Full-HD resolution as its predecessor; the Lemon 3. Powered by an octa-core Qualcomm Snapdragon 616 processor with the Adreno 405 GPU and a 3GB RAM.

A 13MP rear camera along with a 5MP front camera go along with an internal storage memory of 16GB, which can be extended up to 128GB with a mircoSD card.

The new devices will house a larger battery at 2,300 mAh, which Lenovo says will allow users up to 13 hours of calls and 11.5 days on standby.

The China-made Lemon 3 offers the option of having two sim cards in the same phone, better known as dual-SIM support. It is unclear if Lenovo will add the same option to the Lemon 3 Plus.

With a larger battery, metal finished body over polycarbonate, decent stereo speakers and 0.5 inches more of visual space, the Lemon 3 Plus is expected to cost approximately Rs. 9,000 to Rs. 12,000 compared to its predecessor that retails at approximately Rs. 7,300.

Finally, the phone will run on the Android Lollipop 5.1 operating system, given that Lenovo does not decide to add Android 6.0 Marshmallow on the new phones.