Lenovo is two days away from launching the next smartphone in the very successful K-series; the K8 Note. Amidst to the launch, a new Lenovo smartphone with the name K8 Plus has been spotted on the Geekbench benchmark application revealing few details about the device. The leaked device is expected to be powered by the MediaTek Helio P25 SoC and runs on the latest Android 7.1.1 Android.

Sadly apart from the details mentioned above, nothing else is known about the device in question, but on the bright side, as the device started surfacing on the benchmark application, we expect more details to pop up as we move forward. The Lenovo K8 note will be launched in India on August 9th, and the company is bragging about the powerful specifications of the device for some time now. It is expected that the Lenovo K8 Note will sport a 5.5-inch display and will be powered by either MediaTek Helio X20 chipset with 4GB RAM with 64GB storage and runs on Android 7.1.1 Nougat out of the box. 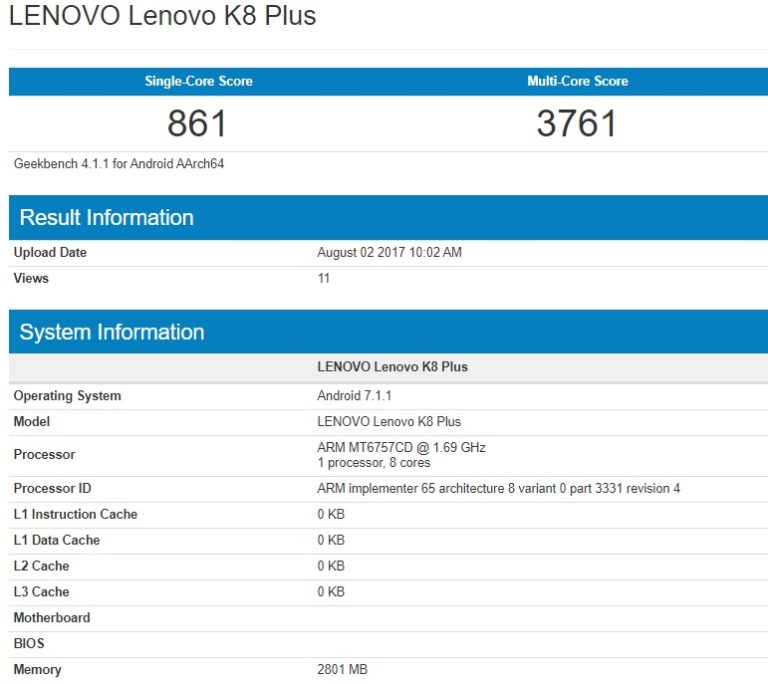 The K8 Note will be an Amazon exclusive device. Stick around to PC-Tablet to know more details about the Lenovo Vibe K8 Note Plus as we will be updating once we know more about the device.