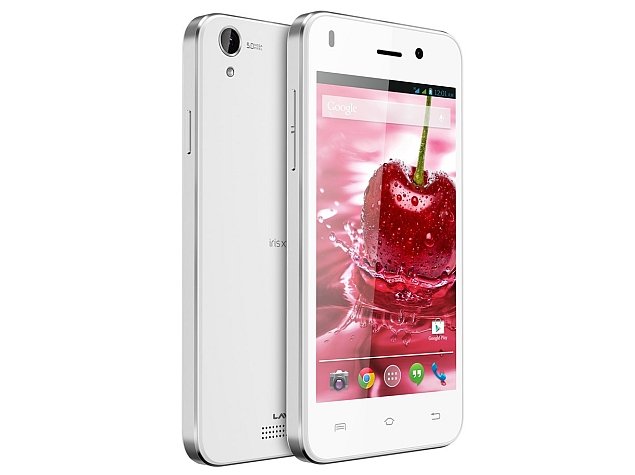 Lava has just announced two new smartphones to enrich its Iris series with smartphones that have updated hardware. Lava Iris X1 Grand and X1 Mini are both different variants of Iris X1 that was launched last year. Both of the phones are budget phones but have a varied price and specification.

Of the two smartphones that the company announced, Lava Iris X1 Grand packs more power under the hood. With a 5-inch 854×480 pixels resolution IPS display, it has quad-core 1.3GHz MediaTek MTK6582M processor and 1 GB of RAM. The phone runs on Android 4.4 KitKat out of the box but the company promises that Android Lollipop update is on the way.

On the back of Lava Iris X1 Grand is a dual-LED 8 megapixel camera. It can record video in full HD resolution and can shoot good quality photos in low light thanks to its BSI III sensor. For selfie, there is a 2 megapixel front camera as well.

Lava Iris X1 has 8 GB on board storage and is backed by a 2200mAh capacity battery. The company said it would cost Rs. 7,326 and will hit the shelves in the first week of February.

But for customers who can’t shell out that much money, Lava has the smaller phone up its sleeves. The Iris X1 Mini phone will hit the stores around the same time but will cost only Rs. 4,348. This phone has 4-inch 480×800 pixels resolution IPS display and quad-core 1.2GHz processor under the hood. It has 512 MB RAM, so the performance shouldn’t be too amazing.