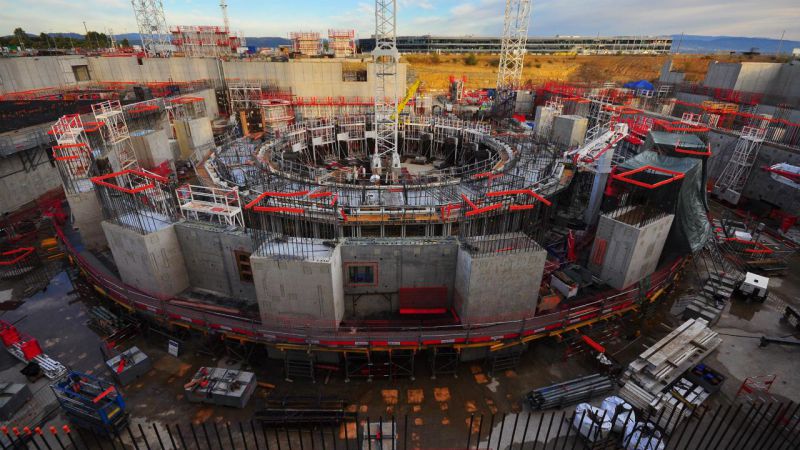 The Brexit may have created a lot of fiasco for the European Nations, but it will not delay the multi-billion-dollar ITER being built in Southern France. Till now there has been no delay from India to deliver the components for the International Thermonuclear Reactor (ITER).

So far India has already spent approximately Rs. 2,000 crore on this project to build a 500-megawatt fusion reactor that intends to deliver equal energy to that of the Sun. On this project, India is supplying nine different packages including cryostat, cooling water systems, radio frequency heating sources, cryo distribution and cryolines, power supplies and some other part of the diagnostics system.

The project which began in 2006, is made to determine whether nuclear fusion can be a source of energy and electricity in the future. So far it has been predicted by members of the ITER that the project would be completed by December 2025. But it will take a while for the project to start.

Other than India, which contributes 9 percent of the components, ITER also has other countries like China, Japan, South Korea, Russia, European Union, the United States, etc. that is part of this project.

Larsen & Toubro Hazira, INOX India Limited Vadodara, L&T Construction Chennai, ATL Bangalore and Linde India Limited Kolkata are some of the private companies from India that will be making components for the reactor.

Till date we have delivered somewhere near to 10 percent of the total components.

Recently Laban Coblentz, Spokesperson of ITER International Fusion Energy visited the Gandhinagar-based Institute for Plasma Research. He was quite happy with India delivery, design, and interface.

About 45 percent of the construction cost of the reactor comes from the European Union. So there has been speculation whether British exists will affect the project in any way, but ITER officials believe the project will get commissioned by 2025 and will not suffer any hurdle despite British not being part of EU.