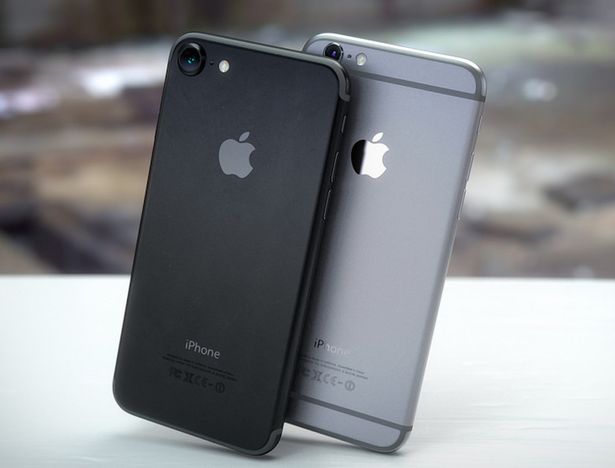 When the recently launched iPhone 7 and iPhone 7 Plus got rave reviews from various quarters, rumors about iPhone 8 has started to surface on the web. According to reports coming in, the iPhone 8 will ship with edge-to-edge display with physical home button infused into the display. The iPhone 8 will be most probably release on September 8, 2017.

According to industry analysts, the iPhone 8 will be a much-anticipated “mega-cycle” product. This is because 2017 marks the ten-year anniversary of iPhone release. Previously, there were rumors about the fact that Apple had reserved few crucial features for the upcoming iPhone 8.

According to New York Times reporter, who had a secret discussion with two anonymous Apple employees, the iPhone 8 will feature a full-screen face with the virtual button built directly into the screen.

iPhone 8 will have Edge-to-edge OLED display

Even though the latest revelation is not new, the iPhone 2017 is expected to introduce an edge-to-edge OLED display. Moreover, you will not find the top and bottom bezels on the front-facing portion, where the front-facing FaceTime camera and Touch ID Home Button are currently placed.

In the recently released iPhone 7 and iPhone 7 Plus, the physical home button has been redesigned in such a way to produce Apple’s Taptic Engine. This is not an actual button but it mimics a button press. There are reports that iPhone 2017 will be integrated with the OLED display in addition to the Touch ID functionality.

Apple iPhone 8 will be a single sheet of glass

If Apple indeed integrates an all-glass paired with an edge-to-edge display, the iPhone 2017 will largely fulfill the core mission of Apple design chief Jony Ive’s vision. According to sources, Ive’s vision was to design and manufacture an iPhone 2017 that looks like a single sheet of glass. It seems that his vision is going to be fulfilled, although we don’t have any official confirmation.

iPhone 8 will ship with a flexible OLED

On the display front, you can expect a flexible OLED instead of IPS LCD. This technology enables the Cupertino-based technology giant to produce a thinner device that not only consumes less power but also offers an improved display.

According to reports, the display of the upcoming iPhone will have an extra high contrast ration with more vivid and true to life colors.

Curved OLED only for 5.8-inch iPhone 8

Talking about the design, the iPhone 8 will have edges that are curved on both sides. If this development turns out to be true, you can expect a design which is similar to the Samsung Galaxy S7 Edge. However, the curved OLED variant will be available only on the 5.8-inch model. The 4.7-inch standard and larger brother with a 5.5-inch variant of iPhone 8 will offer flat IPS LCD displays.

That being said, the recently launched iPhone 7 and iPhone 7 Plus will be available from September 16 for the first set of pre-order customers. Apple had removed the traditional headphone jack, a flush home button, water-resistant body, enhancements to the camera including the addition to a dual-lens camera on the iPhone 7 Plus.

Interestingly, even though Apple had integrated water-resistant feature, the company will not provide any warranty for phones which are damaged due to water.