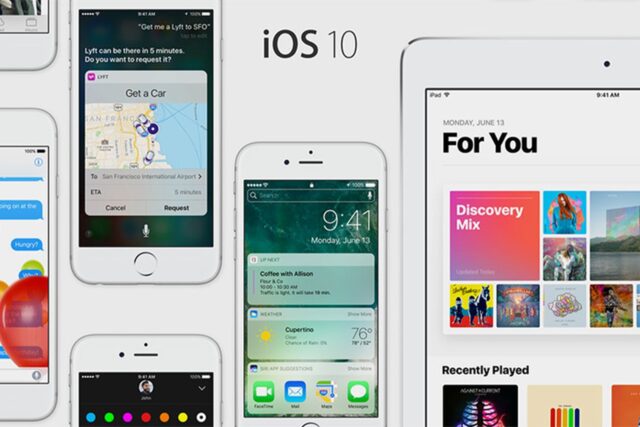 Apple held its WWDC 2016 conference on June 13. Updates to Apple’s iOS and OS X (now macOS) took the center-stage of the developer conference. iOS 10 was launched for iPads, iPhones, and iPods; where a couple of older generation devices, especially the iPods have been left out.

Part of the reason is that the new iOS 10 is intuitive, interactive and comes with an entirely new appeal. All this and it still looks like a lot of its features come from the Android platform powered by its market rival Google.

While this is true and it makes Apple seem like it is only keeping up with their rival’s offerings; critics overlook that Apple is moving a step closer to make their iOS platform more open and flexible, providing some of the freedom that Android allows its users.

The new iOS will ensure you never miss a notification. Whenever you grab your device, even if to slip it into your pocket; your screen will wake up, and you’ll be able to view your on-screen notifications. Handy as it may be, some not all, Android phones have featured this offering before Apple. 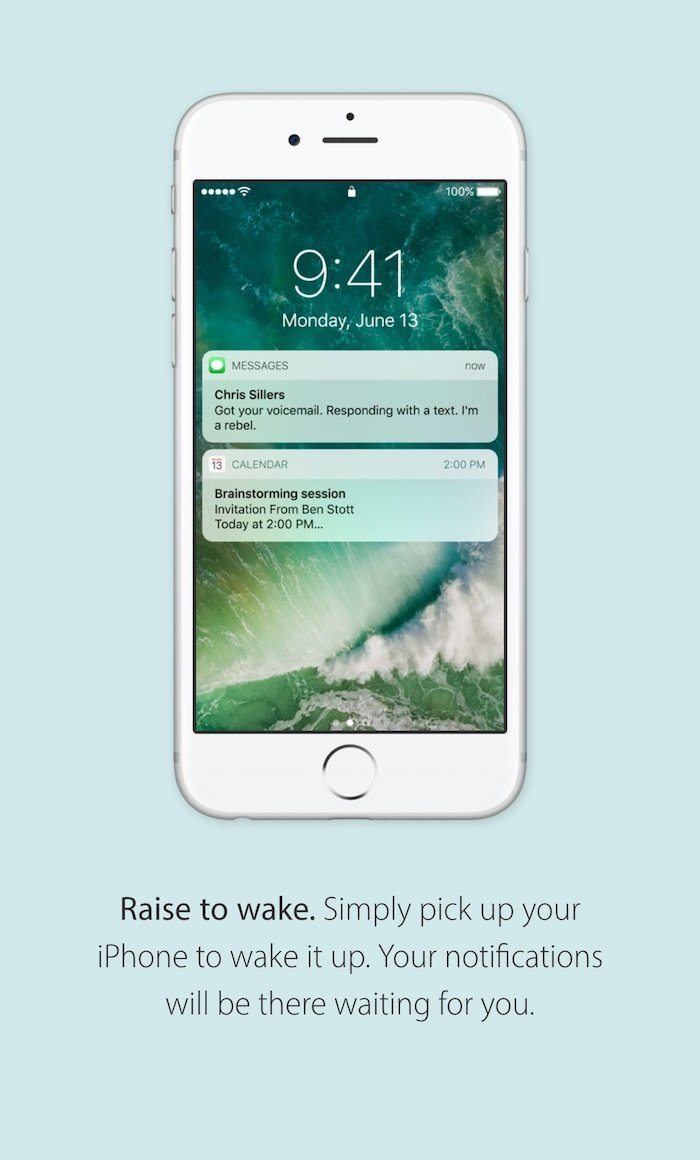 The photos app comes with an all new layout, with your photographs displayed in a collage, including your panoramas. Panoramic images would previously appear with a small icon and show as a regular square tile instead of the full breadth-view under your photo stream. The intelligent AI is able to sort photographs by using facial recognition as well as geo-location tracking. While this is said to be copied from Android, the ‘Photo’s app on the Mac had previously allowed you to tag faces on photographs to quickly pull up snapshots with names. Both Siri and Apple Maps have opened their doors to developers as well as third-parties. Maps now feature a richer breed of information and shows more stops and local information. Third-parties can integrate their businesses or services on Apple Maps to be located easily. Siri will also be open to developers. This will allow them to make use of voice commands for their apps, extending user experiences.

Google Maps has been around for decades and provides more cohesive information that Apple’s Maps can at the moment. Voice commands for third-party applications have been made available on Android devices for quite some time now. 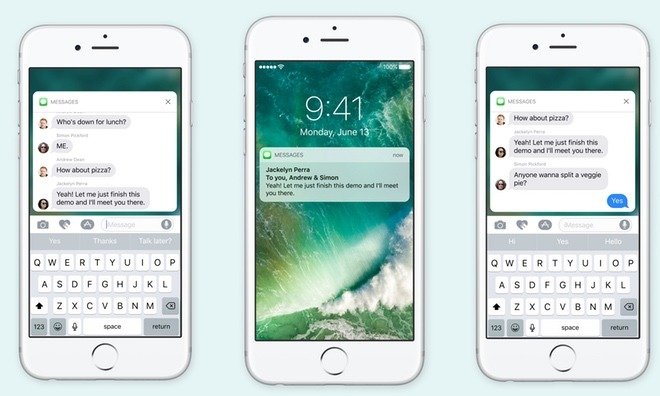 The notifications on Apple’s iOS 10 resemble the card-like panes that were made available since Android Lollipop 5.0. The new notifications are well-spaced out, appear larger and are more feature rich than on the previous iOS 9. A whole new tray for widgets can be accessed by swiping to the right when you’re in the notification center, and the new iOS 10 also allows users to clear all their notifications at one go. All previous builds of the iOS platform required a user to clear groups of notifications at a time. Again something very basic that has been available on Google’s platform for a very long time.

To some folks, applications like Stocks, Notes, Health and even Mail are of no good use. Now iOS 10, for the very first time allows users to uninstall stock applications that they feel they wouldn’t require. This, of course, won’t work on need-based apps like Phone or Messages. Android powered devices have allowed their users the liberty to dabble with customization of their OS since the very beginning. 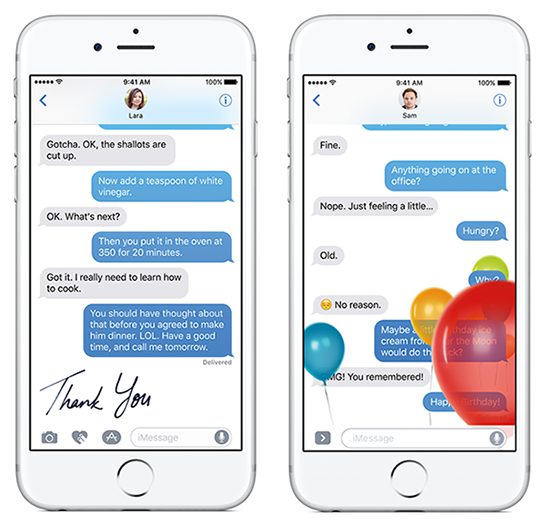 The messages app is now renewed and will show you rich previews to links within your chat window. The iOS also allows you to send messages by handwriting them on your screen and also displays media in-line with the messages. Again, these features were made available on Android devices since the Lollipop build.

Apple has finally also decided to allow split-view browsing on Safari. While Apple will only introduce it for the iPad, some large-screen Android-powered phones allow you to use a split-window functionality to browse on them too. While the last build of the iOS brought the lock Notes, feature making them more secure, the new iOS 10 seems to look to make you share your Notes with others, and in fact collaborate on the same Note. Android devices have of course allowed you to do this before Apple has.